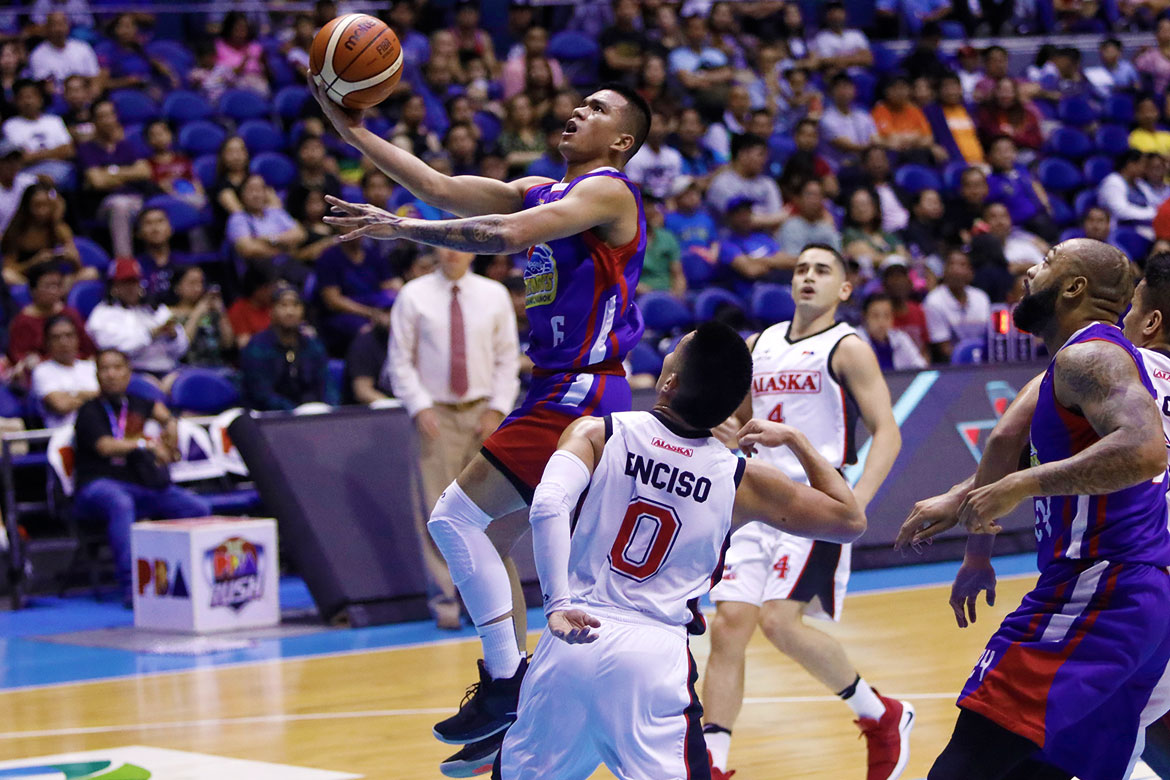 The Magnolia Hotshots continue to sizzle in the 2018 PBA Governors’ Cup as they earned their fifth straight win by staving off the Alaska Aces late, 83-73, Sunday night at the SMART Araneta Coliseum.

The Hotshots blew a 20-point halftime lead as the Aces made a furious rally to close within two, 73-75, with 2:17 left in the game, until Paul Lee struck the dagger with 48 ticks left. Magnolia then scored six more to secure the victory.

Import Romeo Travis had 19 points, 17 rebounds, four assists, two steals, and a block against his former team Alaska, whom he steered to the 2015 Governors’ Cup Finals. Jio Jalalon had 18 points, nine caroms, and five dimes.

Mike Harris led the Aces with 24 points and 25 rebounds. Chris Banchero had 13 points and seven assists, while Vic Manuel – who fouled out with 2:33 left in the game – provided 12 points, four rebounds, and two steals.

The Hotshots have improved their card to 7-1 to solidify their hold of the top spot of the team standings. The Aces, meanwhile, failed to extend their winning streak to three and are now in fourth with a 5-2 record.

Magnolia will look to make it six in a row versus the Meralco Bolts on Friday, October 19, at the Ynares Center in Antipolo, while Alaska will face the 0-8 Columbian Dyip on Wednesday, October 17, at the Cuneta Astrodome.