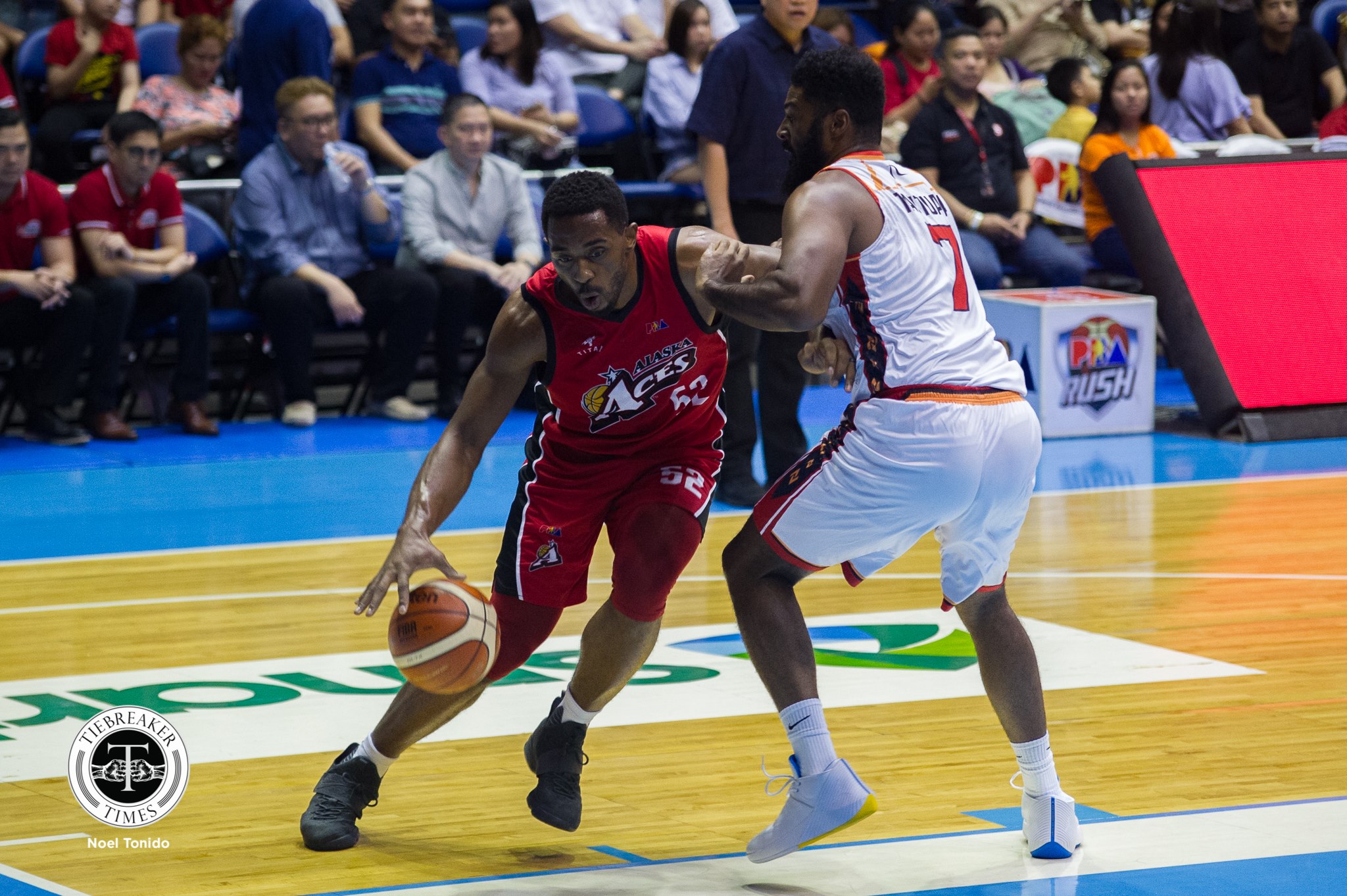 The Alaska Aces have assured themselves of a twice-to-beat advantage for the 2018 PBA Governors’ Cup quarterfinals after a 95-85 conquest of the NorthPort Batang Pier, Sunday evening at the SMART Araneta Coliseum.

The Aces finished the eliminations with an 8-3 record. Their seeding has yet to be determined, as five more games have yet to be played.

“At halftime I talked to the team. It was just short. And they responded,” said Alaska head coach Alex Compton, as his wards were lethargic in the second quarter, allowing NorthPort to score 32 in that period.

Alaska freed itself from NorthPort’s clutches just late in the final frame, uncorking 14 straight points – ended by Mike Harris’ three-point play – en route to an 89-78 lead with 2:04 left to play, a lead which they never relinquished.

Harris had 27 points and 25 rebounds to set the pace for Alaska. Chris Banchero made 15 points, five boards, and three assists, while rookie Jeron Teng was all over the place as well with 13 markers, four caroms, and three dimes.

Vic Manuel chimed in 12 points and seven rebounds, and Jvee Casio made 11 points.

Rashad Woods led the Batang Pier with 33 points – 18 in the fourth quarter alone where he scored 10 straight in a four-minute span – and 13 rebounds. Stanley Pringle contributed 15 points, while Mo Tautuaa had 13 and six boards.

Sean Anthony provided 10 markers and 12 rebounds for NorthPort, who finish the conference with a 2-9 record.

READ  Despite winning back to back games, Abueva says Aces can't be overconfident