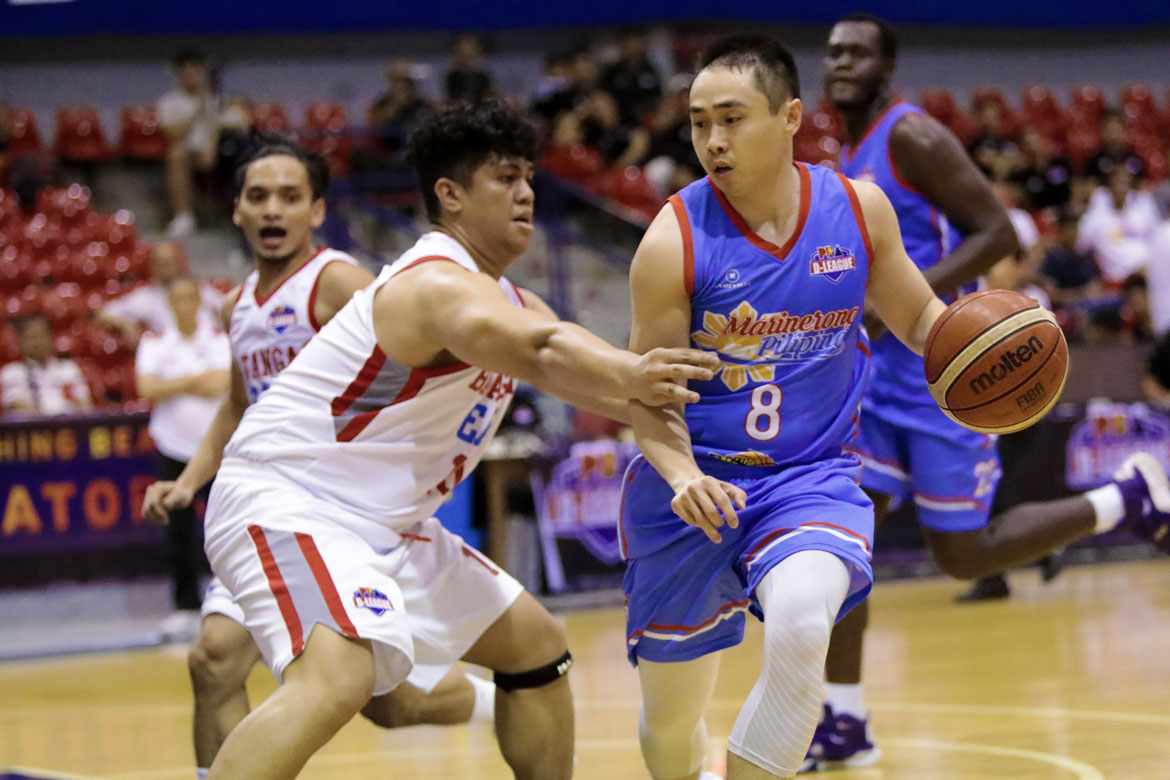 The Marinerong Pilipino-TIP Skippers subdued Team Batangas with a 42-point rout, 106-64, to bounce back in the 2018 PBA D-League Foundation Cup Monday at Ynares Sports Arena in Pasig.

Robbie Manalang and Trevis Jackson paired up for the Skippers as their stupendous guard play allowed their side to break away in the first half, 53-24, and set up the easy win.

Manalang was hot from deep, pouring 20 points bulit on four triples, while Jackson was solid as always with his 19 points, four rebounds, and four dimes.

The front court also joined in the party, with Jorey Napoles, Abu Tratter, and Javi Gomez de Liaño combining for 30 points and 36 rebounds.

Their efforts proved to be more than enough to help Marinerong Pilipino rise to 2-1, and more importantly, rebound from its 88-71 loss to Che’Lu Bar and Grill last week.

“Thankful ako na they repsonded to the challenge after playing that horrible second half against Che’Lu,” said coach Koy Banal.

Winning by a big margin, the seasoned mentor hopes that the lessons of this blowout will be inculcated to the Skippers to maintain their intensity in the coming games.

“I hope na-send namin yung right message sa team na they have to learn how to play the game the right way. Whoever going up against, whatever the situation is, we want to play the same way,” he said.

Marinerong Pilipino was dominant in all fronts, winning the rebounding battle, 66-41 as well as blocking 11 shots from Batangas.

READ  Facing Lyceum was like getting beatdown by Manny Pacquiao, says TY Tang

Cedric de Joya uncorked 19 points and five rebounds for the Generals, which slipped to a 1-2 record.

Isaac Go, Donald Tankoua to be crowned as Pivotal Players of the Year