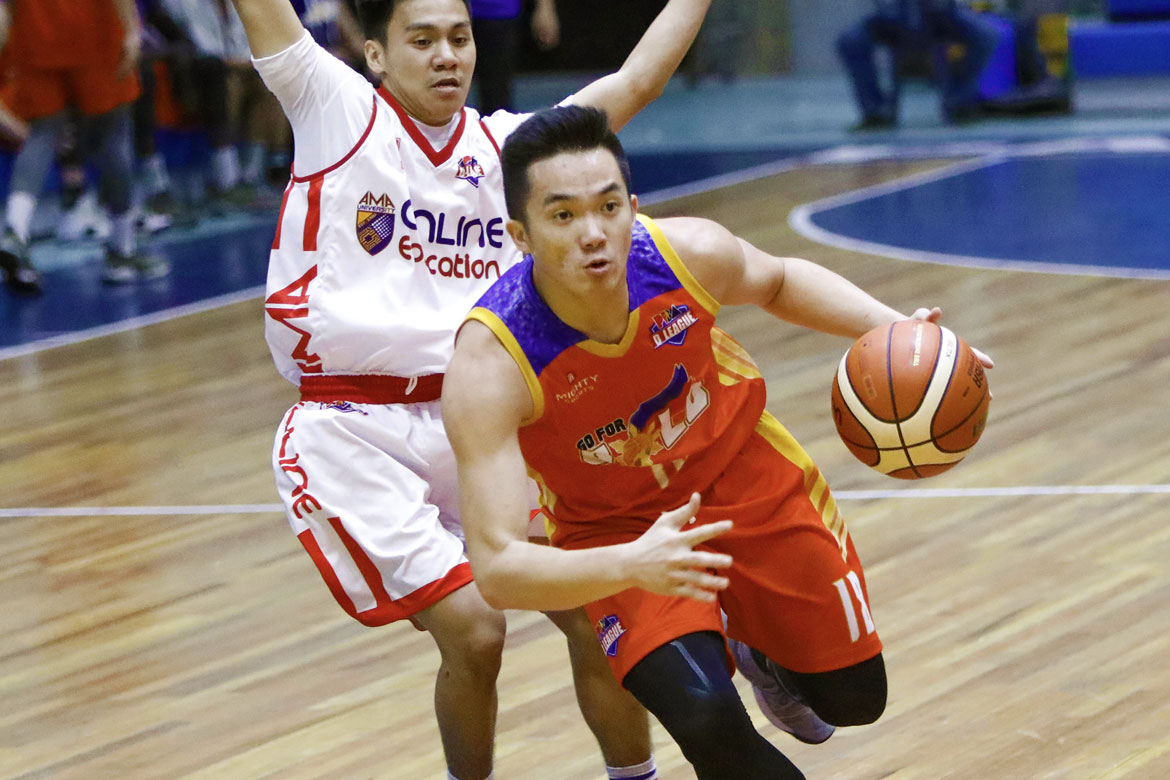 The Go for Gold Scratchers were on point from distance to bombard the AMA Online Education Titans, 122-82, and close out their 2018 PBA D-League Aspirants’ Cup campaign on a high, Monday at Pasig Sports Center.

The Scratchers went on a sizzling 20-of-50 clip from beyond the arc in the wire-to-wire victory, starting the game on a 19-4 tear as the lead ballooned to as much as 47, 122-75, in the closing moments of the beatdown.

Matt Salem led the snipers with his 18 points built on four threes, while also hauling down 10 rebounds and dishing out two assists.

Jimboy Pasturan also took advantage of the rout, going for 18 markers on a 4-of-10 shooting from rainbow country.

Paul Desiderio shot 3-of-9 from downtown as he missed out on a triple-double with 16 markers, eight assists, and seven rebounds, while Carlo Young got all of his 15 markers from treys.

Go for Gold coach Charles Tiu could only commend his wards for competing in this maiden foray in the developmental league.

“We’re still a young team and we lost a lot of close games. I felt that even with that, we could have made the playoffs. But at least, we’re happy with how we ended our campaign,” he said, as the Scratchers closed out their run at 5-6.