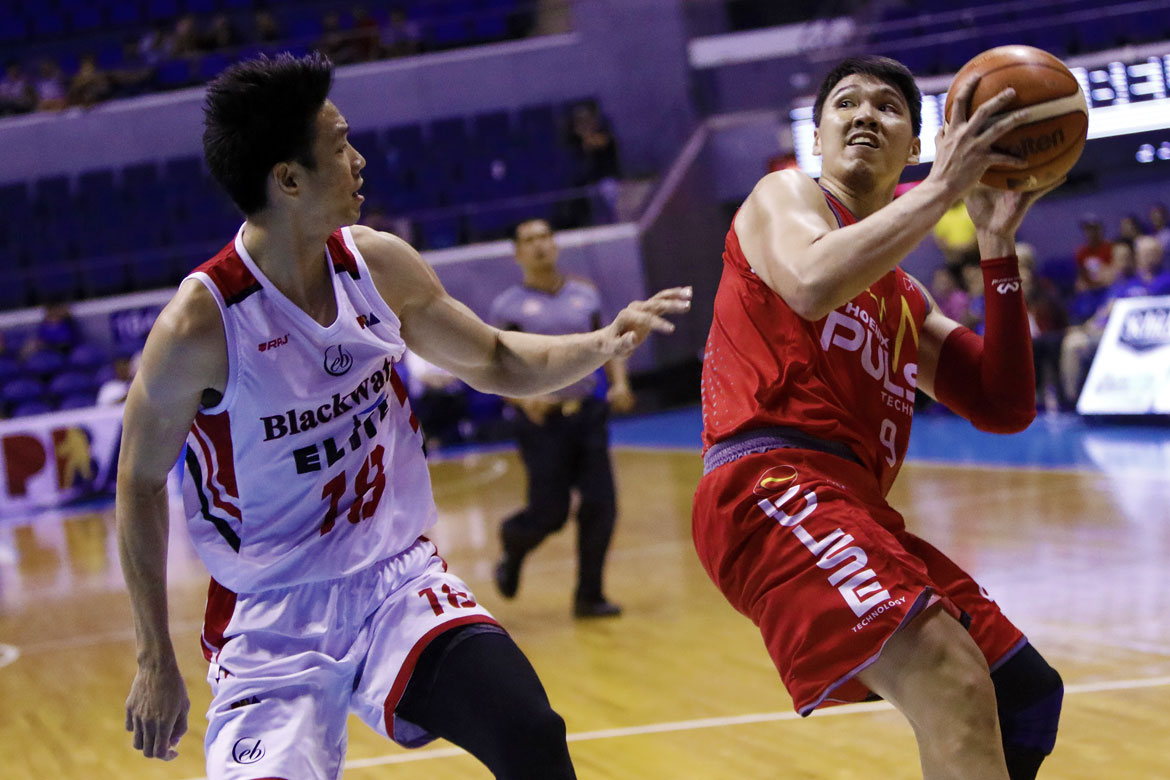 Though it was not easy, the Phoenix Fuel Masters will gladly take it.

The debuting Phoenix Fuel Masters lost hold of a 22-point lead, but were able still able to hold off the Blackwater Elite, 107-102, Wednesday evening at the SMART Araneta Coliseum.

Behind the frontline duo of James White and Justin Chua, and their excellent defense led by Matthew Wright, the Fuel Masters raced to a 42-20 lead midway through the second game.

“Talagang nagpa-kondisyon si Justin for the second conference,” Alas remarked about Chua, who scored 12 of his 17 points in the first half.

But Phoenix could not contain the hot hands of Roi Sumang in the third frame, as he turned an easy rout into a tight contest. Sumang scored 11 points in a furious 19-3 run capped by his free throws to slice the lead to just a solitary point, 70-69. And they were able to do this without JP Erram, as he was ejected from the contest at the 8:47 mark of the second frame for being disrespectful to the game’s officials.

The comeback attempt by Blackwater continued to the final frame, as a Mac Belo triple knotted the game at 98-all. However, turnovers plagued the Elite, which led to a dunk by White and an and-one play by Willie Wilson to seal the deal for Phoenix.

Sumang led the Elite with 20 points, while Belo and import Jarrid Famous had 19 points each. Famous gobbled down 16 boards as well.

The Fuel Masters will next face the TNT Katropa on Saturday, April 28, at the Ynares Center in Antipolo. Blackwater, on the other hand, will look to avoid a 0-3 start when they take on the Alaska Aces on Sunday, April 29, at the SMART-Araneta Coliseum.