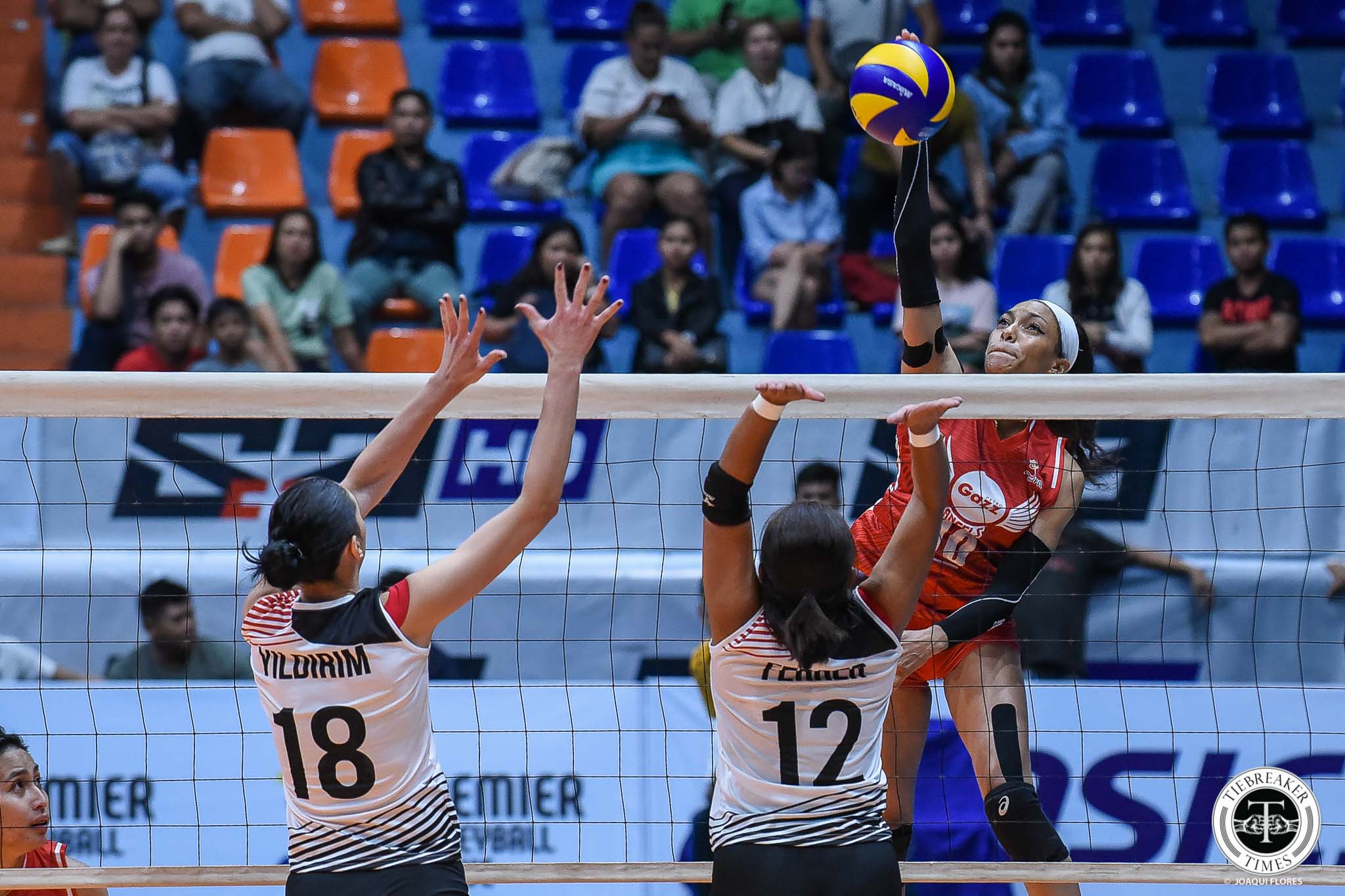 Buoyed by an opening day upset over the defending champion Creamline, the Petro Gazz Angels made swift work of the re-tooled BanKo Perlas Spikers, 25-19, 25-21, 25-12, in the PVL Reinforced Conference Season 3, Wednesday evening at the FilOil Flying V Centre in San Juan City.

Johnson converted on 19 of her 34 attack attempts. On the other hand, Salas had an efficient 48-percent attack efficiency – much to the delight of Angels head coach Arnold Laniog.

Leading 2-0 in sets, Petro Gazz raced to a comfortable 10-point cushion in the third frame, 20-10, after Janisa Johnson registered back-to-back points via a kill and a block.

Following a bevy of attacks and a string of costly errors on the Perlas’ side, the Angels slammed the door to post their second win of the season.

American import Kia Bright – who had a scoring tear in last year’s edition of the import-laden conference – opened her season with a dismal six points for BanKo.

Debuting Yashemin Yildrim, a Turkey national, had nine points for the Perlas Spikers.

READ  It's all about repetition and confidence for Nabong

BanKo will try to bounce back and score their first win as they take on BaliPure Water Defenders on Saturday, June 1. Meanwhile, Petro Gazz seeks to keep their hot streak alive as they face newcomer Motolite on Sunday, June 2, at the same venue.