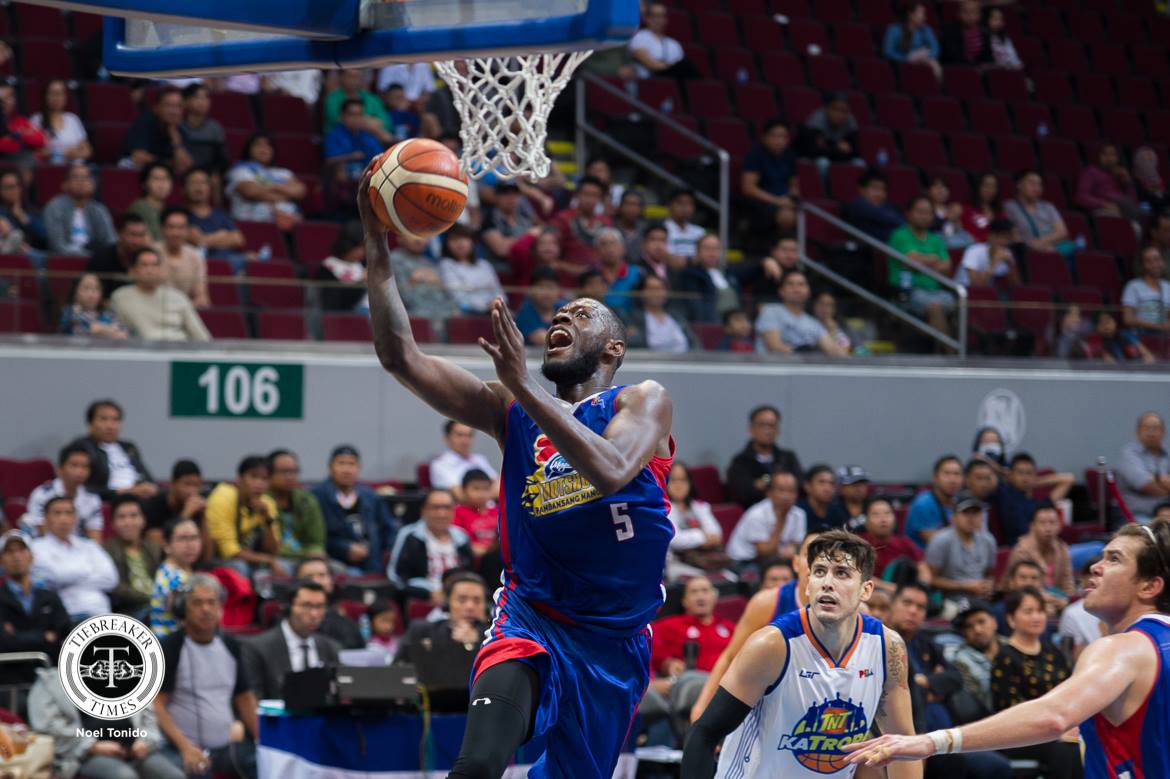 The Magnolia Hotshots returned to their winning ways in the 2018 Commissioner’s Cup after three straight losses, as they stopped the TNT Katropa’s three-game surge, 111-89, Wednesday night at the Mall of Asia Arena.

The Hotshots improved to an even 4-4 card, while the Katropa have absorbed just their second loss in the mid-season tilt and are now 6-2.

“Our battlecry is to find ways to win,” said Magnolia head coach Chito Victolero. “We’re undermanned. For the last two weeks, we have a different import. We have a problem with chemistry wth our locals and our import.

“But I told my players, try to find a way to win games and I’m very proud and very happy that they responded to our challenge,” he added.

Paul Lee led Magnolia with a game-high 25 points on 7-of-12 field goal shooting. Import Justin Jackson finally tasted a victory and was all over the place, finishing with 18 points, 19 rebounds, seven assists, and two blocks.

The Hotshots pulled away in the fourth canto and never looked back. From a silm six-point lead, Magnolia exploded for a 20-3 scoring blitz – ended by Rodney Brondial’s lay-up – to lead by 23, 99-76, with 6:42 left.

TNT failed to plot any hijack afterwards, as Magnolia kept on pushing the ball.

Brondial had his best game of the conference so far, as he produced 16 points and eight rebounds. Floor general Jio Jalalon chipped in 13 markers, six dimes, and five caroms with four steals for the Hotshots.

Terrence Romeo led the Texters with 17 points on 46 percent shooting, on top of seven assists and four rebounds. Roger Pogoy, still fresh from his Gilas stint in the FIBA 3X3 World Cup 2018 in Bulacan, provided 16 points.

Hefty reinforcement Joshua Smith – who was whistled for a flagrant foul penalty one midway in the payoff period, as he apparently swung his hand at Kyle Pascual’s face – was just limited to 12 points and 11 rebounds.