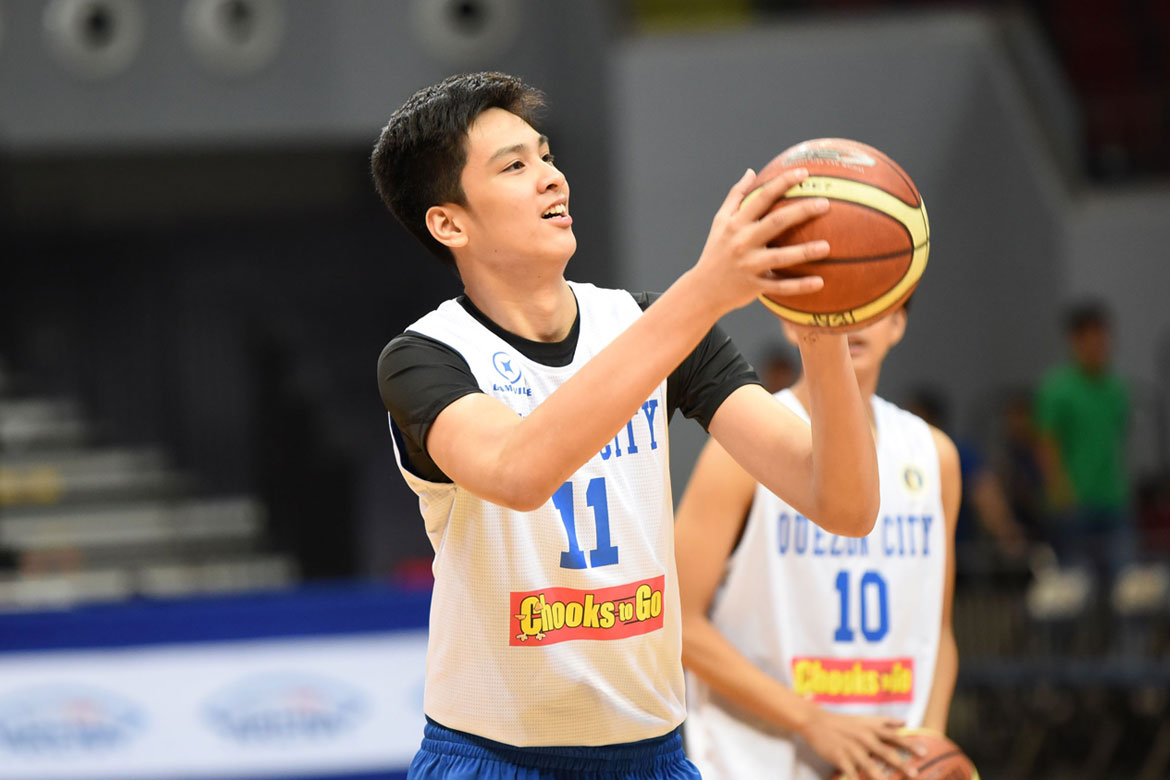 All the fancied squads in the First Round of the 2018 Exped Socks National Basketball Training Centre National Finals, presented by Chooks-to-Go, advanced to the Sweet 16, Monday evening.

Behind the towering Kai Sotto, UAAP champions Ateneo Blue Eaglets dominated the New Ormoc City Eagles, 98-47. The UAAP Season 80 Finals Most Valuable Player had 15 points on 70 percent shooting, to go along with six rebounds and three blocks, in just 16 minutes of game time.

The Blue Eaglets will face the 16th seeded Australia Pinoy selection, as AusPinoy was able to eke out an 86-79 win over Assumption Montessori of Cagayan de Oro.

It was also a smooth-sailing first round for the other top seeded teams.

The team B of the number 7 San Beda Red Cubs scored the biggest blowout of the day, notching a 105-40 victory over the St. Louis-Don Bosco of Dumaguete.

One of the top performers of the day was Harvey Pagsanjan of Hope Christian High School. After dropping 33 markers during the first eight showdown on Sunday, the gunslinging guard rallied Hope from 15 down to pick up an 84-77 win over St. Benilde International School of Calamba. Pagsanjan finished the game with 35 big points on 13-of-26 shooting

Besides AusPinoy, two more international teams advanced. Number 11 Durham Crossover of Canada escaped University of Baguio, 80-75, while number 13 FilAm Sports pounded De La Salle-Lipa, 92-59. The same could not be said about Camp David of New Zealand, as they lost to the Lyceum-Cavite Junior Pirates, 85-59.

All the teams that lost will be relegated to Division II.