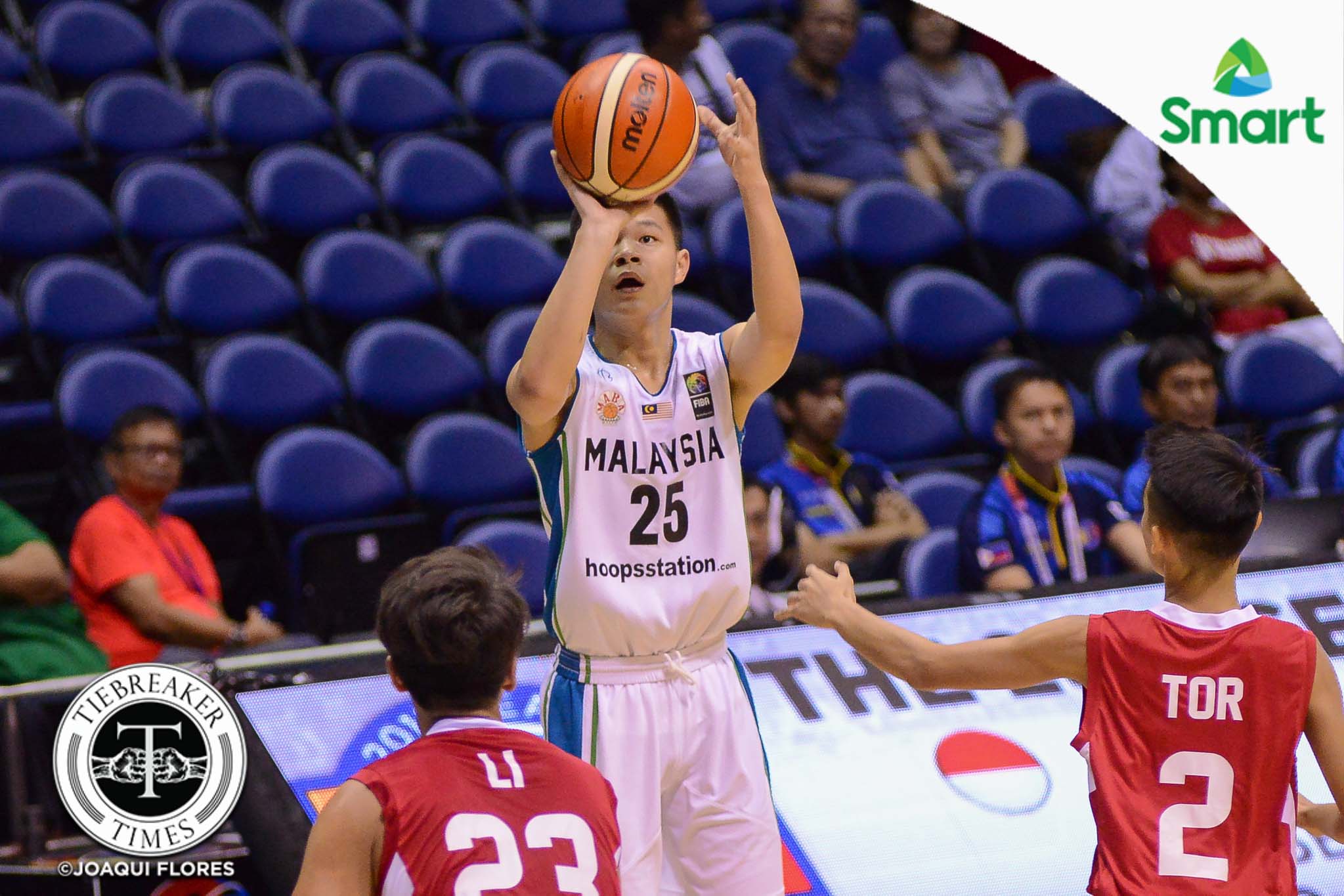 Malaysia just became the top-ranked team in the 2017 SEABA U-16 Championship after sending down Singapore, 77-56, for their third win in a row, Tuesday afternoon at the SMART-Araneta Coliseum.

The young Malaysians are now holding a 3-0 record, while Singapore has yet to win as they now went down to 0-2. The Philippines, currently 2-0, are idle for the game day.

15-year-old John Tang led the way for Indonesia once more with 19 points on 37 percent shooting along with five rebounds. Floor general Teoh Yi Kang supported him with an all-around showing of 15 markers spiked by three treys; seven rebounds, and six assists.

A stunning 14-0 attack by the Malaysians ended by Tang’s perfect charities that sent them to an 18-point lead, 23-5, with 2:27 left in the opening frame was a clear message that Tuesday afternoon’s salvo will be a one-sided affair.

Malaysia’s lead extended to as wide as 26, 73-47, after Tan Chee Wei made both of his shots from the foul line with 2:37 left to play. From there, they kept the Singaporeans checked to prevent any serious threat to take place.

No one from the Singapore side scored in double figures, with Bryan Teo serving as their only top scorer with nine markers.
Filipino-Singaporean guard Reuben Amado only had four points, but was able to dish out five assists. Fellow Filipino-Singaporean David Chuabio shot a horrid 1-of-14 from the field for six markers.

Malaysia outrebounded Singapore, 55-38. However, both squads had problems taking care of the ball — Singapore committed 25 turnovers, while Malaysia had 23. But the latter feasted on the former’s miscues as they turned it to 24 points.

Malaysia will take a break tomorrow, Wednesday, May 16, before taking on Batang Gilas in the tournament’s final day on Thursday, May 18, at 12:00 PM. Singapore will play Indonesia next tomorrow at 10:00 AM.