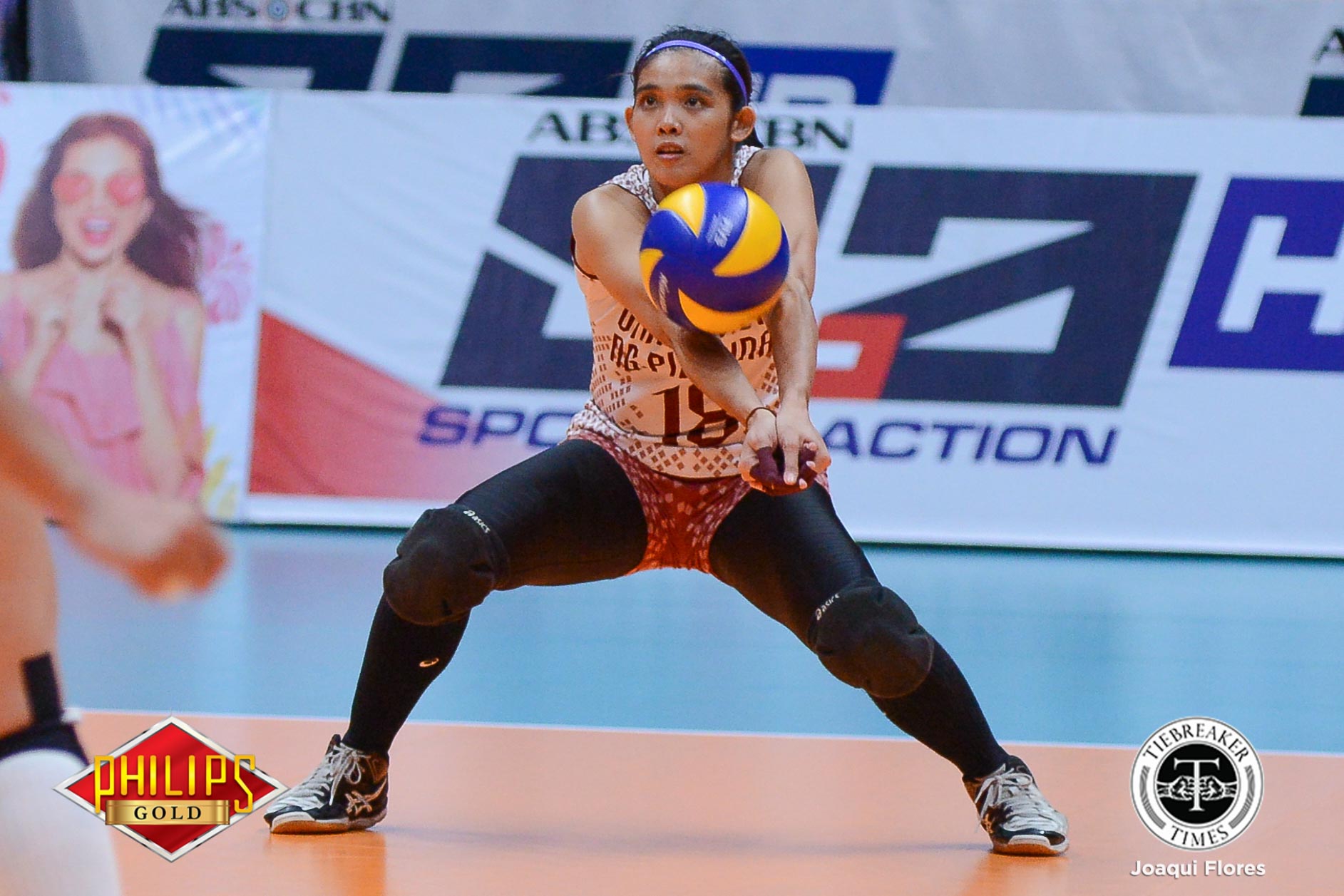 Rallying around their head coach Jerry Yee, the University of the Philippines Lady Maroons set aside their emotions, giving a spirited effort to take a four-set win over the Adamson University Lady Falcons, 23-25, 25-20. 25-13, 25-22, Sunday evening at the Filoil Flying V Centre in San Juan City.

The win created a logjam at 1-3 with UP, Adamson, the Power Smashers, and Perlas-BanKo tied at the bottom. But for the Lady Maroons, this win is much more important, as it ends a six-game skid extending from the 79th Season of the UAAP.

Yee’s prized recruits Tots Carlos, Isa Molde, and Maristela Layug were all instrumental in the win, especially in the fourth set.

Down 15-17, the Lady Maroons went on a 7-3 run, with a Layug kill knotting things up at 20-all. A soft tip by Carlos and an attack error by Lea-Ann Perez gave UP a two-point edge.

Adamson tried to muster one last comeback, but a Molde kill gave UP match point. Though Jema Galanza was able to get one back, the incoming junior did not allow another Adamson rally, ending the match with an emphatic spike.

“I think nag-enjoy lang talaga sila sa game nila. Kahit nung fourth set, lamang Adamson pero tyinaga lang namin. I think from the second and third, nakuha nila yung rhythm nila,” de Lara added. “It’s the reason why even if we were down in the fourth set, we had an advantage.”

Carlos tallied 20 points, while Molde and Layug added 17 and 10 markers each. Caryl Sandoval chipped in 13 markers, while team captain Arielle Estranero glued all things together, dishing out 34 excellent sets.

READ  Cignal HD shows might against Megabuilders to take Game One

De Lara declined to comment on whether this was Yee’s final game with the Lady Maroons. If it is, it was indeed a perfect send-off.

Adamson, a team coming off a huge win against the Power Smashers last Wednesday, were led by transferee Eli Soyud with 20 points. Skipper Jema Galanza added 18 points. However, the Lady Falcons committed 26 errors in the contest.

UP look to build on this win as they face Kathy Bersola and the Perlas-Banko Spikers on Wednesday, July 19, at 6:00pm. Adamson, on the other hand, will take on a tough assignment against the Pocari Sweat Lady Warriors on Sunday, July 23, at 6:30pm.

Paneng Mercado introduces self to new generation of fans