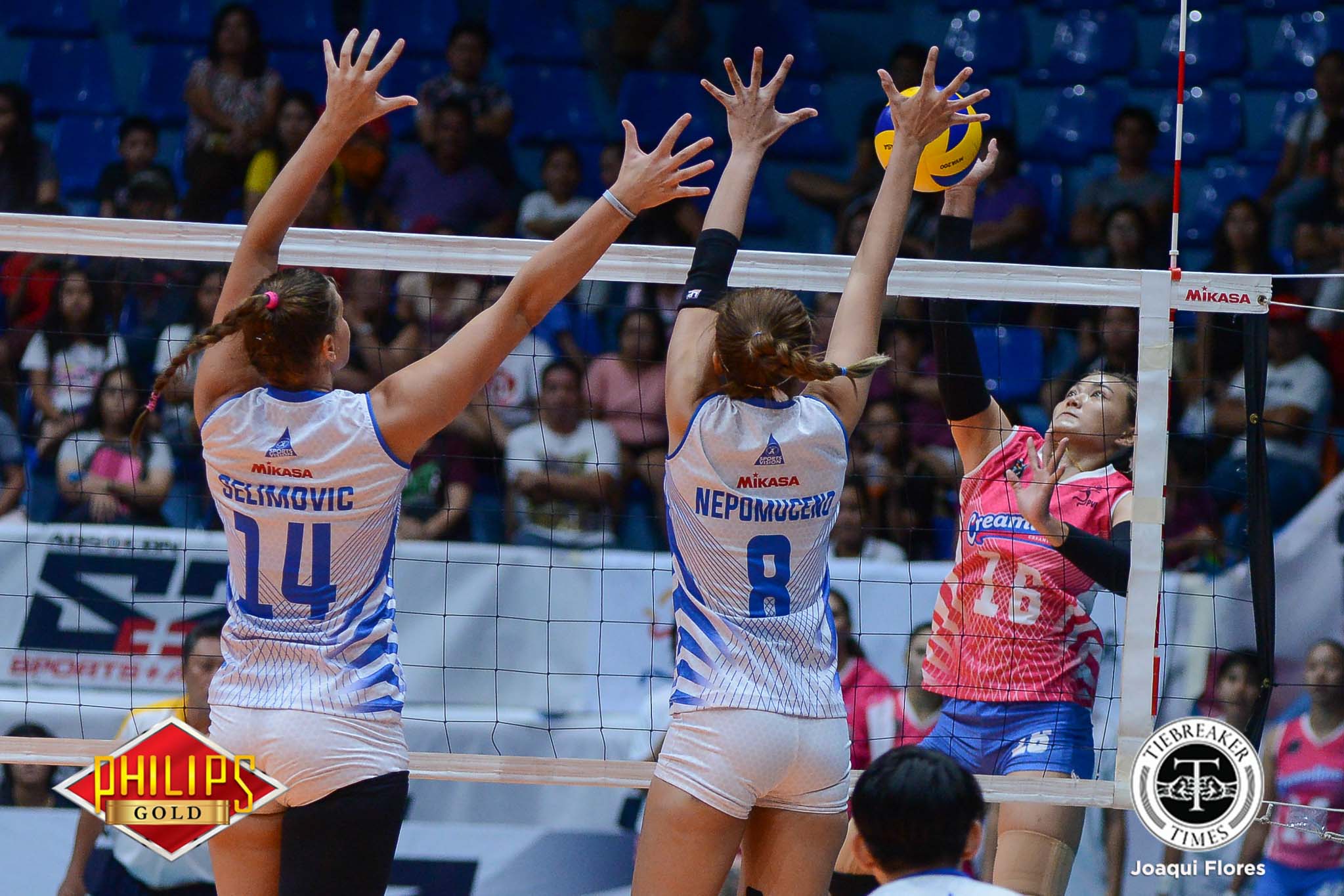 With their imports Laura Schaudt and Kuttika Kaewpin finally on the court after weeks of delay, the Creamline Cool Smashers revitalized their Premier Volleyball League Reinforced Conference campaign with a rousing four-set win over defending champs Pocari Sweat Lady Warriors, 21-25, 25-18, 25-20, 25-13, at the FilOil Flying V Centre.

From the start, Creamline looked like a different team from what their record showed. Armed with American opposite hitter Schaudt and Thai open spiker Kaewpin, the Cool Smashers kept Pocari Sweat at bay early in the first set but eventually fell behind. The Lady Warriors needed clutch serving from specialist Shola Alvarez to close the set, as the former NCAA Best Server delivered an ace and a free ball that boosted her squad to the win.

The Cool Smashers then showed tremendous form in the second set, burying Pocari Sweat in a 12-6 hole. Pocari Sweat middle blocker Jeanette Panaga brought her team to within two, 10-12, after finding the mark with consecutive serves. But Creamline quickly went on an 8-0 tear to put the frame out of contention.

The Lady Warriors tried to recover in the following set, taking a 12-10 lead. They quickly lost momentum, however, and allowed the Cool Smashers to establish a decisive 23-20 advantage late. Creamline had the pace of the match in their hands by the fourth set, rushing to a game-clinching 20-10 lead.

“Tingin ko we know that Pocari Sweat is a really strong team with that kind of imports, sobrang malalaki,” said Creamline assistant coach Oliver Almadro, who sat in for Tai Bundit as the head coach was attending to family matters in Thailand.

Kaewpin, Alyssa Valdez’s teammate in 3BB Nakornonnt in the Thailand Volleyball League, led Creamline with 20 points while Schaudt, who campaigned for Cignal in the PSL, added 14. Valdez was still phenomenal with 18 points on only 38 attempts, far below her 70-attempt average.

Creamline improved their record to 3-4 after absorbing back-to-back losses.

The Lady Warriors took their first loss after dropping their opening two matches. They dropped to second with a 6-3 record.