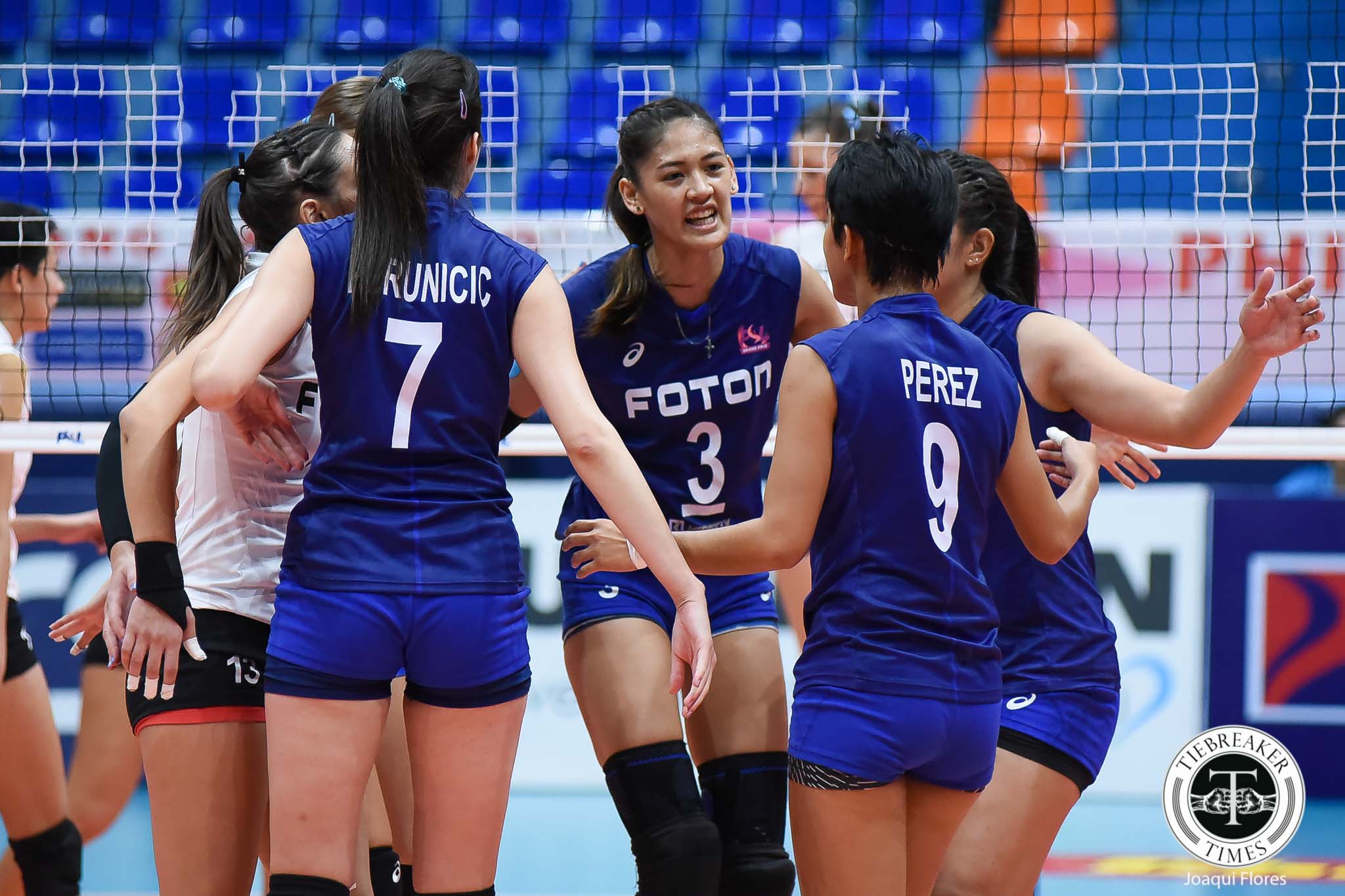 Three-peat seeking Foton Tornadoes imposed their will on the undermanned Iriga City Oragons for their fourth consecutive win, 25-10, 25-23, 25-19, in the 2017 Chooks-to-Go Philippine Superliga Grand Prix at the FilOil Flying V Centre.

The Tornadoes were dominant in all facets of the game as Iriga was still reeling from losing ace hitter Grethcel Soltones to a violation of the league’s One League Policy.

Foton served Iriga out of the gym, nabbing 11 aces while pulling 11 points from block kills. Still, Foton head coach Moro Branislav is looking for continued improvement from his squad as they face the league’s heavy hitters down th stretch.

“My team play good, but we could play better,” quipped the internationally-seasoned Serbian mentor. “Iriga City played very well especially in the second set. This is normal because every team have good imports. My team can still get better.”

The Tornadoes (4-0) take on the Petron Blaze Spikers (3-1) in a rematch of last season’s Grand Prix Finals on Tuesday at the FilOil Flying V Centre.

The Oragons (1-1) try to rebound against the Cignal HD Spikers (1-3) on Thursday also at the FilOil Flying V Centre.