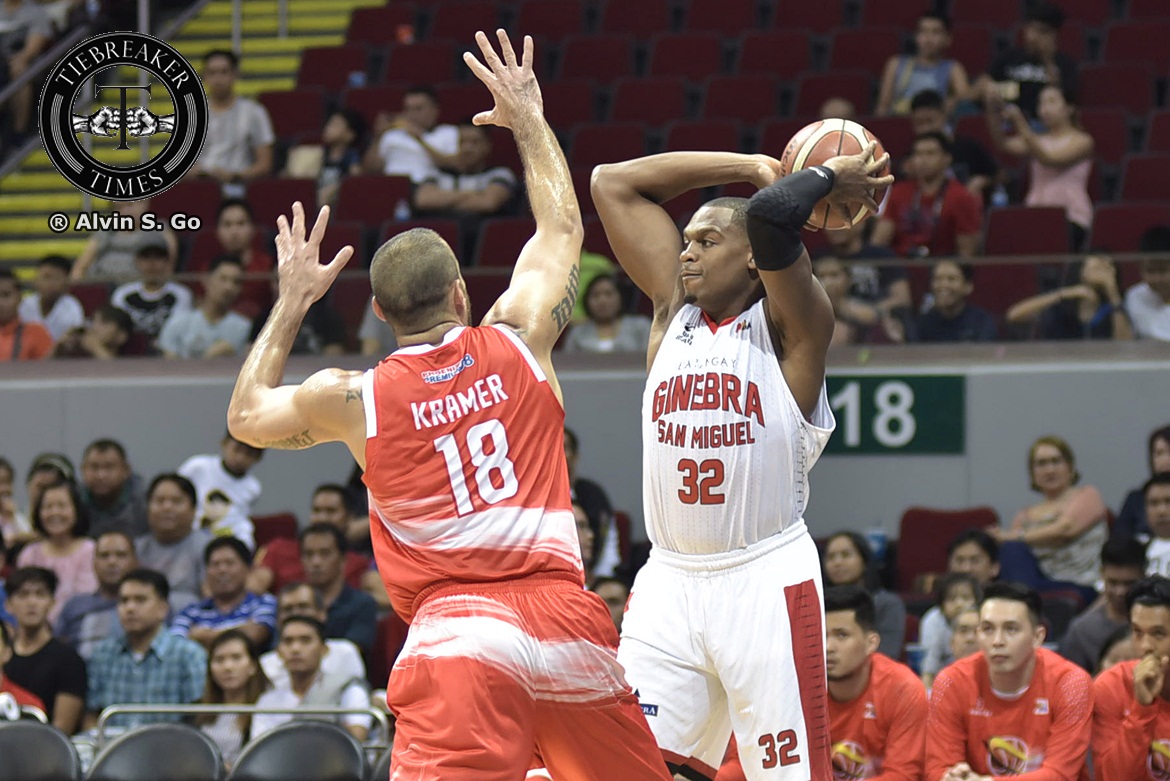 The Barangay Ginebra San Miguel have just become the 2017 Governor’s Cup hottest team, as they booked their fifth straight win at the expense of Phoenix Fuel Masters, 105-92, Friday night at the Mall of Asia Arena in Pasay City.

With the victory, which is the Barangay’s first win over Phoenix this season, the Gin Kings have now improved their card to 5-1 — similar to the Meralco Bolts — and moved a win away from booking a quarterfinal spot.

The Fuel Masters, on the other hand, absorbed their seventh straight loss and dropped to 2-7.

“We overwhelmed them with our size and we did a good job at protecting the rim,” said Ginebra head coach Tim Cone. “We were a little frustrated at halftime. We were playing a little sloppy and weren’t efficient as we wanted to be.”

The game’s first 24 minutes was a tightly-contested affair, until the Barangay broke away in the second half for good. Sol Mercado’s lay-up off a Phoenix turnover gave Ginebra their biggest lead at 22, 100-78, with 3:41 left to play.

“And what has been our MO this conference, we broke away in the third quarter. We were able to get some stops and get the lead. That was pretty much our story,” added the multi-titled mentor on the victory.

Joe Devance and LA Tenorio chipped in 14 and 12 points, respectively, for the Gin Kings.

Import Brandon Brown powered the Fuel Masters with 26 points, 18 rebounds, and four swats, while Matthew Wright backed him up with 26 markers. Both players, however, combined for 12 of their team’s 19 turnovers.

With their size, the Gin Kings owned the majority of the boards, 76-47. They also found it easy to score inside, collecting 68 points from the paint. They also took advantage of their offensive boards as they made 34 second chance points.

Ginebra will figure in another Manila Clasico affair with the Star Hotshots on, Sunday, September 3, at the SMART Araneta Coliseum. Phoenix, meanwhile, will look to end their skid versus the Rain or Shine Elasto Painters on September 13, Wednesday, 4:15 PM at the Ynares Center in Antipolo.