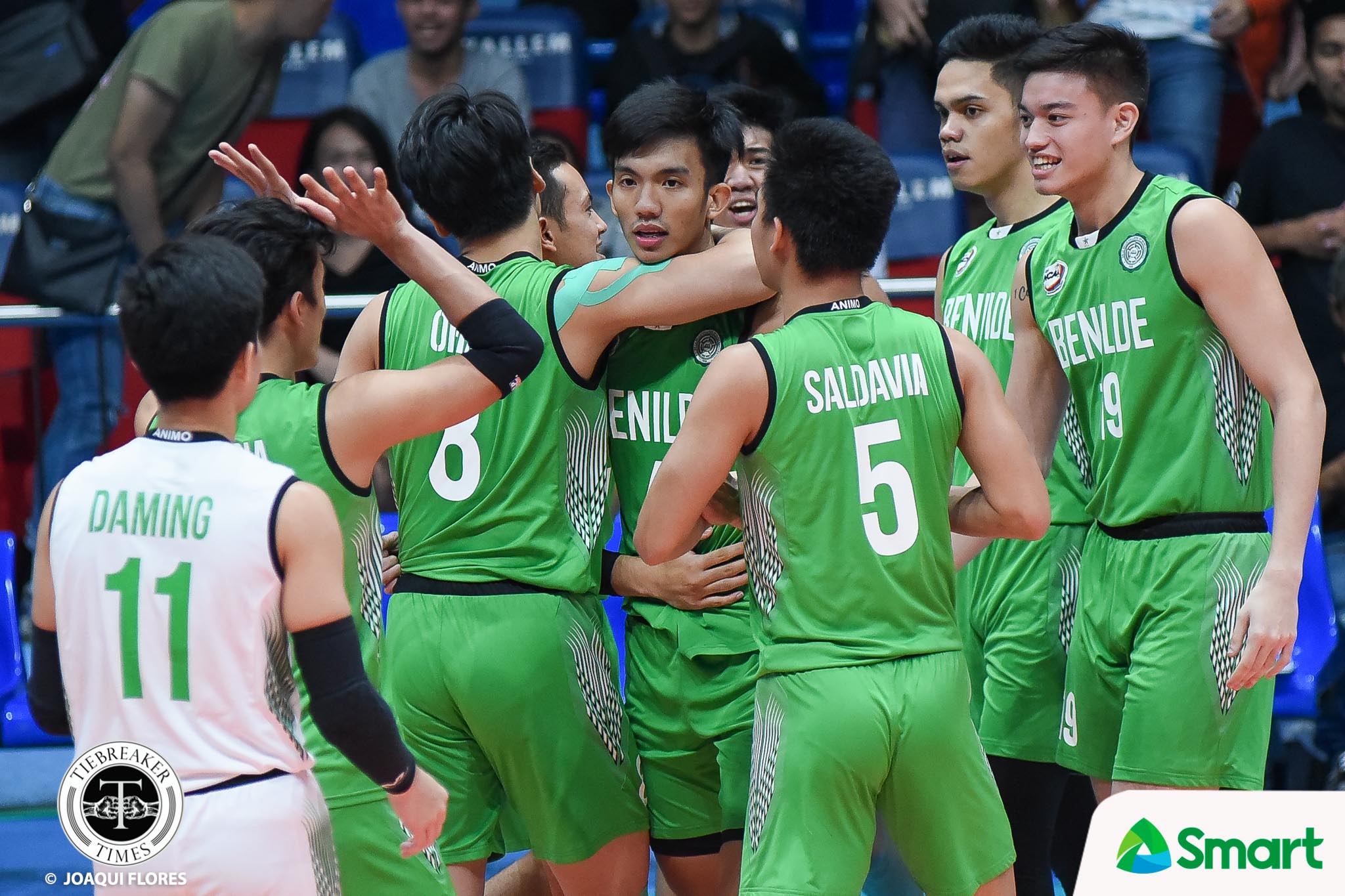 During the fifth set, San Beda had one foot in the semis, leading 14-12. Saint Benilde had other ideas.

Jethro Orian was able to save Saint Benilde with a thunderous kill, while an ace by Francis Basilan knotted things up.

The two hungry squads went back and forth afterwards, sending the game into deep waters at 18-all. As Laniog said, the Blazers dug deep.

The Red Spikers, a team that will retain most of their core for next season, were led by Enciso. The athletic winger had 22 points. Limuel Patenio and John Carlo Santos had 14 and 13 markers respectively.

The Blazers will next face the University of Perpetual Help System DALTA Altas on Tuesday, February 13, for the right to face the Arellano University Chiefs in the best-of-three Finals.