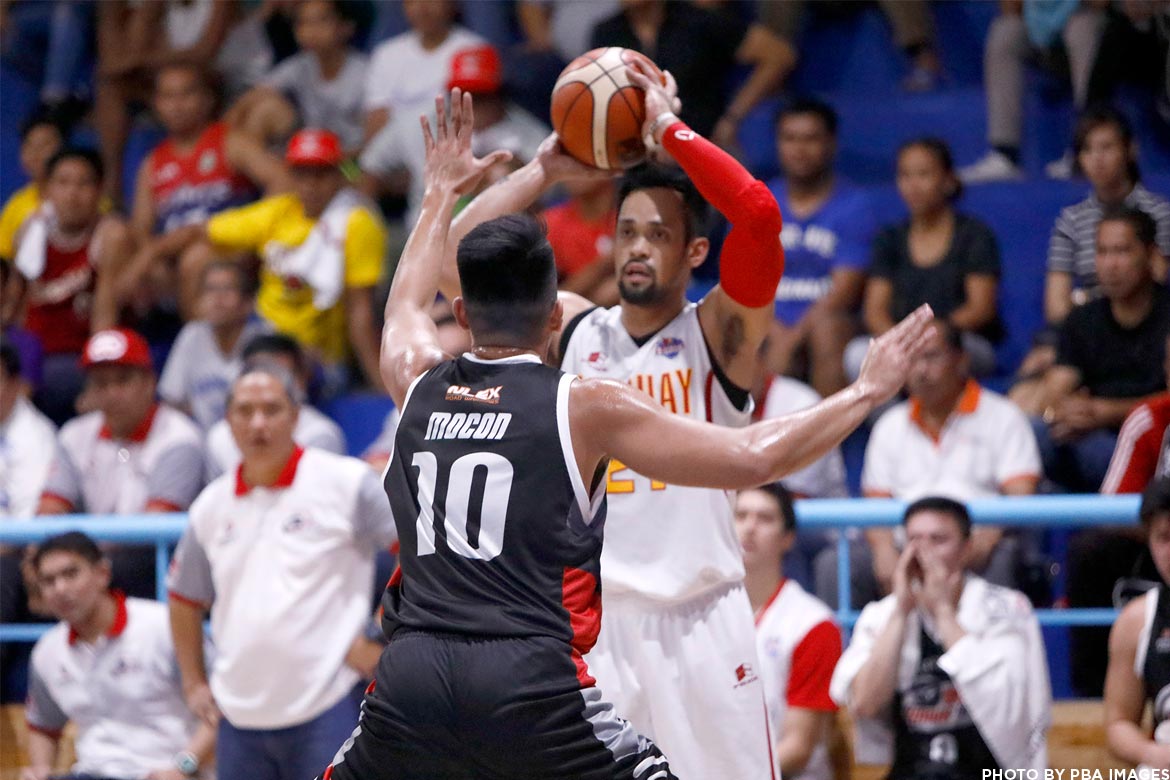 Ex-pros Jerwin Gaco and Mark Cruz carried the load for the Tanduay Rhum Masters once more, leading them to a shocking 66-55 win over top-seed Cignal-San Beda HD Hawkeyes and inching them closer to a return trip to the Finals.

The two combined for 22 of the Rhum Masters’ 28-point third quarter explosion to pull away, 56-35, and silence the youthful Hawkeyes.

The win stopped the Hawkeyes’ winning streak at eight, while also dealing coach Boyet Fernandez his first career defeat in a D-League semifinals.

Those were the least of coach Lawrence Chongson’s concerns, however, as he said, “It’s not about cliches anymore. It’s about us needing to win for ourselves, We’ll do whatever it takes.”

Game Two is set to take place on Thursday, March 24, at the Ynares Sports Arena in Pasig City.

Onwubere shows off added arsenal in Racal’s Game One win