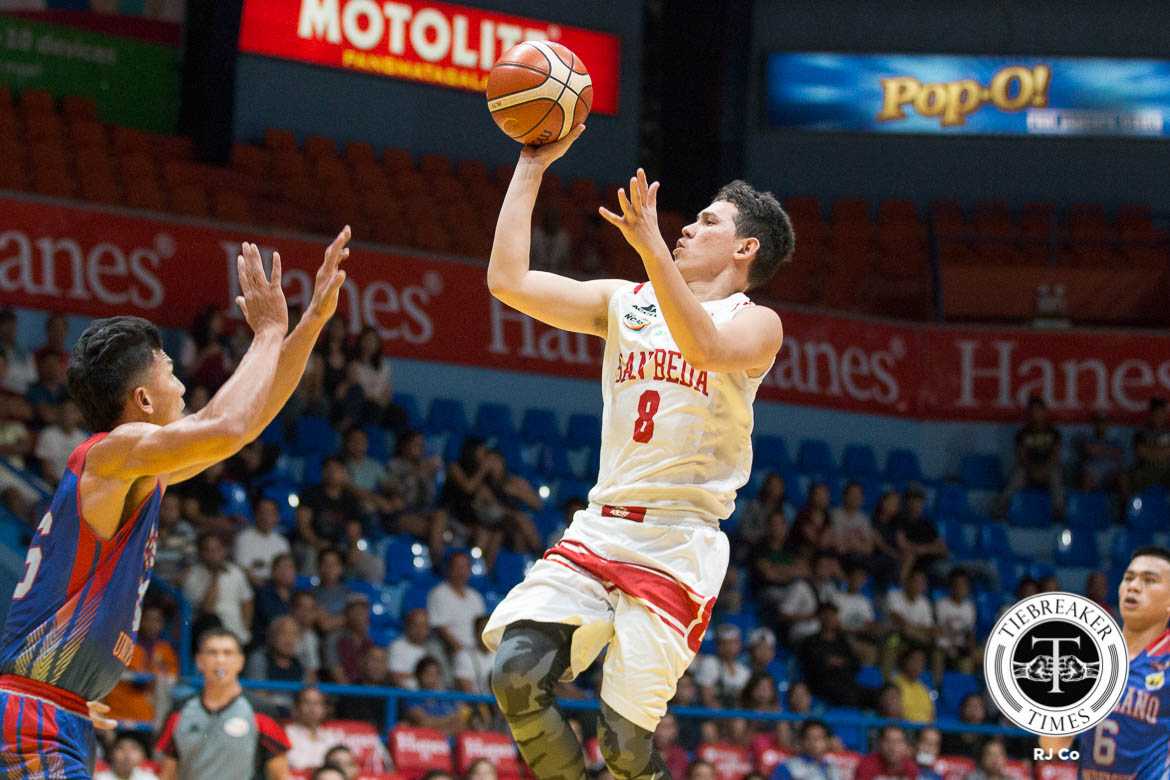 Robert Bolick finished with 12 points off 5-of-9 shooting inside, four of which came in the fourth quarter and overtime, to bail out the Red Lions.

Nonetheless, head coach Boyet Fernandez was not pleased with how his squad had played during the 45-minute affair.

“If I were to give the game, I’ll give it to Perpetual. They deserved this win, we didn’t deserve the win,” he said.

The Altas headed into the locker room at the half with a two-point lead after limiting the Lions to 23 percent shooting.

Nonetheless, San Beda found a way to take control in the fourth quarter — at least, until the Altas took back the lead off two consecutive shots from Prince Eze, 55-51, with a minute left in the game.

Flash Sadiwa faltered on a golden chance to seal of the win in regulation, missing both of his free throws in the waning seconds of the game. Javee Mocon then bungled his jumper, but Bolick was there for the put-back to send the game into overtime.

“We’re just luck they missed their foul shots and we made our shots in regulation,” the returning mentor reflected.

In the extension, the Red Lions finally found their shots with Ben Adamos converting on a triple to put them up by four, 63-59, with 1:36 left in the game.

Bolick had four chances to seal the win from the free throw line but missed three of them. Fortunately, the one was enough to send San Beda to another win.

Noah and Carino scored 10 points each while combining to grab just eight boards.

Daryl Singontinko’s best game of the Cup was overshadowed by this loss. The forward ended with 19 points and six rebounds.

The Red Lions (4-0) will look to stay unbeaten and bounce back from this performance as they face the University of Santo Tomas Growling Tigers (1-5) on Sunday, June 4 at 3:15 pm. The Altas (2-5) will try to take another win to close out their campaign as they battle the Ateneo de Manila University Blue Eagles on Wednesday, June 14 at 3:15 pm.