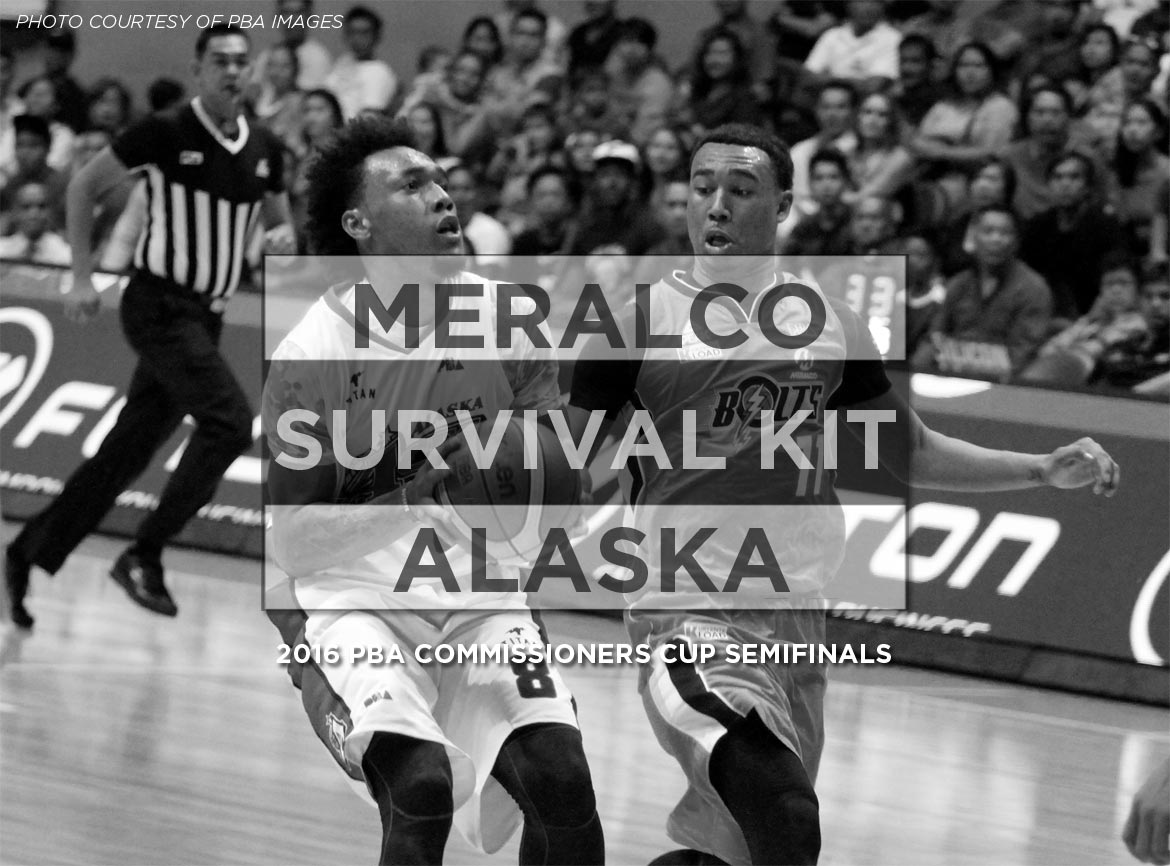 The Meralco Bolts continue their quest of winning the PBA Commissioner’s Cup title as they face another major road block in the Alaska Aces.

The Bolts took care of the NLEX Road Warriors last week and were the first ones to enter the semi-finals. The team had a good week of rest, which is vital entering the semi-finals. Knowing that it is not often everything is aligning for them, the Bolts’ mindset is to try and win it all.

However, standing in their way is a far more experienced group in the Aces. The Aces have been in the championship round of the past two conferences, and have played a total of 23 playoff games (including 11 championship games) in the past three conferences including this tournament. The Bolts, in contrast, have played only three play-off games in the same stretch.

The Bolts aren’t satisfied to just be part of the remaining four squads this time. They are eager to get the job done and prove they’re for real. Like the Aces, they have a terrific coaching staff. The team has the tools to be part of something special in this conference. But seeing everything translate into actual victories is a different story, and the campaign begins on Monday.

The Case for Meralco

The Bolts have one of the steadiest imports in this conference in Arinze Onuaku. His presence has allowed the Bolts to become one of the best rebounding and defensive teams in the league.

With many regular rotation players capable of doing damage on offense for the Bolts, they are somewhat unpredictable and the Aces have to keep them in check.

The Bolts have a bunch of perimeter defenders and a lot of length in the wings to give the Aces offense some trouble. If the Bolts utilize their strengths and work as a whole, this series might go the full route.

The Case for Alaska

Even if the Aces were without JVee Casio and Vic Manuel (Game 3) in the quarterfinals, they managed to edge incumbent conference champion Tropang TNT. The Aces made the Tropa look like just an ordinary squad in the series clincher, and that’s against a team with a lot of championship experience in the bag.

Manuel (calf strain) will most likely be out of the series, but it is not like there will be a lot of productive four guys in the Bolts roster to give the Aces fits. Rob Dozier is back, so there might not be a huge disparity at all when it comes to the import duel (if Dozier can limit David Simon, then he can limit Onuaku).

Overall, the Aces will enter the series bringing lots of play-off experience and it will be a big factor in closing out games and performing well under pressure. Remember when they just dominated a talented Globalport in the semi-finals of the Philippine Cup? That may also be the case in this series.

This is an opportunity for Chris Newsome to showcase he is ready for big time battles. Newsome is the Bolts’ best all-around player, averaging 12.3 PPG, 4.5 RPG, and 2.9 APG in the conference. Although he has played in tough play-off games throughout his basketball career, playing in a PBA-level semi-final series will be a totally new experience for the rookie. Cliff Hodge, meanwhile, should try to contribute on offense more actively aside from doing his primary job on the defensive end.

Calvin Abueva has been on a tear as of late, posting 17 PPG, 6.3 RPG, 3 APG in the quarter-finals series against TNT. He was very active on crashing the boards, facilitating, and making good decisions on the floor. If he continues to utilize just his presence to make it difficult for Meralco, it will be a huge advantage for the Aces. Casio will still likely be out of the series for Alaska, which means RJ Jazul will again be the chief player in charge of quarter-backing for the group.

The veteran forward averaged 15.5 PPG on close to 60 percent shooting in the Bolts’ last two meetings (both wins). With the Aces a bit thinner on the frontcourt, this series will be a good chance for Hugnatan to keep attacking and adding up to the Aces’ problems.

Nonoy Baclao will likely get more minutes given that Manuel is recovering from an injury, and he should be ready to spend meaningful minutes on the court. His main tasks would be helping the Aces protect the paint and control the glass to make the jobs of his fellow frontcourt players a bit easier.

Time together and experience in crucial games will spell a big difference in this series, and the Aces are the far more better team at this point.