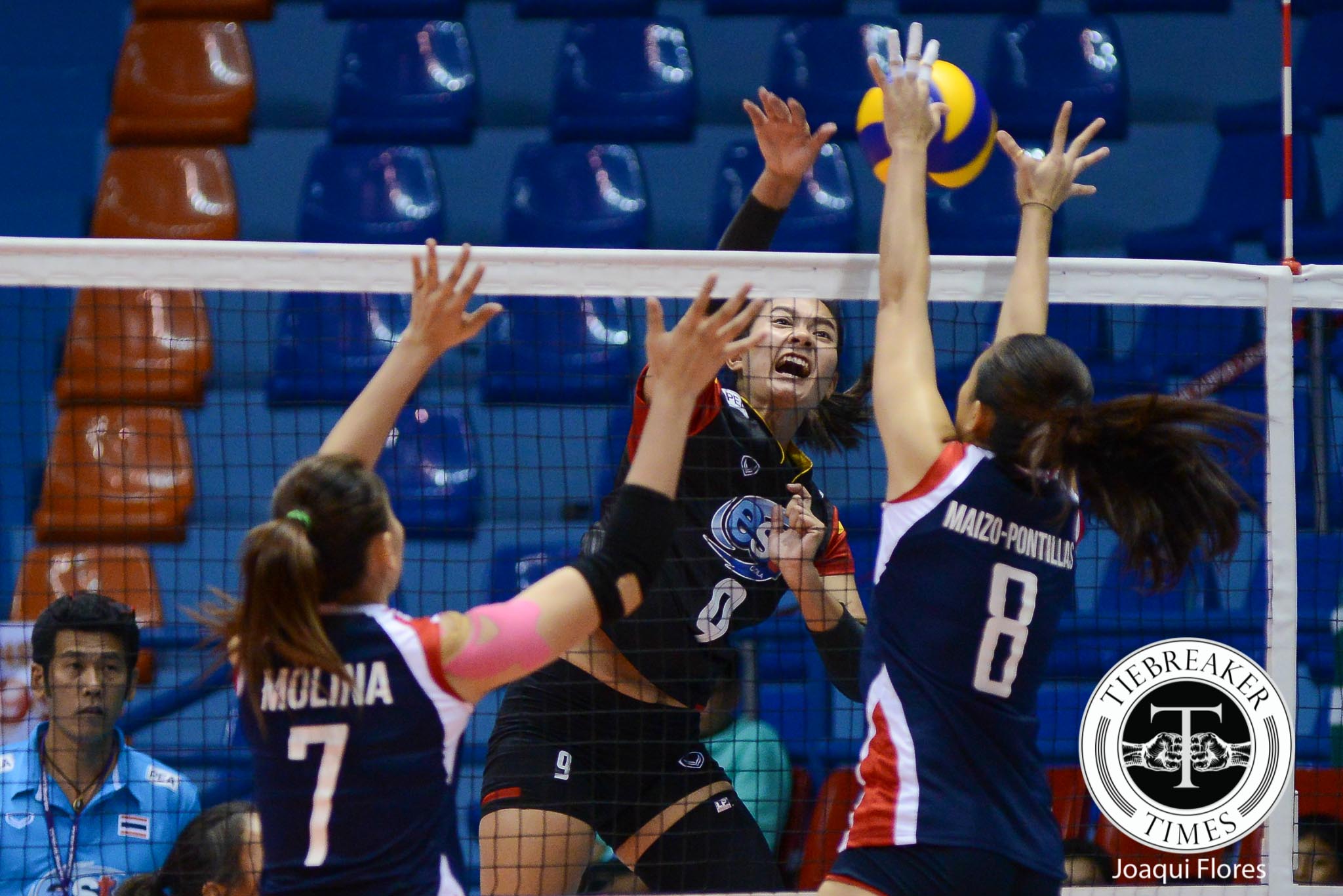 EST Cola shrugged off another slow third set to defeat the Petron Tri-Activ Spikers in straight sets, 25-12, 25-12, 25-23, in the final round of the Philippine SuperLiga (PSL) Invitational 2016, Friday evening at the FilOil Flying V Centre.

Petron opened the match scoring the first point of the game. However, they were then outscored 5-1 by the Thais. Petron was able to trim the deficit to 2 after a Bang Puneda drop, but back-to-back points by the Thais put them ahead, 8-4 in the first technical timeout of the set. An ace by Sutadta Chuewulim was followed by a kill and a block by Bundasak Jarasporn for a 13-5 EST Cola lead. EST Cola was able to extend their lead further after a Janthawisut Sasipaporn block on Mina Aganon put them ahead, 19-7. trailing 21-8, Petron’s Aiza Pontillas scored on a drop and a block, but it was too late to salvage the set.

Petron seemed prime for a strong start after taking a 3-1 lead in the following set. EST Cola, however, clamped down on defense, outscoring the Tri-Activ spikers 8-2 for a 9-5 lead. It was all downhill for Petron as EST Cola easily took the set.

Petron started strong in the third set, taking an early 8-7 lead. Ces Molina pushed the lead to four with an ace, 12-8. EST cola slowly chipped at the lead to trim the deficit to a single point, 13-14, but EST Cola committed multiple attack errors kept them from taking the lead. EST Cola threatened to tie the set once more after a Sutadta kill and Jarasporn quick trimmed the deficit to 1, 18-17. Maica Morada and Aganon were quick to counter though, scoring on consecutive points to extend the lead. The Thais were able to tie the set at 20, but a Maica Morada down the line kill and an Aganon off the block point kept them at bay. EST Cola was able to catch up once more, and a Watchareeya kill followed by a Patchraporn ace gave them the lead, 24-23. An over received ball was killed by Sasipaporn ending the match.

#ReadMore  The Fast and the Furious try to perform an encore

EST Cola was led by Sasipaporn’s 18 points. She was helped by Sutadta’s 14 points followed by Srithong Wipawee’s 11 points. For the Tri-Activ Spikers, Aiza Pontillas was the only player in double-digit scoring with 12 points, while Mina Aganon pitched in 8 points.

Having dispatched two of the three other finalists, EST head coach Chamnan Dokmai promises that his team will not be holding back in their match against the RC Cola Army Lady Troopers.

EST Cola and RC Cola will face each other tomorrow, 2:30pm at the Filoil Flying V Centre. Petron, on the other hand, will go against the F2 Logistics Cargo Movers.