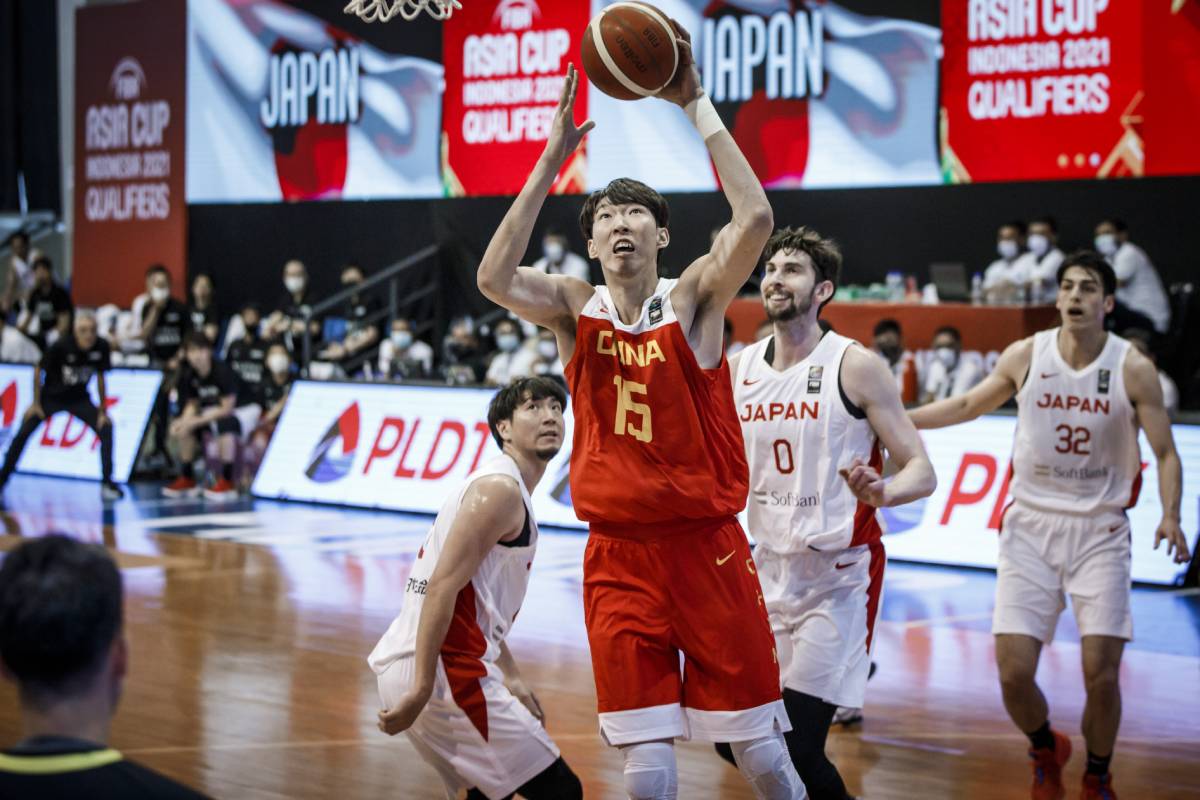 Zhou Qi made it a debut to remember as he powered China to a comeback victory over rivals Japan, 90-84, in the 2021 FIBA Asia Cup Qualifiers Saturday at the AUF Sports and Cultural Center in Angeles, Pampanga.

Having just recovered from an eye procedure last Sunday, the former NBA player came alive in the final frame to tow his side from seven points down to their third win in as many games — and a slot to the tournament proper.

Zhou, the 43rd pick of the Houston Rockets in the 2016 NBA Draft, finished with 18 points, 12 rebounds, and two blocks, which were all game-highs.

“He gave a lot of energy to the team. So for him, before coming here, he had surgery and just suddenly flew from China to come here to just be with us and join the team. I would like to thank him,” said head coach Du Feng.

The Chinese were staring at a 73-80 deficit with 6:44 remaining in the game until the 7-foot-1 Zhou joined hands with Zhao Jiwei for eight consecutive points to give Team Dragon an 81-80 lead with 4:10 on the clock.

Japan tied the game up behind Ryan Rossiter’s split from the foul line, but Ren Junfei lit up a 9-4 spree that served as China’s finishing kick.

“We are improving and we playing better and better. Right now, I am not happy with the clutch because we were good for 35 minutes but we did not win the game,” shared Japan head coach Julio Lamas.

“I have to thank all the players for the hard work on the court. As I said before, the current roster is younger than before. So, I think, as the games go by, I can see them getting better for their growth,” Feng said.

Zhao and Shen Zijie, who still played even after suffering a bad fall in their game versus Chinese Taipei last Thursday, each had 13 points in the win. Ren produced 12 points and nine rebounds, as Hu Mingxuan added 10.

China will look to wrap up its campaign unscathed when it battles Chinese Taipei on Sunday, June 20, at 6:00 p.m.

On the other hand, Japan was paced by diminutive point guard Yuki Togashi with his 17 points, spiked by a pair of three-pointers.

Rossiter, one of the Akatsuki Five’s naturalized players aside from Gavin Edwards, had 15 points, six assists, four rebounds, and three steals. Kosuke Kanamaru and Makoto Hiejima had 12 and 10 points, respectively.

Japan wrapped up its Qualifiers campaign with an even 2-2 record. It now has its sights set on the Tokyo Olympics in July.