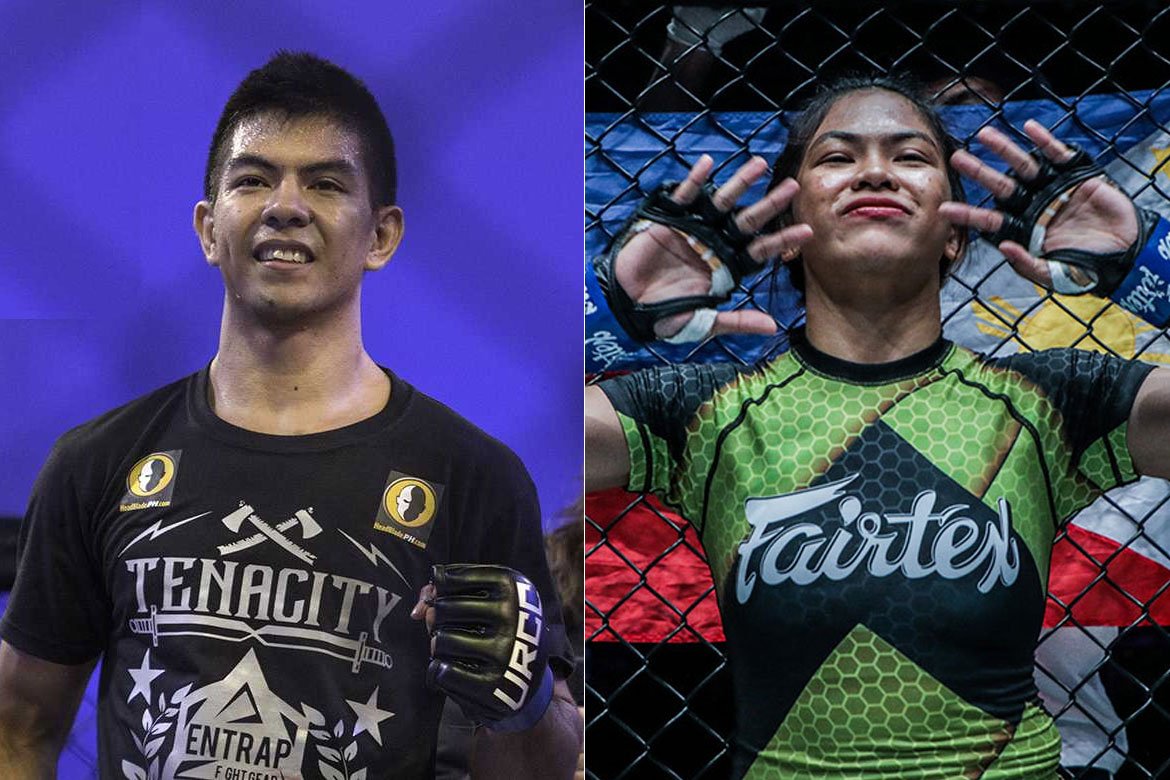 Denice “The Menace” Zamboanga has already proven that she belongs on the loaded ONE Championship roster.

Now she has to show that she can keep up with the pressure that comes with the hype.

The top-ranked Filipina atomweight defends her number one contender status when she takes on Watsapinya “Dream Girl” Kaewkhong at ONE: A New Breed in Bangkok, Thailand, this Friday, August 28.

“I’m very happy to be competing once more, because it’s been a while since I last fought, so I’m grateful to be a part of this card in Thailand,” Zamboanga said.

If she wins on Friday, fans’ expectations of her will only increase. Luckily for her, she will not be alone on that night.

Competing at the same venue is her older brother, Drex “T-Rex” Zamboanga, who takes on Detchadin Sornsirisuphathin in his ONE debut.

“Aside from actively competing once more, what makes me really happy is I’ll be fighting alongside my brother on the same card,” Zamboanga said.

In the main event, Stamp Fairtex defends her ONE Atomweight Muay Thai World Title against Allycia Hellen Rodrigues in a highly intriguing bout.

Meanwhile, the next challenger to Nong-O Gaiyanghadao’s crown will be determined as “Left Meteorite” Kulabdam Sor. Jor. Piek Uthai takes on Rodlek PK.Saenchai Muaythaigym in the finals of the ONE Muay Thai Bantamweight Tournament.

ONE: A New Breed will air this Friday, August 28, in a closed-door, audience-free setting in Bangkok, Thailand.

Catch it live at 8:30 P.M. at One Sports and One Sports+ or by watching on the ONE Super App.

FlapTzy looks back on long journey from streamer to BREN Esports