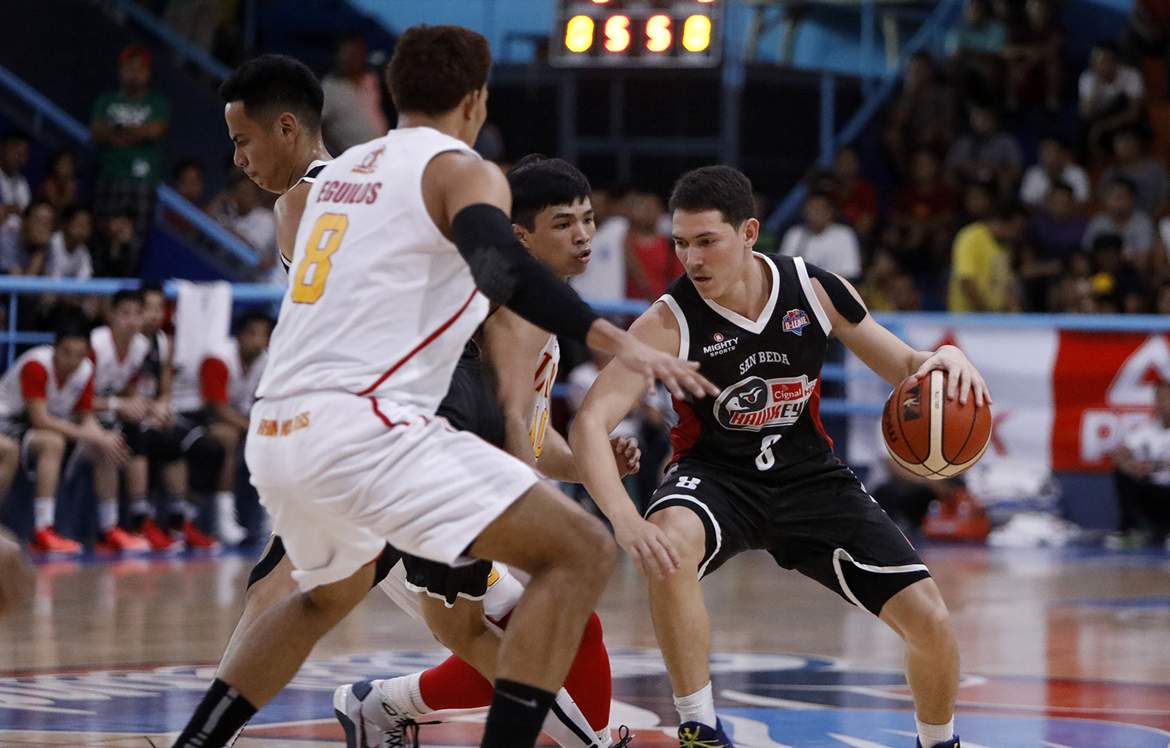 “It’s probably because the youth was there.”

Such was coach Boyet Fernandez’ regret on Tuesday night after the Cignal-San Beda HD Hawkeyes received a 66-55 beating at the hands of the veteran-laden Tanduay Rhum Masters in Game One of their 2017 PBA D-League Aspirants’ Cup semifinals series.

The much younger, school-based squad clearly did not stand a chance against the Rhum Masters right from the get-go, which led to the 11-point loss — one that served as Fernandez’s first-ever semifinal defeat in the D-League.

“Well, credit to Tanduay. They did a good job today,” said Fernandez.

“It’s a big time semifinals game, and they [Cignal] were playing a much-experienced team.”

But aside from his team’s problems with inexperience, the multi-titled D-League coach also lamented the HD Hawkeyes’ subpar showings in the game, both in shooting and rebounding.

“We’re not [also] making our shots today,” Fernandez pointed. “We had a bad shooting night — we went 0-of-17 from the three-point area.

“We gave up so many offensive rebounds — we allowed [Tanduay to grab] 15 and they scored 14 out of that.”

Cignal-San Beda was actually coming off an eight day break after clinching the top seed last March 13. Asked if the long break had brought rust and became a factor to the defeat, Fernandez thought otherwise.

“We did practice also naman. We do scrimmages, we tried to simulate the game,” Fernandez voiced.

“It’s just that Tanduay made their shots today.”

Still, Fernandez remains undaunted despite the setback, saying that the best-of-three series is far from over.

“So for us, we just have to see what we’ve done wrong and try to adjust. And hopefully we can recover, take good care of Game Two, and look forward for Game Three.”