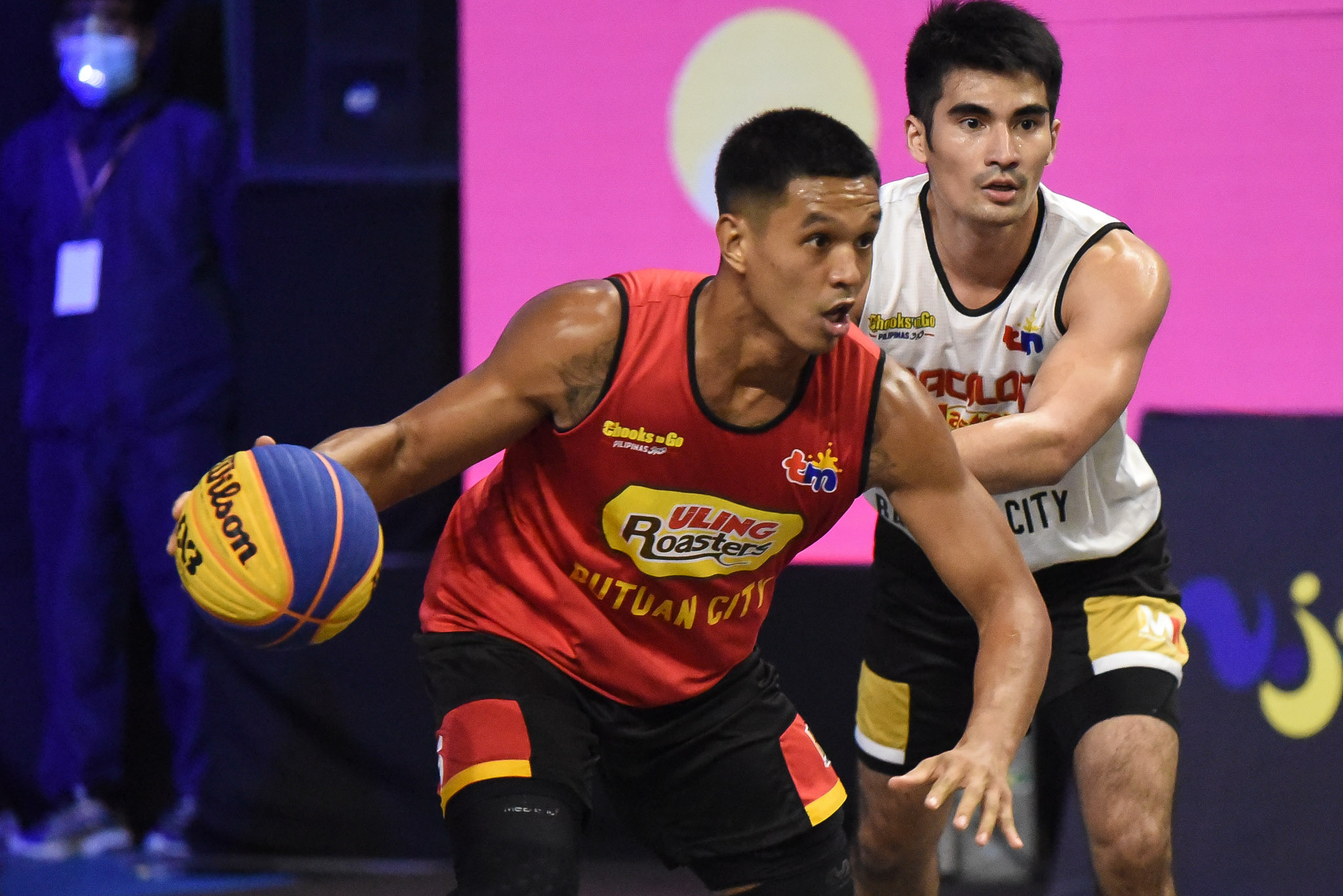 CALAMBA, LAGUNA – No. 2 seed Uling Roasters-Butuan City’s backs were pressed against the wall, Friday inside the INSPIRE Sports Academy here, but still found a way through Bacolod-Master Sardines, 16-15, in a competitive quarterfinals affair of the 2020 Chooks-to-Go Pilipinas 3×3 President’s Cup powered by TM.

Neither team was giving an inch and they were all tied up at 11-all inside the last two minutes until Chris De Chavez fished a foul from Robin Rono.

That foul put Bacolod in the penalty and sent De Chavez to the line where he went 2-of-2.

After a defensive stop, Franky Johnson then increased the Butuan lead to 15-11 with a longball.

Master Sardines didn’t quit with Alfred Batino and Rono scoring three unanswered late, but time ran out before they could complete the comeback.

Bacolod bowed out of the Grand Finals of the Philippines’ pioneering professional 3×3 league while Uling Roasters moved on to the semifinals still streaming on Chooks-to-Go Pilipinas Facebook and FIBA 3×3 YouTube and airing on BEAM TV CH. 31.

Karl Dehesa and JR Alabanza each fired five points to top the scoring column as they forged a duel with the third-ranked Nueva Ecija Rice Vanguards who breezed past surprise qualifier Petra Cement Roxas ZN, 21-14 (6:50).

Gab Banal was on-point from the get-go and wound up with nine points while Mac Sabellina also provided a big boost in scoring five of their last six points.

The other bracket features a matchup between top-ranked team Family’s Brand Sardines-Zamboanga City Chooks and four seed Pasig-Sta. Lucia Realtors who got through their respective quarterfinals opponents in this tournament endorsed by FIBA 3X3, sanctioned by the Samahang Basketbol ng Pilipinas, and supervised by the Games and Amusements Board

The nationals got going right out of the gates with a 12-4 run and never looked back en route to the Final Four.

After scoring 13 points in the qualifying draw, Ababou was limited to just four points by the hounding Zamboanga defense.

“Just executed the gameplan. We just need to continue this in the next three games,” said Munzon.

On the other hand, Pasig displayed a different side as their outside shooting proved to be the difference against Palayan City, 21-13 (7:12).

Jhaps Bautista showed the way with seven points, all but one coming from the outside as they set up a date with Zamboanga City who they upset back in Leg 3. Jeckster Apinan and Cedrick Ablaza added six markers each.

Renz Palma was the high point man of Palayan with five as Bobby Balacunag and JP Sarao struggled in the game.

The winners in the semis face off in the ‘Million Peso Game.’