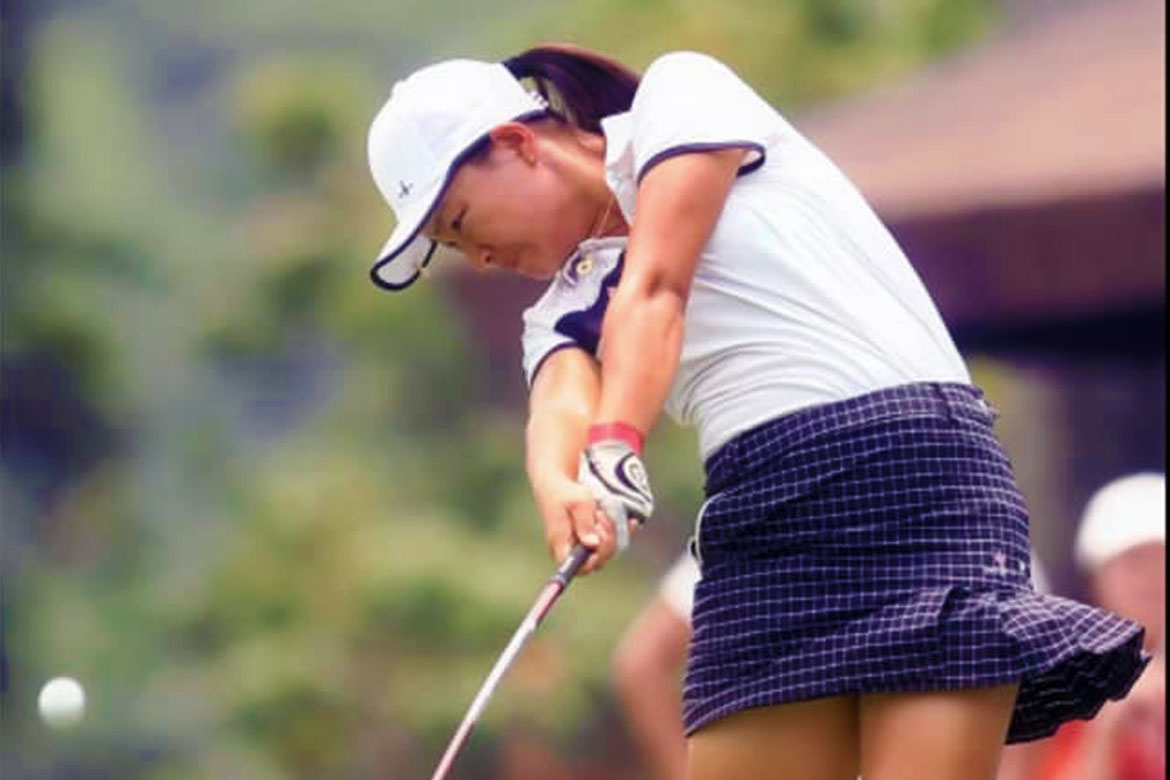 Filipino-Japanese Yuka Saso checked a faltering finish on the back nine to shoot a three-under 69 on Saturday to boost herself and the Philippines to a potential third place with one round to go in the 18th Asian Games golf tournament at the Pondok Indah Golf and Country Club on Saturday.

After playing flawlessly in the first nine holes — spiked by birdies on the first, fifth and fourth holes — Saso struggled on the way back with bogeys in the 14th and 16th, before closing out with a birdie to tally a three-round aggregate of 209, tied for third with Thai Atthaya Thitikul, who also shot 69 for the day.

Both were four shots behind pace-setting Chinese Liu Wenbo (67-205) and one off Wenbo’s compatriot, Du Mohan, who slumped to a one-over 73 and ran second at the par-72, 6225-yard layout near the Indonesian capital’s business district.

Counting the score of teammate Bianca Pagdanganan, who shot a 71 for a tie for eighth spot, the Filipino campaigners had a three-round 422 in third place, lurking just two shots behind the second-running South Koreans (420) and nine behind the front-running Chinese (413).

In the men’s division, Gao Weiwei collapsed with a five-over 77, dragging the Philippines with him in the team competition and virtually out of medal contention.

Running third entering the third round, the 18-year-old Cebuano was unable to recover from a triple-bogey at No. 1, a par four, on the way to a three-over 39, then had two more bogeys to limp himself home.

Gao nosedived to a three-way tie at 18th spot with compatriot Lloyd Jefferson Go, who shot 71, and South Korean Jang Seungbo (72), with 54-hole tallies of 216, 10 shots back of Japanese leader Keith Nakajima, who tightened his grip on the gold with a steady two-under 70.

#ReadMore  FEU shakes off struggling UE to even record

The Filipinos also fell to a tie for seventh place at 647 with Indonesia, a distant 21 shots from pacesetting Japan (626).