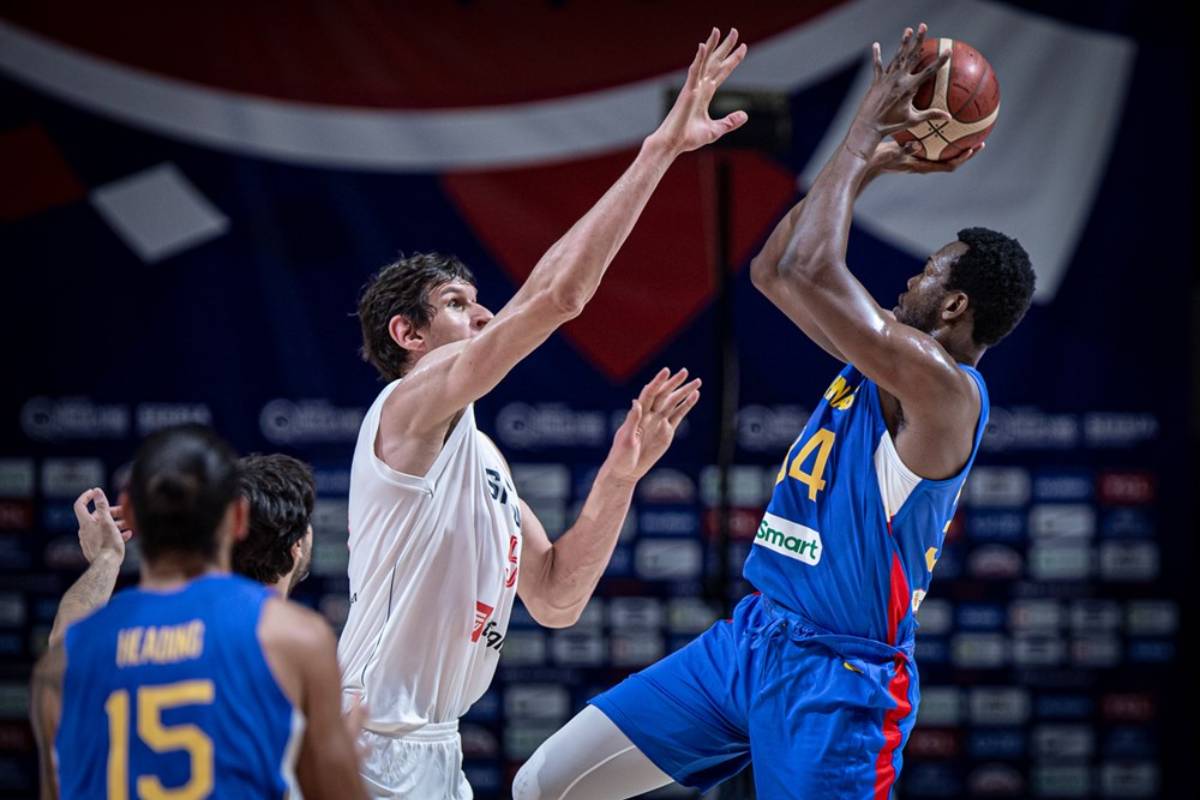 To beat one of the world’s best in basketball was an extremely long shot for a young team. Still, Gilas Pilipinas came oh so close to doing just that.

The Filipino dribblers were a crew with an average age of 22 years. But they gave Serbia a giant scare in their 2021 FIBA Olympic Qualifying Tournament encounter at the Aleksandar Nikolic Hall in Belgrade, Thursday morning.

However, they could only do so much. The home team saved itself from suffering a humiliating upset by escaping with the 83-76 win.

“A lot of people will look at this as some sort of moral victory, and I’ve been in this game such a long time. I just don’t believe in those. We had chances late. We missed good open looks,” said Gilas head coach Tab Baldwin.

Gilas clawed their way back from a 16-point deficit in the third quarter. They even snared their first taste of the lead, 74-73, with 3:30 remaining in the final chapter thanks to RJ Abarrientos’ lay-up off a drive.

Boban Marjanovic, however, came to the hosts’ rescue. Shortly after that Abarrientos bucket, the 7-foot-4 beanpole made a dunk off a Milos Teodosic assist. That gave the lead back to his side, 75-74.

A Justine Baltazar floater cut the gap to just one, 77-76, but Marjanovic just couldn’t be contained. He made back-to-back baskets, including an off-balance shot for an 81-76 lead with 36.6 ticks left to play to ice the game.

The Dallas Mavericks center finished with 25 points and 11 rebounds to lead the Serbians, who have swept their way to the crossover semifinals.

Despite the result, Baldwin feels proud of what his young team showcased against the fifth-ranked team in the world.

“Sometimes, particularly with a young team and a developing team, the occasion, it can be a bit bigger than we are. But that’s what the learning process is all about, so I was very proud of the effort today,” he said.

Even Serbia head coach Igor Kokoskov tipped his hat to Gilas, most especially to his ‘dear friend’ Baldwin.

“I would like to congratulate the Philippine team for playing really well, playing together as a unit. So, Coach Baldwin is doing a great job, a dear friend of mine. I think he’s doing an awesome job and I’m happy for him,” he said.

Jordan Heading produced 13 points as he shot 4-of-5 from beyond the arc. Kai Sotto and Baltazar added 10 markers apiece.

Serbia did not have Nemanja Bjelica, Vasilije Micic, and Nikola Kalinic for the game. Meanwhile, Gilas had earlier ruled out Dwight Ramos for the group stages.

By leaps and bounds, this young Gilas team showed better effort compared to the all-PBA national team that got obliterated by the same team by 59 points, 67-126, in the 2019 World Cup in China.

Gilas still has an opportunity to make it to the next round. It takes on the Dominican Republic on Friday at 2:30 a.m.

“We’ve got to get ourselves physically ready to play because this is a tough game and it will take a lot out of the players. But both physically and mentally, we’ve got a quick turnaround. So it’s not going to be easy,” Baldwin said.