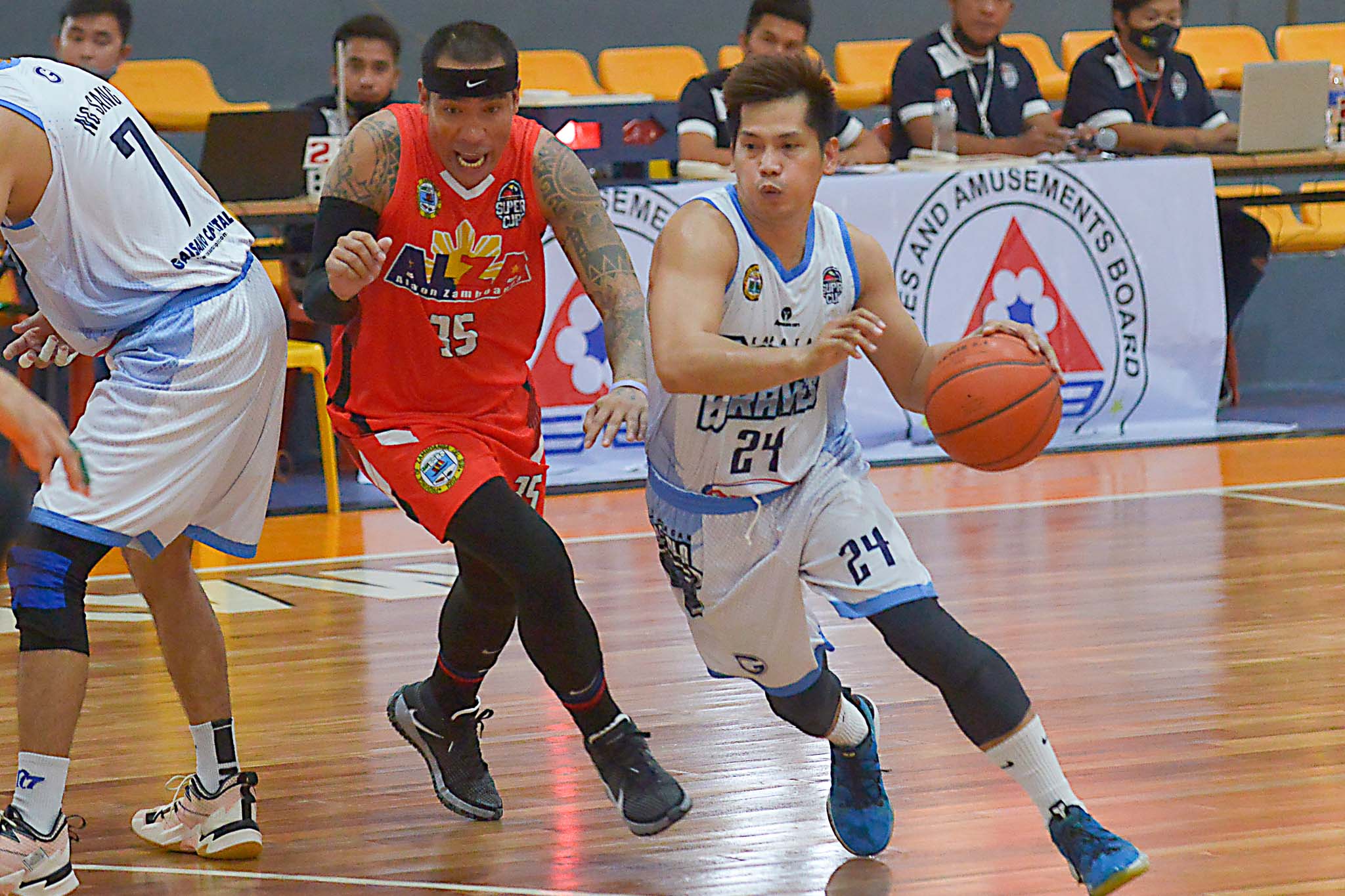 The Buffalo Braves’ first victory in six games put them over ALZA for seventh place with a 2-5 win-loss card. Zamboanga del Sur then slipped to 1-3, still in the playoff picture at eighth.

In that run, the Braves went a perfect 5-of-5 from behind the arc, with Renz Palma, Achie Iñigo, Marlon Monte, and Doroteo draining threes.

Kapatagan finished the game composed, not allowing its lead to go down to single-digit to finally halt its five-game skid with just a game left in the eliminations.

Monte was ultra-efficient for the Braves, getting 25 points on 10-of-12 shooting, including 3-of-4 from deep.

Doroteo was a revelation off the bench with 17 points, seven rebounds, three blocks, and a steal, while Iñigo delivered 14 points, seven assists, and four rebounds.

Dennis Daa continued his fine play at 42 for ALZA Alayon, dropping 21 points on a 7-of-10 clip, to go with eight rebounds, and two assists. Dan Sara also had 14 points, seven assists, and four rebounds while Eric Bangcoyan hauled 11 rebounds along with 10 points.

Zamboanga’s Russell Moneva was stretchered out of the court after being inadvertently hit on the rib cage with 25.5 ticks left in the third quarter.

ALZA Alayon will have a chance to get back on the winning track tomorrow when they take on Roxas at 4 pm. Kapatagan will close its elimination round on Monday against the Vanguards, 2 pm.