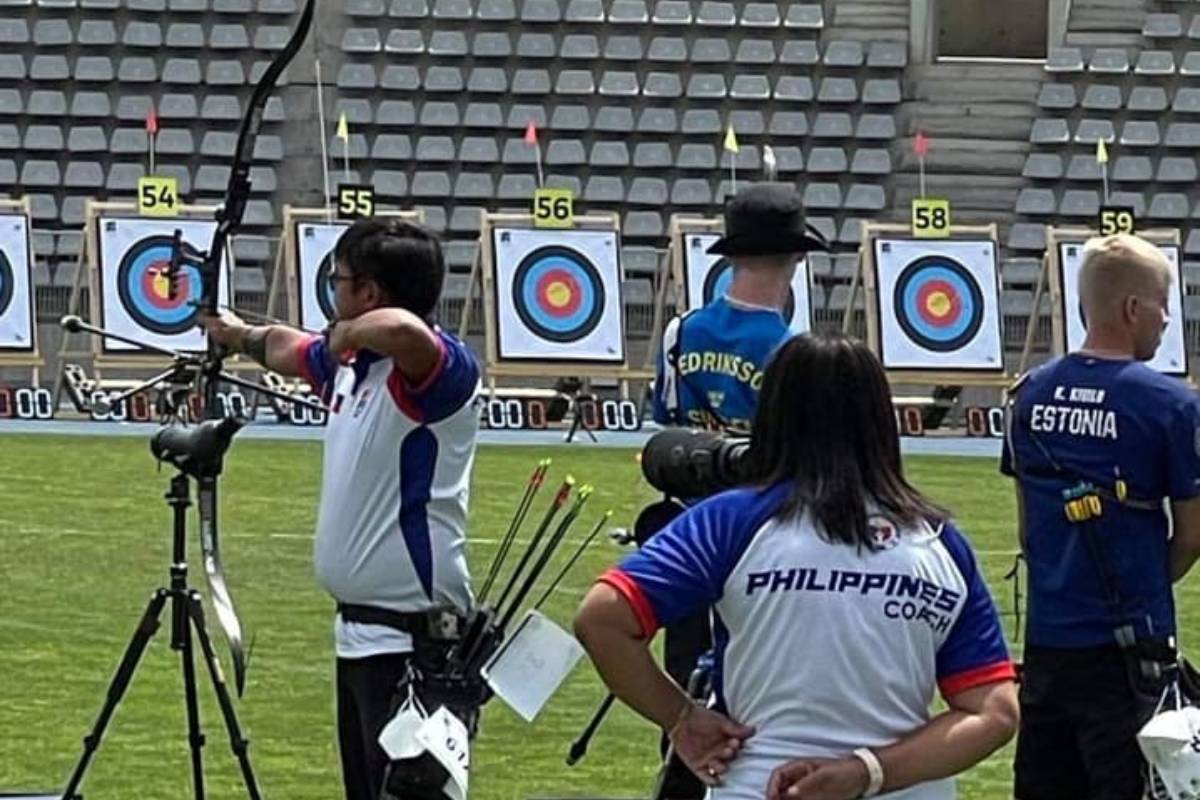 Riley Silos and Jose Emmanuel Feliciano booked their places in the second round, carving dramatic wins in the men’s individual event of 2021 Final Archery Olympic Qualifying Tournament at the Charlety Stadium in Paris, France, Sunday.

For the men’s side, the top two NOC’s will secure a berth for their respective athletes to the Tokyo Games next month.

The 20-year-old Silos came from behind to take the win over Hong Kong’s Wan Chun Kit, 7-3, in the first round match.

Silos lost the opening set, 25-26, but leveled the match after winning the second at 27-26. Wan and Silos then continued the deadlock after the third set tie at 27-all, and at three set points apiece.

The Fil-American standout then carried the momentum over. He eventually swept the next two sets at 25-23 and 26-23, respectively, to advance into the second round.

On the other hand, Feliciano needed a shoot-off to avert a meltdown and join Silos into the next phase.

The 19-year-old Feliciano was off to a rousing start with a perfect 30 after the three arrows. He then bungled an 8 in the third set amidst two X’s, to go into the fourth set level with Sweden’s David Fredriksson.

The Swedish threatened to oust the world no. 165 Filipino after a fourth set win at 26-24.

Feliciano, nonetheless, prevented his exit with a huge 27-22 win in the fifth and forced the one-arrow sudden death.

The Filpino then fired off another 10, while Fredriksson just got an 8, taking the former into the next round. 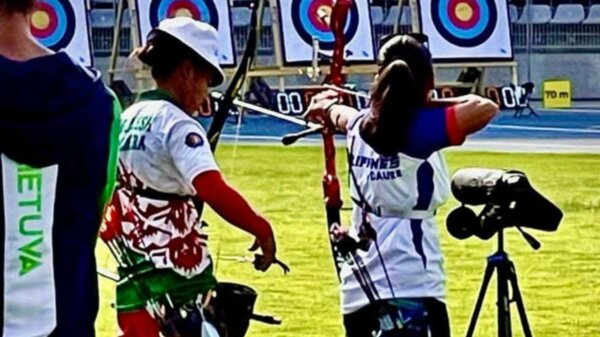 Monica Bidaure showed up, but saw her Cinderella run cut short in the fourth round of the 2021 Archery Final Olympic Qualification Tournament at...