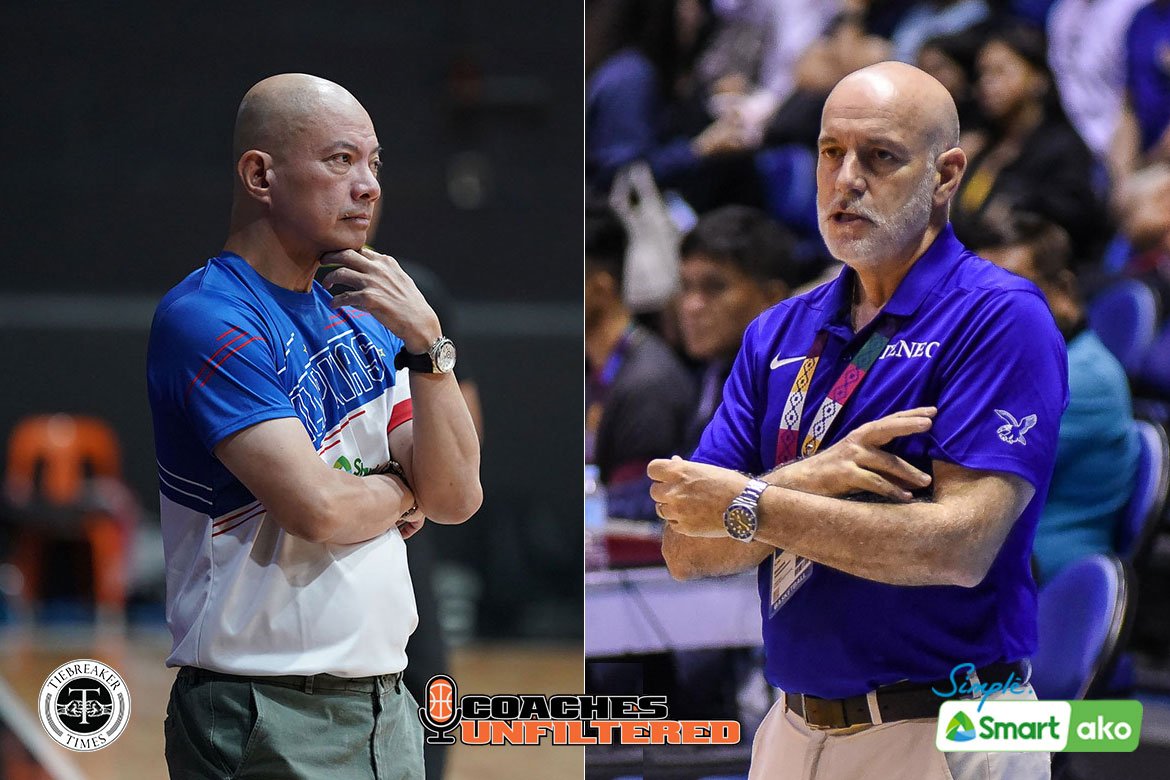 Former Gilas Pilipinas head coach Yeng Guiao does not think that the current national team program for forming the national team would be sustainable in the long run.

“The model we have right now… Let’s say you’re taking players and you’re looking forward to these players just playing for the national team, and they’re a separate group and separate from the players who are playing in the pro league, and they’re just for the national team’s purpose,” he told Coaches Unfiltered, presented by SMART and supported by Mighty Sports and Choi Garden.

Currently, the program under director Tab Baldwin is geared towards the 2023 FIBA World Cup. Among its plans is to hone the best amateurs of today who  could potentially play for Gilas in the prestigious cage meet.

A talent pool has been in place since last year, led by former collegiate stars Isaac Go, Matt and Mike Nieto, Allyn Bulanadi, and Rey Suerte — all of whom were selected in the special Gilas round of last year’s PBA Rookie Draft.

The set-up is so Gilas will rely less on the PBA, which would also benefit the league since it would mean less disruptions. The PBA has adjusted its schedule in the last two seasons to accommodate the national team’s needs.

But for Guiao, such a team would eventually dismantle, and the included players would go on with their respective careers then head to the professional ranks — thus his issue on sustainability.

Looking back, the pioneering Gilas batch consisted of the then-top amateur and collegiate stars back in 2009. But after a couple of years, most of its players declared themselves eligible for the 2011 PBA Draft.

The national team has gone all-pro since then, and there’s no denying the end result was, since the country saw itself back in the map of the basketball world when it ended its 36-year absence in the World Cup back in 2014.

“At a certain point, you have to break up the team and these players are going to play for the pro teams anyway,” Guiao said.

“It’s been done before, it has not been able to be long-term. You can do it one year or two years, but after that, you’re still going to break up and those guys will still wanna play on a pro league team and be part of a team where they will have a mother team.”

The outspoken mentor solidified his stance further by saying that there’s no such set-up of a full-time national team in all over the world, not just in basketball but in other sports as well.

“There is no model like that. Not only in basketball, but also in any other sport. The only way you can do that is under-21, wala pa silang mother teams, under-18. Then you can form the national team without bothering with their mother teams,” he continued.

READ  Alcantara, Gonzales take one for Philippines in Davis Cup, down Greeks

So at the end of the day, for Guiao, the Samahang Basketbol ng Pilipinas should be able to cooperate with Asia’s pioneering pro league to be able to send the best players in tournaments overseas.

“So it’s imperative for the PBA and the SBP to be able to cooperate and work hand-in-hand. If they cannot do that, we cannot send the best basketball team to the best tournaments abroad.”