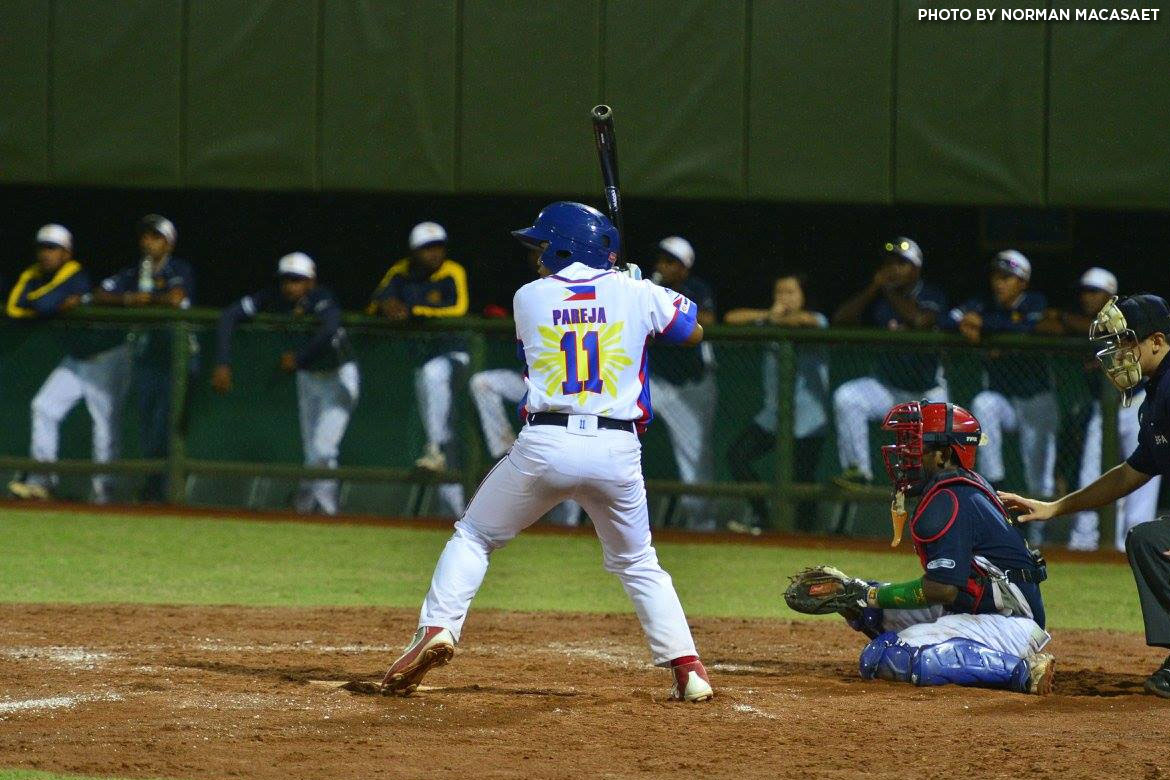 After a gallant 2-12 loss to fourth-ranked team in the world Chinese-Taipei on opening day, a motivated Philippine squad powered its way to an 8-5 win over Sri Lanka, Tuesday evening at the Tien-Mou Stadium in Taiwan.

The win lifted the Philippines to the win column in Group A of the XXVIII BFA Asian Baseball Championship with a 1-1 slate, tied with number three-ranked team South Korea. Sri Lanka dropped to 0-2, while Chinese-Taipei leads the pack with an unblemished 2-0 record.

Adamson’s Steven Manaig was spectacular in the game, going 4-for-4 at-bat to score a run and punch in an RBI. But it was former Baseball Philippines MVP Joennard Pareja who iced the win for the Philippines.

With Sri Lanka knotting the game at 5-all entering the bottom of the eighth inning, Pareja singled to pave the way for runs from Diego Lozano and Jonnash Ponce. Another run courtesy of Adamson’s Erwin Bosito gave closer Junmar Diarao of NU a breather to close out the contest.

Sri Lanka gained the early lead in the game after scoring three runs in the second inning. Ponce then slammed a three-run home run at the bottom of the third inning to square things up.

A sacrifice fly by Carlos Munoz brought home Manaig in the fourth inning to give the Philippines the lead, while Manaig was able to bring home Bosito in the seventh inning to extend the lead to two.

The Philippines plays its final game of the elimination round tonight against South Korea at 6:30pm. The winner will advance to the semifinals, while the loser drops to the classification phase.