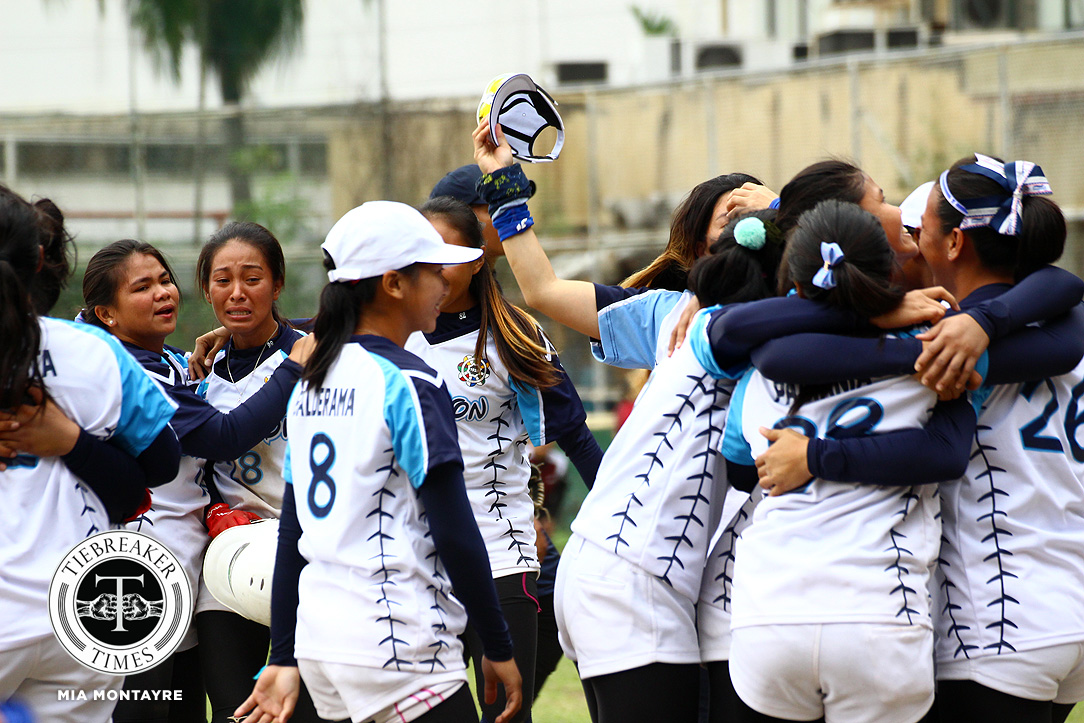 With the bases loaded in the bottom seventh, Cantor delivered the winning RBI off Ann Antolihao, sending pinch runner Ivy Capistrano home to help the Lady Falcons punch their ninth win in 10 matches.

“Grabe it was an excellent pitching battle,” said decorated head coach Ana Santiago. “What a game!”

True enough, Lyca Basa, arguably the second best pitcher in the UAAP today, surrendered just four hits in the seven inning she pitched. On the other hand, reigning best pitcher Ann Antolihao allowed just six hits — three however came in the fifth inning that led to a Nicole Padasas run.

UST remained at second place with a 7-3 card. 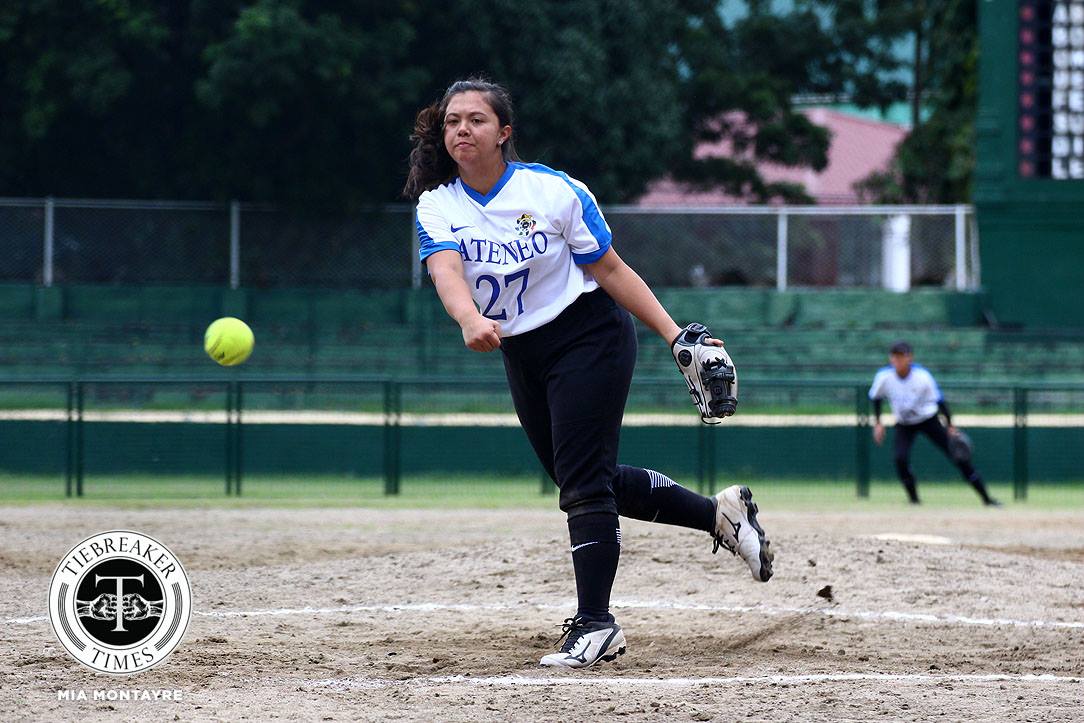 Earlier in the day, the Ateneo Lady Eagles finally broke their losing streak, stunning the University of the East Lady Warriors, 3-2.

It was déjà vu all over again for the Lady Eagles as their sole win last season also came at the expense of the Lady Warriors last February 16. This time though, there was a new coach steering the team in Coach Joy Lasquite.

“Actually, they played well also against Adamson,” shared Lasquite, who was a former head coach of UE. “It’s just that they faced the Lady Falcons that was just too overwhelming that day,” she furthered as her team is coming off a 16-1 loss just last Saturday.

“The girls won against UE because they connected well and the defense had good communication inside. Also Kevyn Lacson pitched very, very well,” she furthered.

Capitalizing on UE’s errors, Ateneo drew first blood after Yla Trinidad scored at the top of the first.

Imee Salvador homered for the Lady Warriors to tie the game at 1-1 at the bottom end of the inning before Gabby Macatulad and Mia Laurel scored runs to give the Lady Eagles a 3-1 lead in the top third.

UE was able to punch in another run courtesy of Leslie Latina in the top sixth but Kevyn Lacson showed tremendous composure late in the game to end a 10-game losing skid. 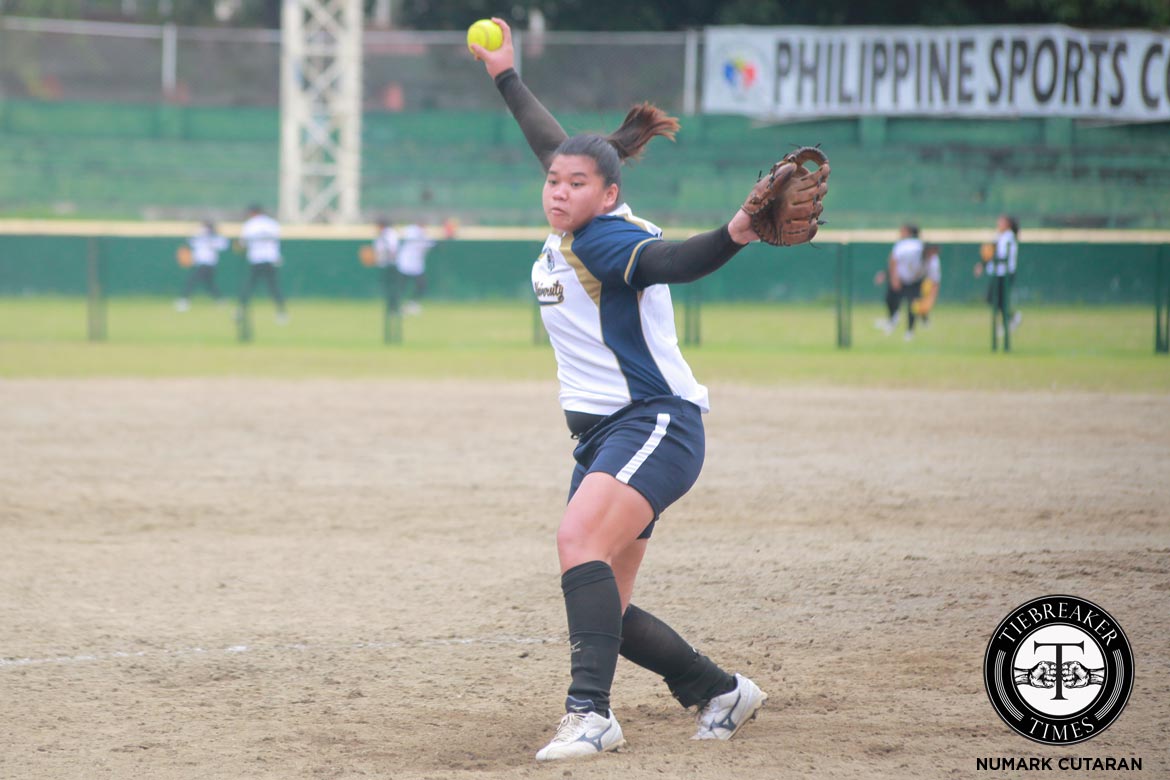 The Lady Bulldogs unloaded six runs in the sixth inning to break away from a 4-4 tie that broke the backs up the Lady Batters.

NU improved to 6-4 and moved to solo third after also-ran Ateneo stunned UE.

On Thursday, March 1, the UP Lady Maroons open the day against the revitalized Ateneo Lady Eagles at 9:00am. This will be followed by a clash between the NU Lady Bulldogs and the Adamson Lady Falcons. Capping the day will be a battle between the lifelining UE Lady Warriors and the vengeful UST Tiger Softbelles.