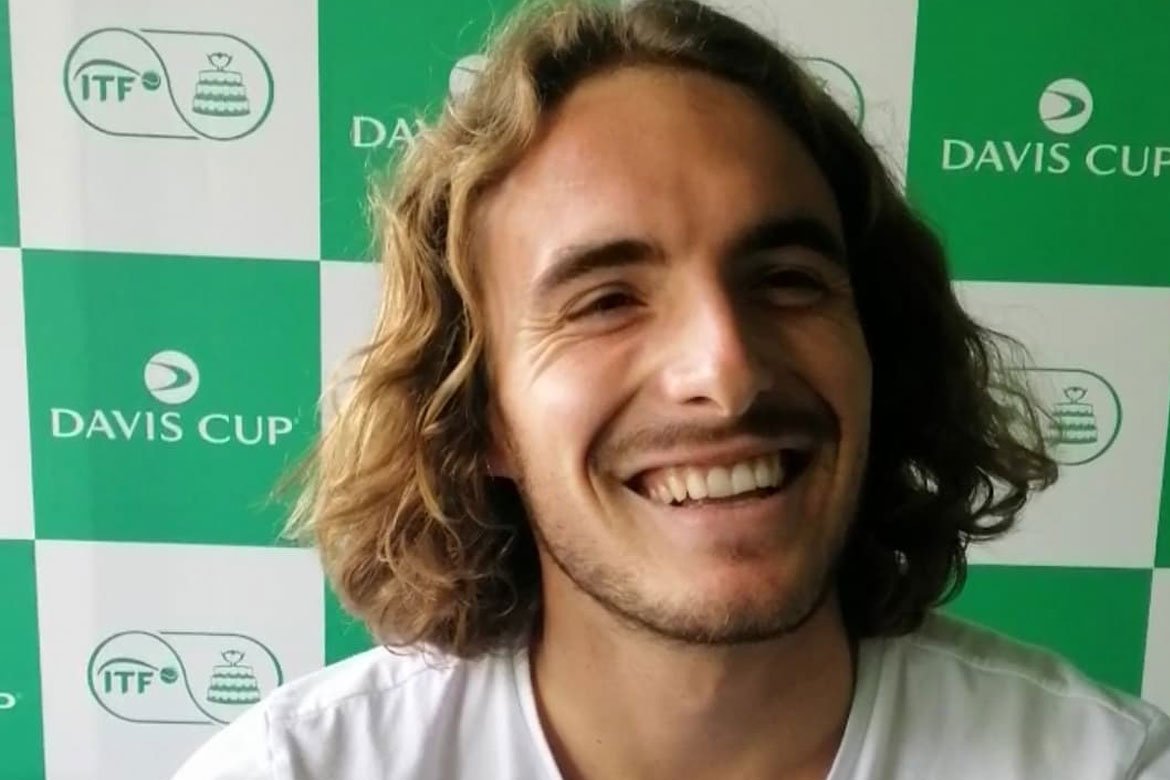 Greek Stefanos Tsitsipas flew to the country on Monday and showed readiness to play for Greece when it clashes with host Philippines in their Davis Cup World Group II playoffs on Friday and Saturday at the Philippine Columbian Association’s Plaza Dilao courts in Paco, Manila.

Riding the crest of a second place finish against Novak Djokovic in the Dubai Championships a few days ago, Tsitsipas — currently sixth in the world rankings — will give his all for a Greek team out to make a big splash this year.

“I will try to represent my country as best as possible,” said the 21-year-old Tsitsipas, the youngest netter in the world’s Top 10, who owns five titles to date.

The rest of the Greek squad — Tsitsipas’ younger brother Petros, Michail Pervolarakis and Markos Kalovelonis — have arrived on a separate flight and are equally ready and capable to try and beat the Filipinos.

Dimitris Chatzinikolaou is their non-playing captain.

It will be almost the same team that lifted Greece from Group III to Group II using the old format.

The Filipinos are eager to get into the mix, since they will not only be playing a foe of Tsitsipas’ caliber. They will also tackle a non-Asian nation for the first time since they battled the Swedes in the World Cup qualifier in 1991.

This happened because the Davis Cup is implementing a new system of play.

#ReadMore  Alcantara, Gonzales take one for Philippines in Davis Cup, down Greeks

Team draw is set on Thursday, while the first two singles matches are scheduled on Friday.

The doubles and the last two reverse singles are on Saturday.