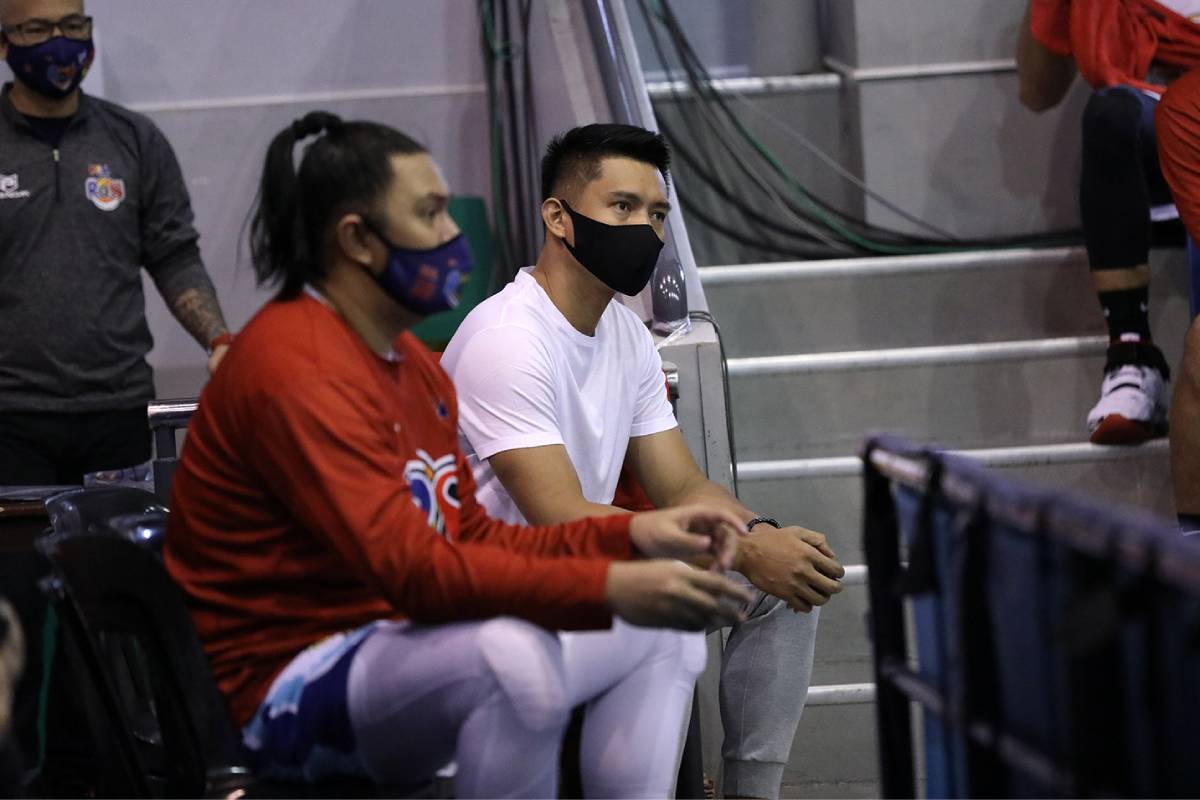 SMART CLARK GIGA CITY — The injury bug has bitten Rain or Shine just when it is catching up in the playoff race of the 2020 PBA Philippine Cup.

The Elasto Painters all felt relieved to see their three-game skid end on Sunday against Blackwater, but it will have to deal with injuries moving forward.

Third-year gunslinger Rey Nambatac sprained his right ankle early in the second quarter of their match, and did not check back in.

Rain or Shine lost the 5-foot-11 guard in the same game where they played without James Yap. The two-time MVP sat out due to a sore left calf.

And according to head coach Caloy Garcia, veteran Beau Belga may have gotten hurt late in their 82-71 win although he didn’t go into specifics.

“Sadly lang na-injure si Rey. I think even Beau got injured in the end,” said the seasoned mentor moment after the match.

It’s a difficult predicament, especially since Rain or Shine need one more win to assure a trip to the quarterfinals. But it won’t be easy.

The Elasto Painters’ remaining games will be against two-seed TNT and the third-ranked Phoenix Super LPG.

They will play the Tropang Giga on Tuesday, before facing the Fuel Masters the following night to cap off the whole elimination round.

“Playing Talk N Text, they’re gonna try to grind it out with you, they’re gonna get you tired. Then the next thing is the same thing against Phoenix,” Garcia said.

“It’s gonna be two tough teams that we’re playing. And it’s gonna be back-to-back. Wala kaming time for Phoenix to prepare, but Talk N Text, we can prepare for.“

Garcia knows the challenge his squad faces, but it is simply the ‘next man up’ mentality for the Elasto Painters from hereon out.

“I think it’s more of other players stepping up given the opportunity right now that you have your top players injured,” he said,

“So it’s now up to the guys who haven’t played that much to step up.”