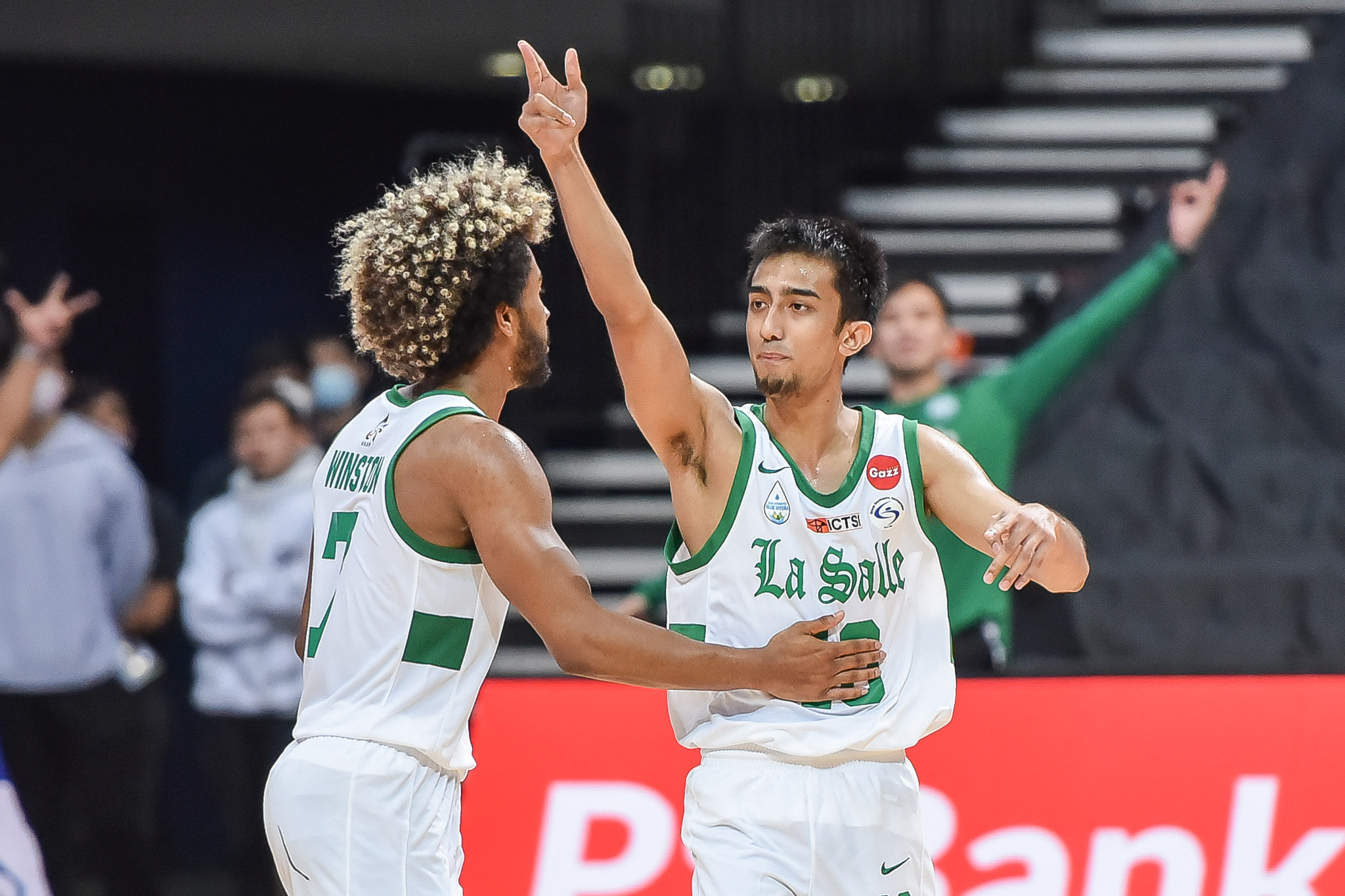 EcoOil-De La Salle University will be without three of its top guards in the 2022 PBA D-League Aspirants Cup.

Deschon Winston, Evan Nelle, and Mark Nonoy will miss the tournament due to “personal reasons”, according to Green Archers assistant coach Gian Nazario.

“They haven’t attended practice yet because of personal reasons and naghahabol sila ng grades,” Nazario said during Tuesday’s edition of the Philippine Sportswriters Association Forum.

Tasked to step up for the Green Archers are sophomore Penny Estacio, rookie Ice Blanco, and rookie Mur Alao.

After the UAAP 3×3 tournament, Ralph Cu and Donn Lim were removed from the team by head coach Derrick Pumaren. Deo Cuajao also looks to transfer.

EcoOil-La Salle opens its campaign against University of Santo Tomas on Saturday.