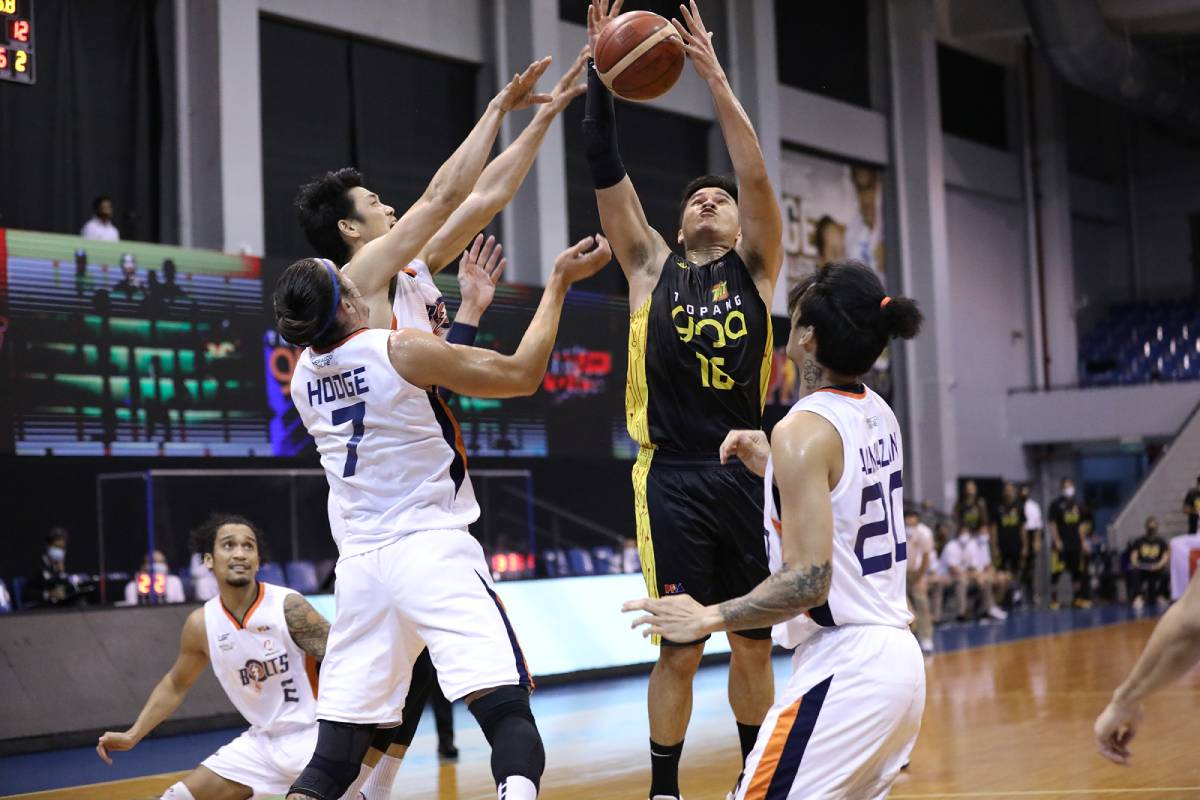 SMART CLARK GIGA CITY — Roger Pogoy didn’t hide that TNT felt down after suffering back-to-back losses while the 2020 PBA Philippine Cup is in its homestretch, as the playoff race becomes more intense.

The Tropang Giga sat atop the leaderboards with a 6-1 card until they bowed to the Magnolia Hotshots last Wednesday. They then lost to Barangay Ginebra San Miguel three nights later in a battle of erstwhile co-leaders.

But thanks to the coaches’ reminders, the pressure was off their shoulders when they headed into Saturday’s clash versus Meralco. And without the unnecessary burden, the Tropa finally got back to their usual selves.

TNT played as if it wasn’t coming off a debilitating 79-85 loss to the Gin Kings barely 24 hours ago. It snapped out of its funk through a 92-70 victory to get back on track and keep itself in position for a top four finish.

The four-year pro out of Far Eastern University redeemed himself in the victory as well. After averaging just 9.5 points in their skid, Pogoy finally regained his touch and finished with a game-high 27 points on 50-percent shooting.

The 28-year-old could only breathe a sigh of relief.

#ReadMore  Levi Hernandez fires 17 in the fourth, lifts Pampanga in Game One of NBL Finals

Pogoy is indeed grateful that those dark days are over, and they have their confidence once more moving forward. TNT faces Rain or Shine on Tuesday before it fully sets its sight for the quarters.