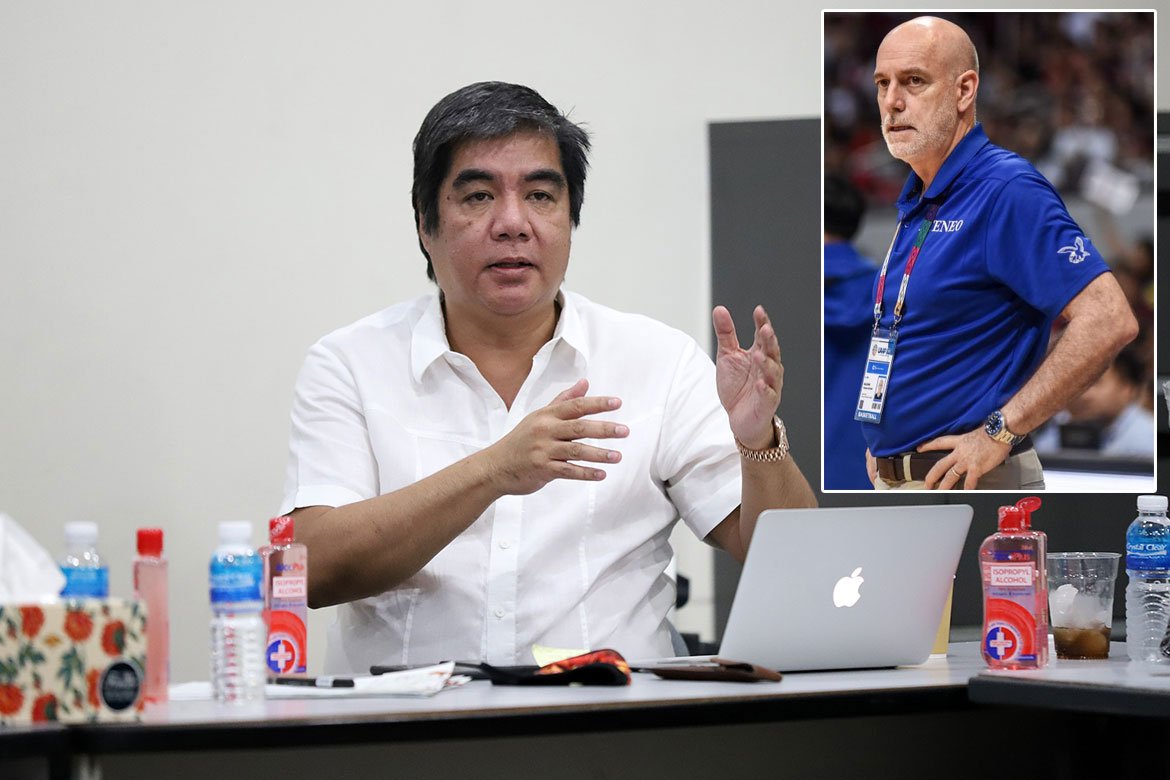 PBA Commissioner Willie Marcial believes that the league’s relationship with the Samahang Basketbol ng Pilipinas will not be affected just because of Tab Baldwin’s recent comments, which ruffled some feathers.

The Gilas Pilipinas program director is currently in hot water due to his statements about the league’s officiating and its one-import conference format, as well as the Filipino coaches’ “tactical immaturity”.

What Baldwin meant by “tactical immaturity” was that the coaches in the Philippines lack games compared to the rest of the basketball powerhouses.

Some local coaches have aired their dismay towards the former Gilas head coach’s comments, which he made in the Tiebreaker Vodcasts’ Coaches Unfiltered podcast presented by SMART last Thursday.

San Miguel Corporation sports director Alfrancis Chua, himself a former coach, was the first to voice out his strong opposition to Baldwin, saying that it was done both in wrong timing and in poor taste.

NLEX Road Warriors head coach Yeng Guiao — who, like Chua was a former chief of the Basketball Coaches Association of the Philippines (BCAP) — said that such comments are disparaging not just to the PBA and local coaches, but to FIBA as well.

Ultimately, the BCAP, through a statement issued Saturday, condemned the American-Kiwi mentor’s remarks, saying that the local coaches are being underestimated and that it is also an attack on Filipinos in general.

Still, Marcial is optimistic that this will be smoothed out right away, especially now that a step towards such direction has been taken already. Baldwin personally reached out to the league chief, and they will talk things over on Monday.

Asked about the fine on the TNT KaTropa consultant for his comments, which the league deemed as detrimental, Marcial said that he still has to convene with the technical committee before coming up with a decision.