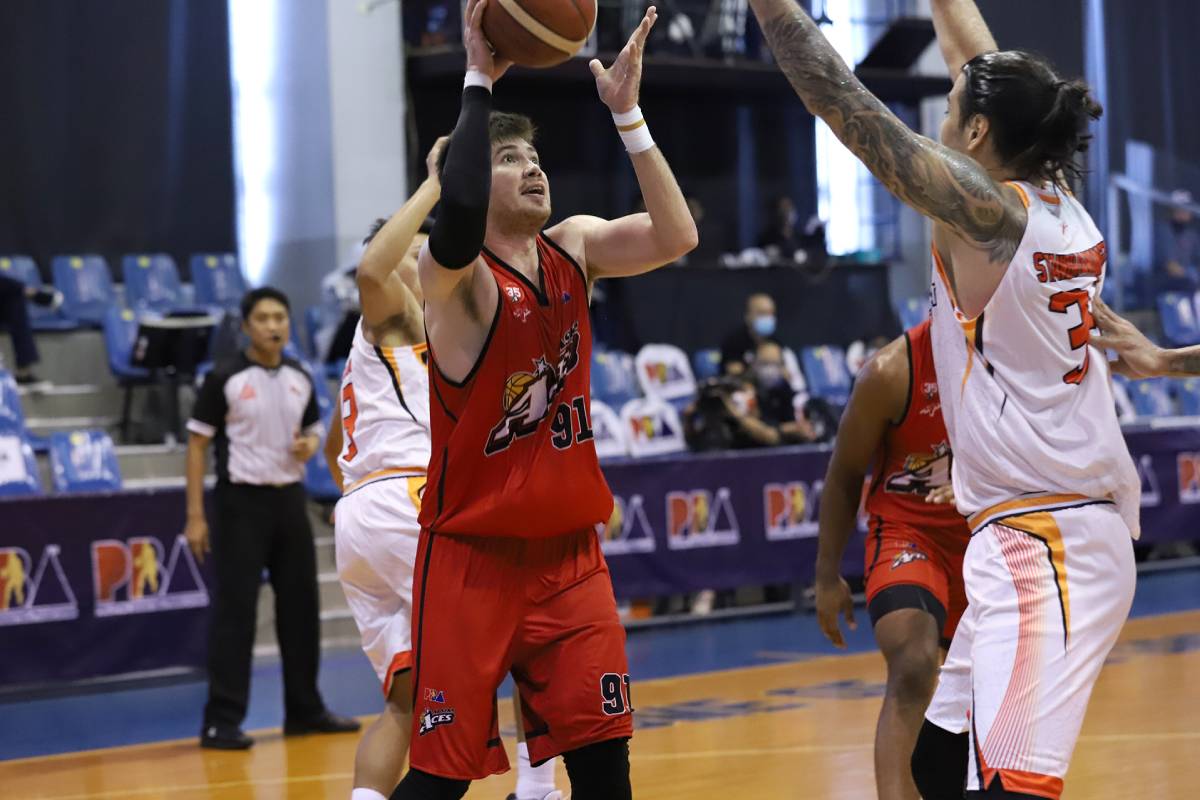 “Rodney was awesome today ‘no? ‘Yung maganda kay Rodney is he’s reliable — super reliable,” Cariaso expressed post-game. “Either he comes in and plays ten minutes, or we ask him to play thirty-five minutes.“

Brondial had plenty of impact on the match, especially in that deciding fourth quarter. He scored eight points in the Milkmen’s 15-5 blitz, flipping a narrow four-point edge to a wide 90-76 cushion with 4:50 remaining.

And when the Batang Pier were surging back, the six-year pro out of Adamson University was there to help his side repel their foes.

Northport has only won one game in eight games played so far in the bubble.

There was a moment where Northport could have trimmed a four-point deficit further. JVee Casio missed a jumper with about 53 seconds to go. Fortunately, though, Brondial was there to haul it down and return possession to Alaska.

The Batang Pier came within four again, but the Aces kept them at bay. Maverick Ahanmisi extended their lead to six through his foul shots. Brondial then made his own charities as well to settle the final count.

This had been the best outing yet of the former no. 6 pick by Barangay Ginebra in 2014, who was just averaging 5.4 points and 5.1 rebounds prior to Friday’s match. For Cariaso, this is what he envisioned when they traded for him.

The 29-year-old Brondial arrived at the Aces camp during the Governors’ Cup last season together with Robbie Herndon, following a trade from the Magnolia Hotshots in exchange for star guard Chris Banchero.

“That’s how I foresaw Rodney when we were thinking about trading for him,” he said.

“When he’s in there, he really makes a positive impact for us. He is such a team player, very unselfish — that’s why we’re lucky to have him.”