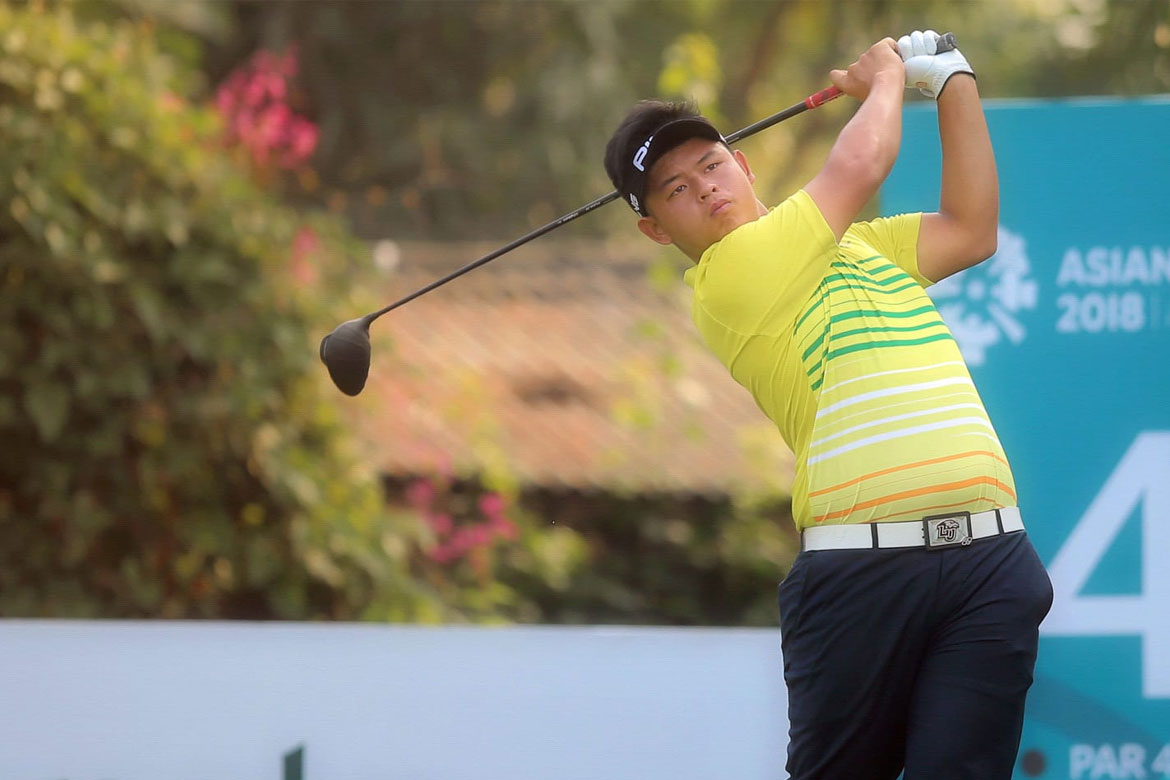 Weiwei Gao sizzled with a five-under par 67 on Friday, boosting his medal hopes as he moved into a tie for third place with India’s Aadil Bedi in the men’s individual play ,after 36 holes of the 18th Asian Games golf competitions at the par-72, 7,206-yard Pondok Indah Golf Club course in Jakarta.

Following his even-par 72 the previous day, the University of Virginia freshman had a two-round tally of 139, just three shots behind pace-setting Japanese Keita Nakajima, who shot a 68 and a 136 aggregate, and one up over Korean second-placer Cho Hoyoung, who also fired a 68.

Gao combined with Lloyd Jefferson Go and Luis Miguel Castro, who both fired similar 71s, to pull the Nationals up to 10th place, 15 strokes off the leading Japanese squad in the three-to-count-four-to-play team competition. Rupert Zaragoza shot a 1-over 73 and did not count.

In the women’s division, Yuka Saso also gained ground, shooting a three-under 69, and was in a three-day deadlock at fifth at 140 after carding a 71 in the opening round, five shots behind Chinese solo leader Du Mohan, who waxed hot with a six-under 66.

Counting Bianca Pagdanganan’s 70, the Filipina parbusters were in a three-way tie for fourth place with Indonesia and Malaysia at 143 after two rounds, seven shots off the frontrunning Japanese squad at 137. Leslie Go’s 72 did not count for the Philippines.