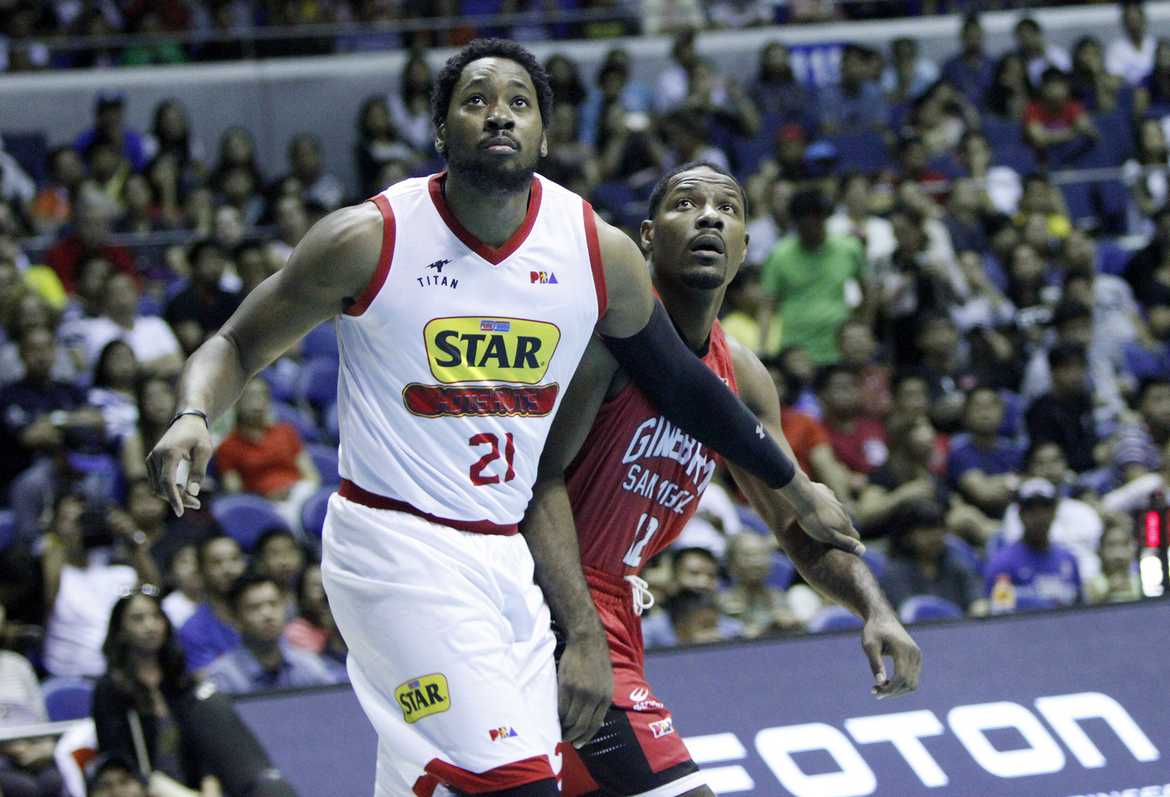 Denzel Bowles used to be on the same side as teammate Joe Devance and mentor Tim Cone with the Star Hotshots. The trio’s relationship in the franchise had been successful over the past few seasons, with a Commissioner’s Cup championship during the 2011-2012 season being the biggest highlight of that run.

On Sunday, during Ginebra and Star’s Manila Clasico showdown, the perspective was different for Cone and Devance. They are both part of Ginebra now, as head coach and player respectively, and they had the chance to share the court with Bowles anew — this time as foes.

Ginebra won a hard-fought battle in the end, 92-87, and both Cone and Devance had high praise for the Hotshots import.

Cone described that 2012 championship as a memorable one, and even added Bowles was “like a big teddy bear” because of his very amiable personality.

“He is a special guy, he has a special personality in terms just being a good guy to be around, he’s funny,” Cone said.

Talking about the Hotshots, who are also in a transition after the off-season’s coach changes, Cone said the team will eventually get better.

Tim Cone on what #ManilaClasico means for both Ginebra and Star: pic.twitter.com/JaAllrKL8w

Devance, who shared countless training sessions with Bowles, added that he is proud of how the import has matured and grown as a basketball player.

“I am really proud of (Denzel) from when he first came to now. From what he’s done not just here in the Philippines but growing as a basketball player, I am really proud of him. He is like my little brother. He’s grown so much and I am very proud of that,” Devance said.

It’s clear the perspective is different this time, but the respect and appreciation Cone and Devance have for Bowles’ greatness remain the same.