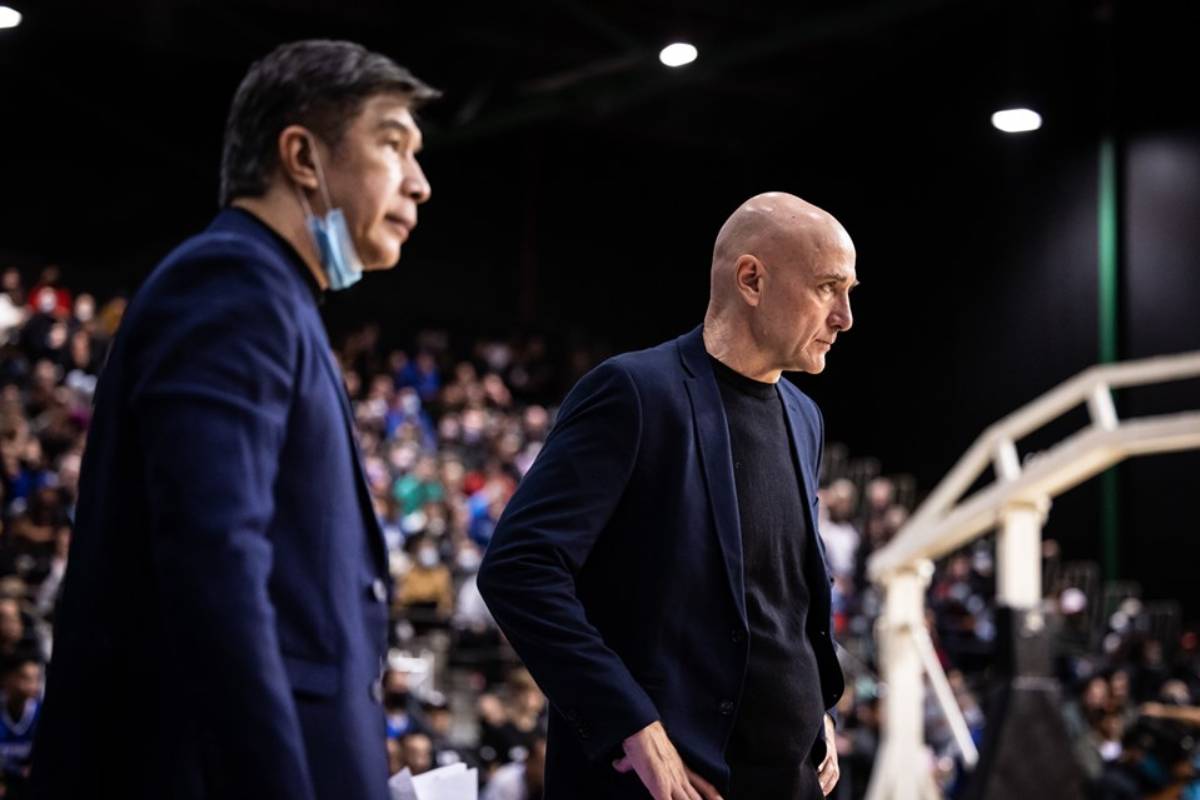 Gilas Men head coach Nenad Vucinic did not have the national team debut that he wanted.

After all, there was no valiant nor brave stand put up by the young and short-handed Gilas team against the Tall Blacks’ A-team.

Well, that was according to the man himself who was visibly disappointed after the Philippines suffered a 106-60 rout at the hands of New Zealand to open the third window of the 2023 FIBA World Cup Asian Qualifiers.

“It’s very hard to find positives with such a heavy loss. There’s no point to focus on the positives.

“We have to eliminate the negative things that we had tonight,” said Vucinic, the Tall Blacks’ former head coach back in the early 2010s.

The Tall Blacks clearly outclassed the young Gilas team at all fronts in the 40-minute affair.

The hosts imposed their height on Gilas that were without Angelo Kouame and only had 6-foot-8 Geo Chiu as their legit center, outrebounding their visitors 47-33. With no interior presence, Gilas allowed the Tall Blacks to score a whopping 52 points in the paint.

“We struggled to contain them in that part of the game — physicality, intensity, and speed,” admitted the 57-year-old Serbian-Kiwi head coach. “And we struggled offensively to get things going. It is a good thing for the young players to understand at what level we need to be in for high-level international basketball.

“Tall Blacks have dominated us in all aspects of the game and it will help us to get better in the future.”

Still, it’s a learning experience for this batch of Gilas, according to lead guard SJ Belangel.

“It’s a great opportunity for us, a lot of things to learn from this game. We are going to bring this game to future games, learn from this and be stronger,” said Belangel, who was limited to just three points on 1-of-6 shooting from the field.

The battle is not over in Auckland for Gilas as the team needs to wake up early for a redeye flight back to Manila.

“We have to get up at 3:00 and then take the 18-hour trip back to Manila. We’ll have a good night’s sleep tomorrow night and get to practice, prepare our bodies for the next game on Sunday.”

And on Sunday, they face another tall team in India at the SM Mall of Asia Arena.