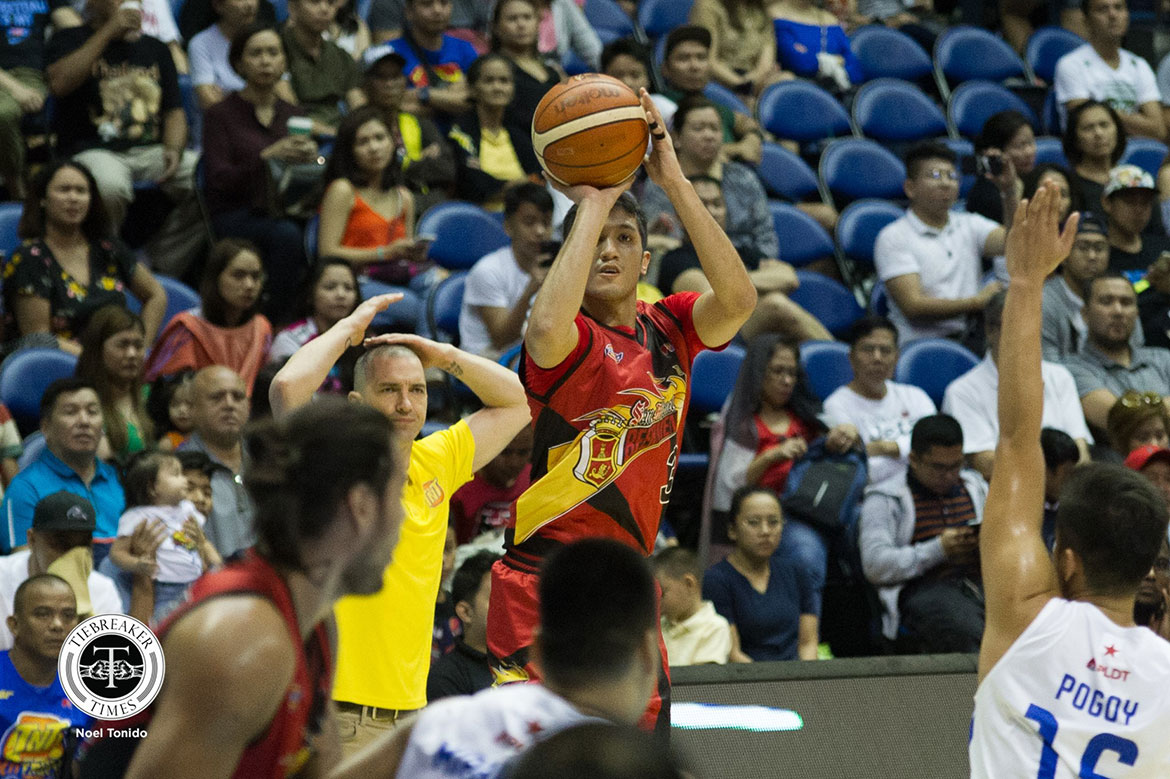 Von Pessumal was feeling it on Sunday night.

The third-year guard had already tied his career-high of 18 markers in just the first half of his San Miguel Beermen’s clash with the TNT KaTropa, a team they’ve been conquering ever since the 2017 PBA Commissioner’s Cup Finals.

The 25-year-old sniper eventually finished with a new career-high of 23 points on an impressive 8-of-14 shooting from the field, including 6-of-11 from downtown. He also collected four rebounds, an assist, and a block in over 34 minutes.

But he can’t celebrate such feat.

Pessumal’s performance went for naught as his Beermen bowed to the Texters, 93-104, no thanks to the latter’s well-deployed attack spearheaded by Jayson Castro and Troy Rosario, who has returned from a broken nose.

The Beermen’s mini two-game winning streak had come to an end.

“I’d rather have zero and get the win,” said a downcast Pessumal, who set his previous career in last season’s Philippine Cup in a 102-90 victory over Barangay Ginebra San Miguel last March 9. “Wala ganun talaga.

Still, it had been a commendable showing by the Ateneo product, and a testament that the Beermen can go deep and not just rely on its dreaded starting unit. For Pessumal, the credit goes to his familiarity with his team.

“I feel like yung familiarity with the team. I’m more than a year na with them, so alam ko na yung mga spots that I should be in … I know where to go, I know when to shoot it, not to shoot it. So just the time with them.”