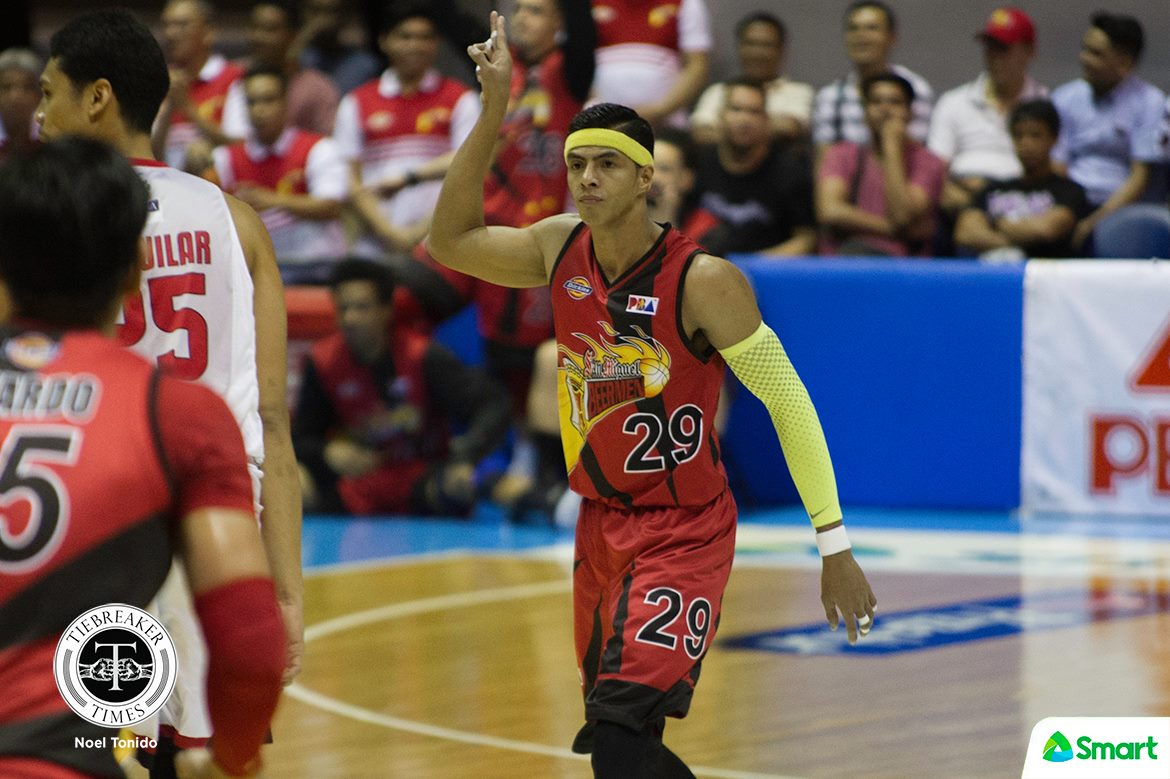 Even with reigning Most Valuable Player June Mar Fajardo hurting, the San Miguel Beermen were in full control in Game One of their best-of-seven semifinals series against the Barangay Ginebra San Miguel. The defending, three-time champions took a 102-90 victory to go up 1-0, Friday evening at the SMART-Araneta Coliseum.

“We know Ginebra is playing really well before this game. It might be na pagod lang talaga sila dahil this is their fourth game in eight days. Mahirap talaga especially against our team na determined to win din,” he added.

Arwind Santos paced San Miguel with 23 points and eight rebounds. Sophomore Von Pessumal turned in a career-high performance of 18 points spiked by four triples, along with three boards and two assists, while Marcio Lassiter had 17.

The Beermen had already taken the driver’s seat in the second frame, but it was in the third canto where they went full throttle by turning an 10-point lead to 19, 64-45, after an 11-2 run ended by Lassiter’s trey with 7:01 on the clock.

SMB then kept their foot on the gas. Ginebra still tried to race back, as they closed by 12, 82-94, but back-to-back triples by Lassiter and Pessumal gave San Miguel a 100-82 edge and made it a done deal.

Alex Canagnot chipped in 15 points and six assists for the Beermen. Reigning MVP June Mar Fajardo, who took a brief break in the third after hurting his back, had nine points, seven rebounds, three assists, and two blocks.

Chris Ross, despite scoring just six, was all over the place with eight dimes, five caroms, and three steals.

Japeth Aguilar, Scottie Thompson, and Sol Mercado each produced 17 markers apiece for the Barangay on a combined 21-of-38 field shooting. Aljon Mariano was just a rebound shy of double-double with 12 points and nine boards.

Both Ginebra and San Miguel each lost a player this Game One, with their respective statuses for the next game still unknown. SMB were hit first when they lost David Semerad, and Ginebra followed suit with Paolo Taha.

The two, coincidentally, left the game due to apparent leg injuries.