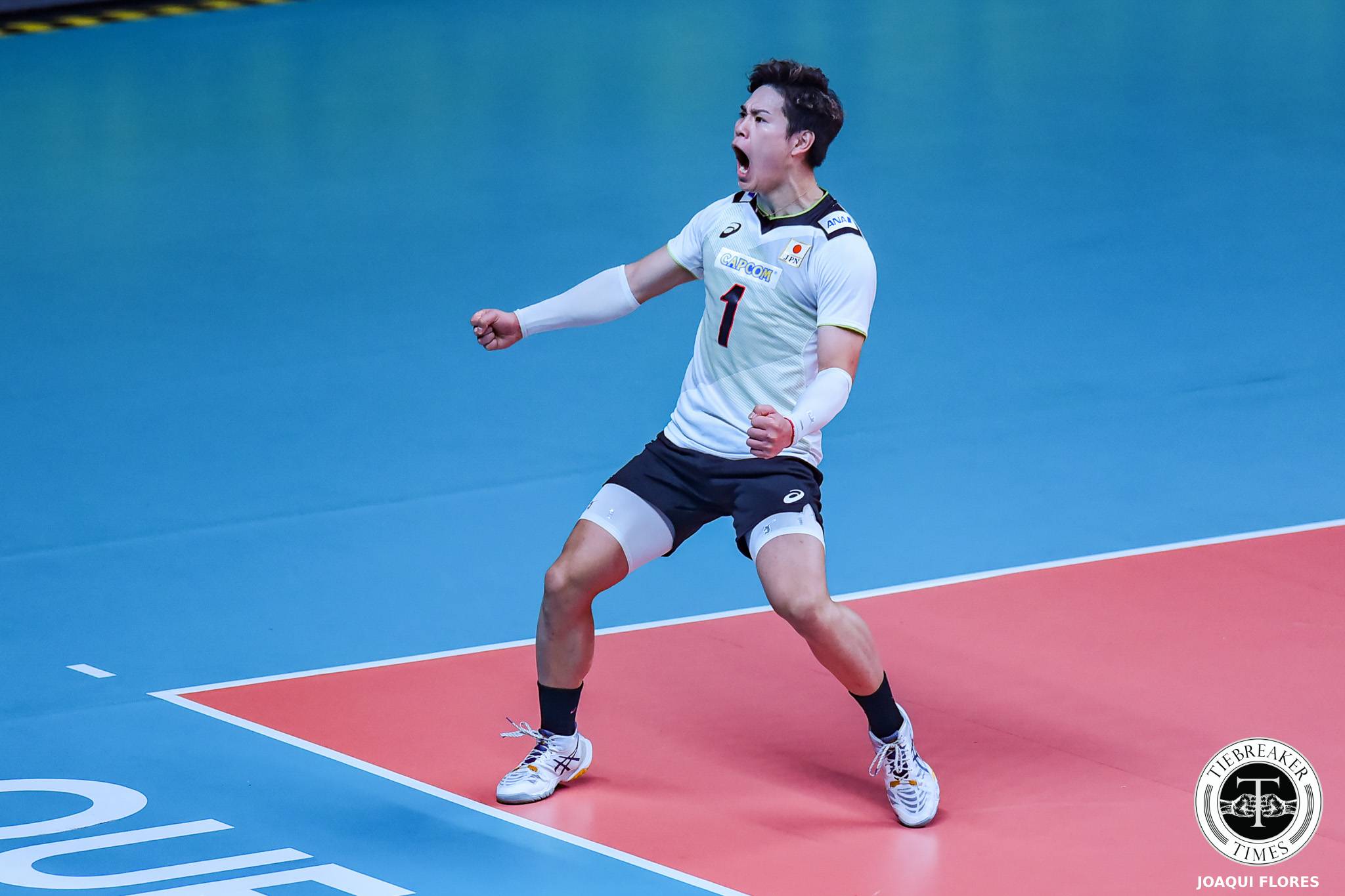 Japan fashioned a come-from-behind victory against Italy, taking a thrilling 25-20 21-25 24-26 25-19 15-13 victory, in the 2022 FIVB Volleyball Nations League, Friday evening in front of a jampacked SMART Araneta Coliseum in Quezon City.

It was Japan’s third straight win and they went up to a 5-1 win-loss record (15 points), just behind France and Poland on set ratio and ahead of the USA on match points.

Japan jumped ahead in the fifth and final set, but Italy’s block saw the game at 13-all. Yuji Nishida sent Ryujin Nippon into the match point and then Ran Takahashi denied Yuri Romano for the finish.

Nishida paced the world’s number 10 squad with 28 points on 22 attacks, five service aces, and a clock.

“Every Italy player’s block and spike are high-level. Our team needed to communicate and rebound and play our style. So, this win is very huge for us,” the JTEKT Stings ace player said.

Italy took early control of the opening set before Japan found its way into the frame banking on transition attacks. Three consecutive service aces from Nishida put the Asian side up to 18-15 before eventually bagging the opener on his own cross-court kill, 25-20.

The reigning European champions jumped off to another solid start in the following set with their net defense in full display and with Japan’s block coverage in disarray. Japan came from 6-13 down to within one at 17-18, but hitting errors in the crucial points of the set gave the equalizer to Italy.

Japan stepped into the driver’s seat to start the third frame with their positive receptions turning into attacks. Italy though had other plans and pierced through Japan’s defense to bag the set advantage at 2-1 in an extended frame at 26-24.

In the fourth set, Japan extended a precarious 20-17 margin into a 23-17 lead after back-to-back middle kills from Akihiro Yamauchi and a service ace from captain Yuki Ishikawa. An error on the service line from Daniele Lavia sent the match into a decider.

Japan will face fellow leaders France (5-1) in another highly anticipated battle on June 25 at 3 p.m.

Lavia carried Italy on an all-around scoring with 22 points on 18 attacks, three blocks, and a service ace. Alessandro Michielletto and Romano both ended with 16 markers with each of them scoring 14 attacks and two blocks.