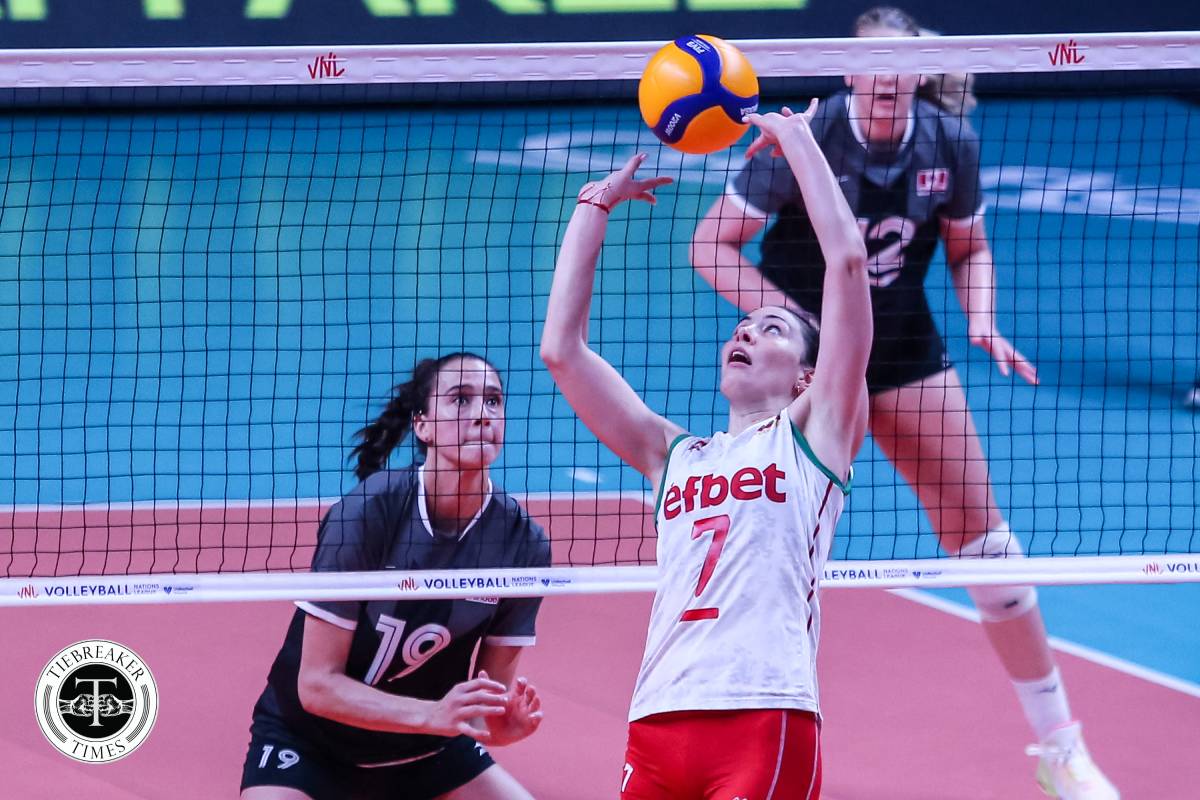 Bulgaria pulled off a stunning upset over Canada after emerging victorious on a straight-set win, 26-24, 25-22, 25-21, in Week 2 of the FIVB Volleyball Nations League, Saturday noon, at the SMART Araneta Coliseum in Quezon City.

Lorenzo Micelli’s wards put up a tough fight against Canada after carving out a 15-13 advantage midway through the first set. Both teams eventually figured in a back-and-forth battle but a block by Mira Todorova sealed the opening set for the Bulgarians on a 26-24 victory.

A tightly-contested second set ensued and went the way of Bulgaria once again. The team successfully erased a four-point lead by Canada to nab a 25-22 win.

In the third set, Silvana Chausheva and Miroslava Paskova connived as they led Bulgaria in sustaining its strong momentum en route to a 25-21 triumph.

“Everybody is happy when we win so we’re happy. We were prepared and we’re focused on these games against Canada and Belgium,” said Maria Yordanova after powering her team to a crucial victory. “Every game is important and tomorrow also is really important so we’ll fight and we’ll see what will happen.”

Lora Kitipova orchestrated the team’s offense well as Bulgaria gained a 50-45 advantage in terms of attack points. The number of errors served as the difference-maker between the two teams as Canada committed a total of 16 as compared to their opponents’ nine.

“I would say it’s pretty up and down personally and as a team,” claimed Kiera Van Ryk after absorbing a sweep in their final game in the Philippine Leg. “We probably have to win all our games in the next round. Obviously, that’s our goal — to be the best team that we can be here and do the best that we can. We’re trying to take it one game at a time, go home, recover, and go out strong when we go back to Canada.”

Van Ryk led her team with 20 markers on 17 attacks and three service aces. Emily Maglio also provided a lift with 13 points on nine hits and three blocks in a losing effort.

With the loss, Canada has already concluded its Week 2 campaign and is currently holding a 3-5 record for the 10th spot in the standings.