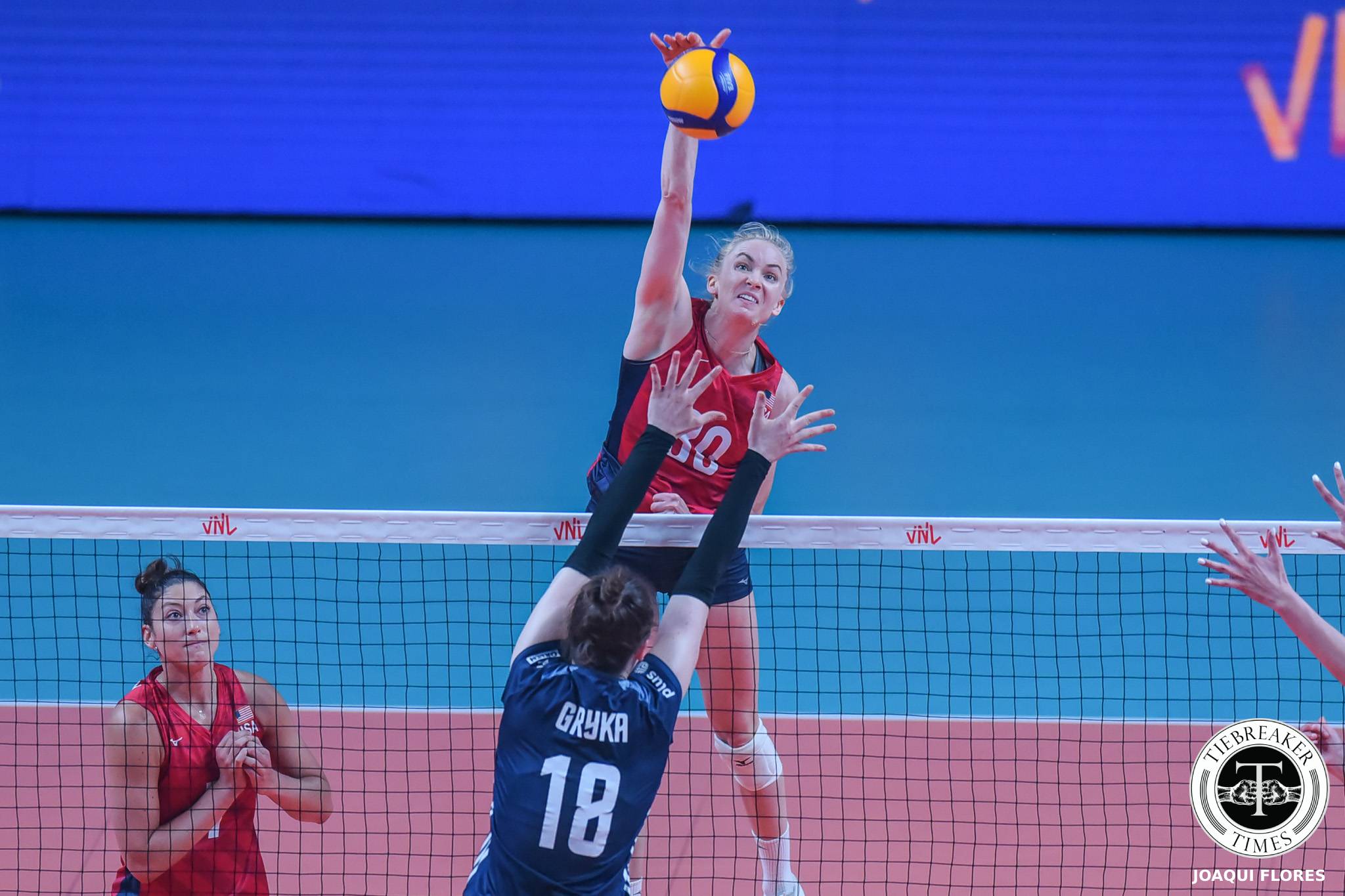 Team USA proved to be too much for Poland, taking a 25-12, 25-21, 25-16 sweep for their second straight victory in the 2022 FIVB Volleyball Nations League, Friday morning at the SMART Araneta Coliseum in Quezon City.

A pair of fresh talents starred for the reigning three-time VNL champions as Alexandra Frantti topped the scorers with 18 points on 15 attacks and three blocks and Nia Reed added 12 markers on 11 attacks and one block.

Team USA was aggressive from the get-go firing 16 attacks at the first set. Errors from Poland, six to be exact, made it easier for the USA to take the set handily, 25-12.

It was a different start to Poland’s game in the second set as they jumped into an early 6-4 lead. The Poles kept it close even with the USA snatching the lead, but setter Lauren Carlini was able to activate her different points of attack as the Americans eventually bagged a closer 25-21 second frame.

Blocking also put the current Olympic champions afloat in that second set, where four blocks came from four different players and where touches made the Polish attackers commit four errors on the attack.

Frantti, though, said that they still need to work on that department. She said, “You know we talked a lot about setting up a good block. We were so close and we just do a little bit more, having our discipline on our blocks and then have our early systems for that.”

With momentum on their side, the Karch Kiraly-mentored side cruised to a 12-7 advantage heading into the final technical timeout of the match. Poland had some stretches of better passing leading to attacks, but ultimately the USA went on to take the set and the match.

Outside hitter Martyna Czynianska was the only Polish player in double digits, ending with 12 markers on 10 attacks, one block, and one service ace. Martyna Lusasik chipped in eight points, all coming from attacks.