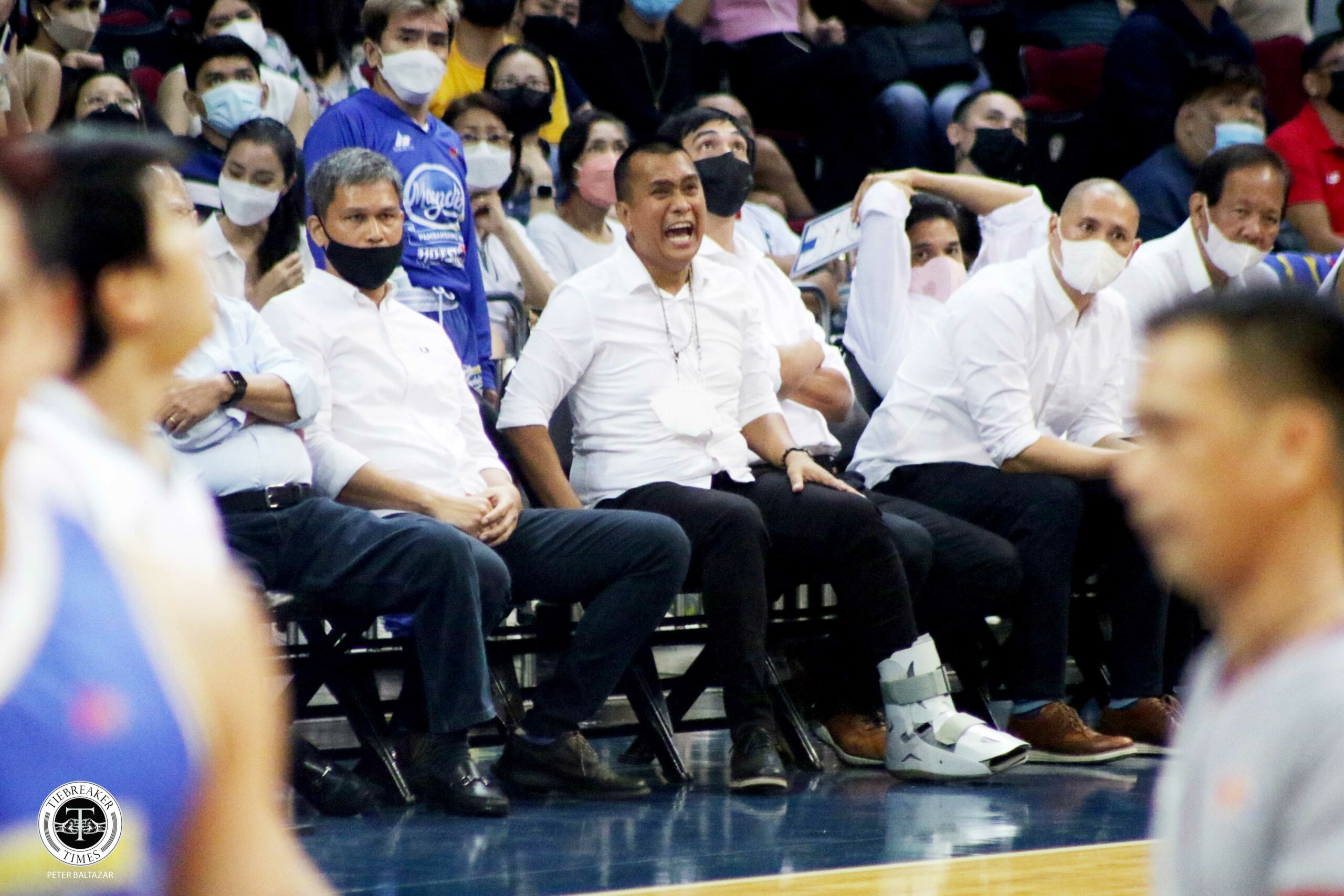 Magnolia head coach Chito Victolero was seen wearing a protective boot when he called the shots in their PBA Commissioner’s Cup debut, Wednesday.

And he may have to put it on for a long while. The former cager turned mentor disclosed that he tore his left Achilles during a pickup game over the weekend, with a surgery scheduled around next week to have it repaired.

It was a tough predicament for the 46-year-old, who said that he never suffered any major injury during his decade-long playing career.

Victolero was dragging his injured feet, though he managed to lead his side to a 100-92 win over Terrafirma to start the conference on a high note.

He was even assisted by assistant coach Tonyboy Espinosa and import Nick Rakocevic as they made their way to the dugout after the postgame presser.

If it’s any consolation, though, the champion bench tactician doesn’t think that he will have to miss games because of the injury. “I think wala naman. Hopefully,” he said. “After the surgery, according to Dr. [Raul] Canlas, it takes one to two days. I can walk, but naka-crutches ako.

“So, ‘yun lang. Siguro mga two weeks ‘yun na naka-boot ako, and then after that, I can start walking na,” added Victolero.