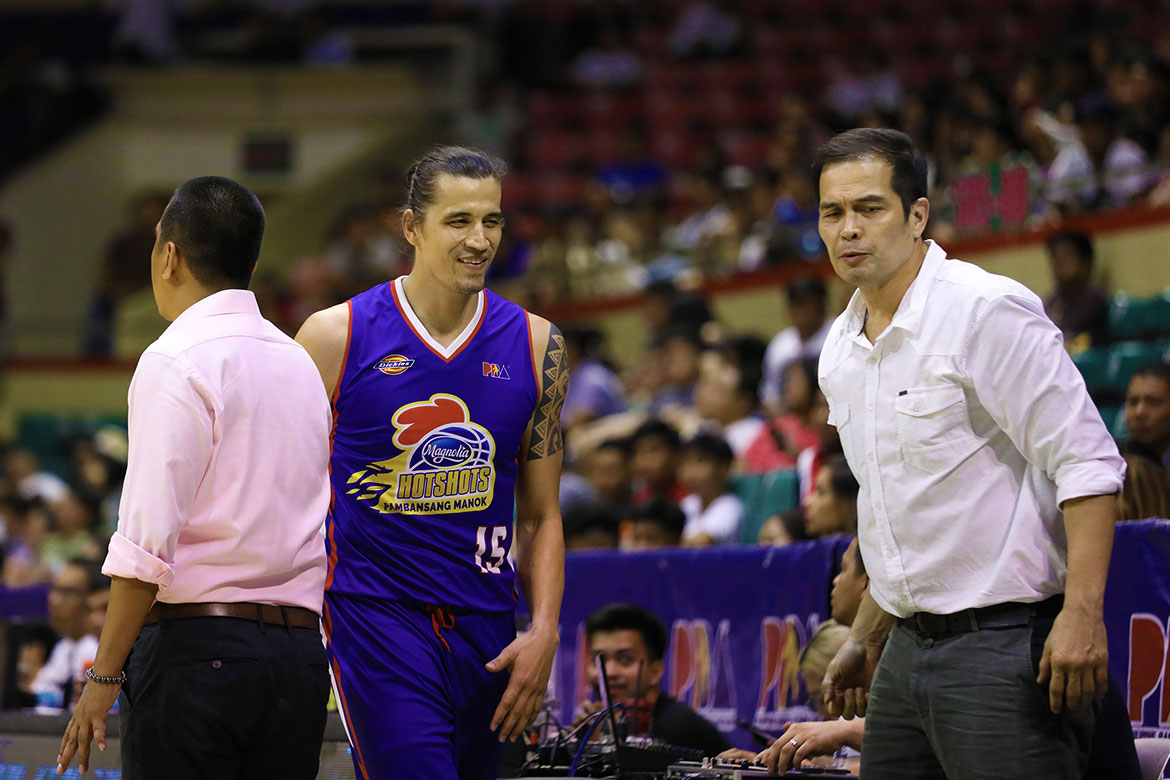 The 39-year-old forward is currently undergoing rehabilitation from injuries. The Hotshots patiently await his decision regarding the upcoming PBA season, which — if everything falls into place — could raise its curtains by next month.

Pingris, according to reports, has been contemplating retirement, in part due to the slew of injuries he has suffered the past few years.

The nine-time PBA champion tore the anterior cruciate ligament (ACL) on his left knee during their 2018 Philippine Cup semifinals series versus NLEX, and he has played sparingly since.

The three-time Defensive Player of the Year only saw action for a total of 21 games the following season. He also had lowly per-game averages of 3.4 points and 3.7 rebounds in only 14.7 minutes of play.

He was not able to play in the Philippine Cup bubble last year, no thanks to a nagging calf injury. And he was badly missed, as his team bombed out of the quarterfinals after bowing to Matthew Wright and Phoenix.

Interestingly, though, Magnolia got one of the Fuel Masters’ stars in Calvin Abueva via trade last February. And many are hyping the idea of him teaming up with Pingris — just like on Gilas Pilipinas not so long ago.

That remains to be seen, though, with the 40 Greatest Players member calculating his next move carefully.

But if there is a sign of good things to come, that should be the progress of his recovery that has made the youthful coach glad.