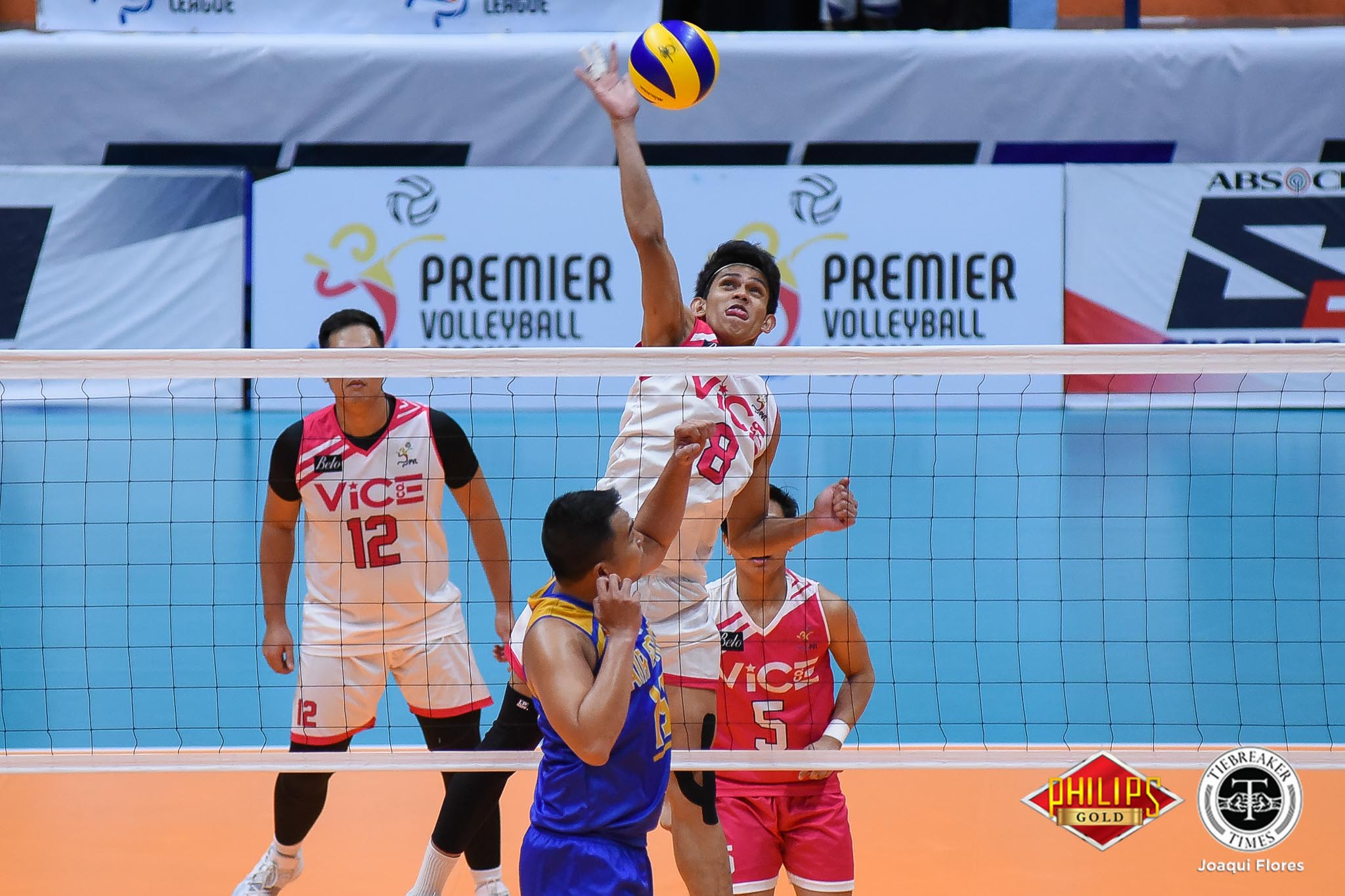 With their backs against the wall, the Vice Co. Blockbusters eked out a character-building win over the Philippine Air Force Jet Spikers in five nerve-racking sets, 25-22, 16-25, 25-23, 29-31, 17-15, in the Premier Volleyball League Men’s Reinforced Conference Semifinals at the Filoil Flying V Centre.

Up by a two-sets-to-none advantage in the third, the Blockbusters looked to close out the game, 24-23. But Bryan Bagunas just wouldn’t back down, tying things up with a down-the-line hit. After a series of timely hits and reception errors, both teams found themselves knotted anew, 29-all. However, a Jude Garcia error before a Bagunas hammer forced a decider, to the dismay of Vice Co. head coach Rey Diaz.

The Blockbusters bounced back in the decider with a 13-9 headstart. Playing catch-ball once again, the Jet Spikers mustered a 5-1 blitz to even the score, 14-all. In the next play, Bagunas snagged the lead with an off-the-block hit, but Garcia responded with his own, keeping his team alive, 15-all.

Though Air Force are the more mature team, they still crumbled in the ensuing possessions after committing a reception error, followed by a Richard Solis kill, icing the victory for the Blockbusters.

FEU standout John Paul Bugaoan, who finished with 24 points, led the charge in the early sets. Garcia and Paolo Pablico anchored down the stretch for Vice Co. with 17 and 12 markers respectively.

#ReadMore  FEU caps first round with masterful beating of NU

Both teams will figure on a do-or-die standoff on Friday, July 6, at the same venue.