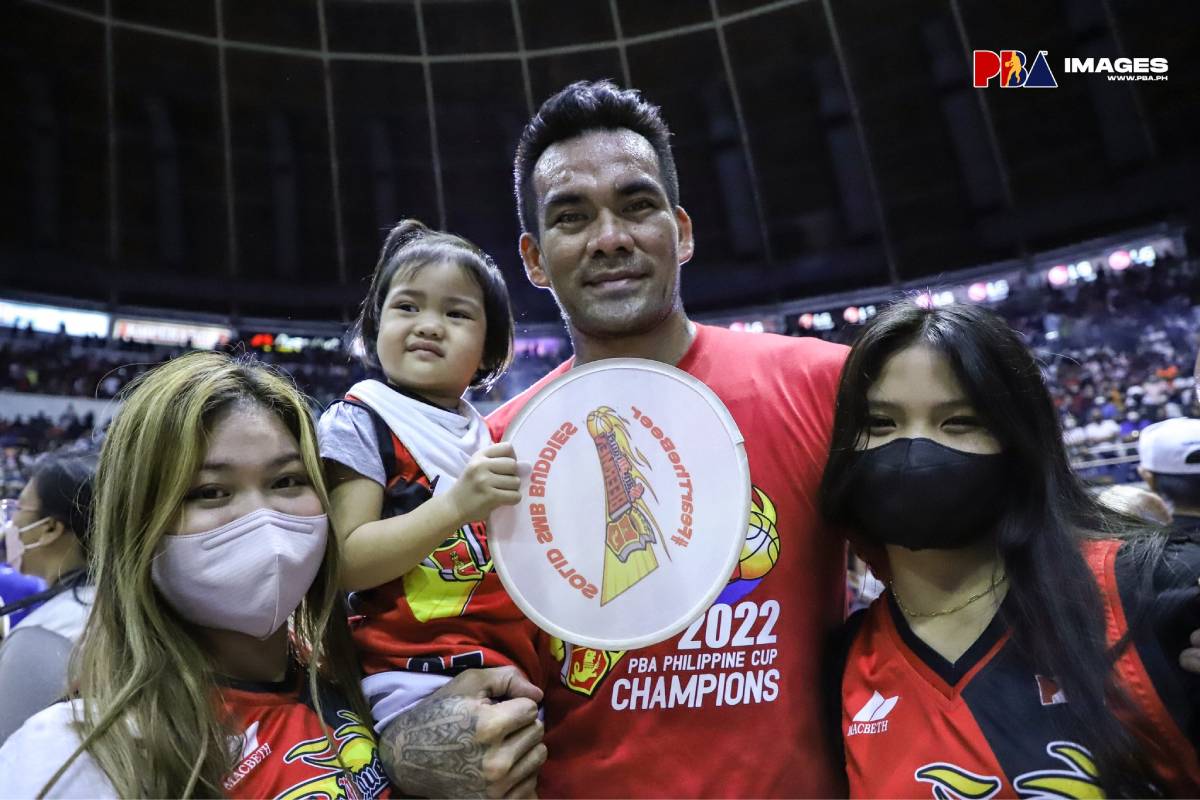 That sweetness brought by winning a championship easily took away all the bitterness Vic Manuel tasted when he fell short multiple times in the past.

The ‘Muscle Man’ on Sunday night finally reached the pinnacle of success as San Miguel took out TNT to rule the 2022 PBA Philippine Cup, marking the proud ball club’s return to that very same throne after a three-year wait.

Prior to this, Manuel reached the Finals five times, but failed to win one in all of those instances. Three of the losses he suffered were at the hands of SMB, including that ‘Beeracle’ run in the 2016 Philippine Cup finale.

The 35-year-old himself is well aware of that irony, but that hardly matters to him. All that he wants is to satisfy that hunger for gold, the reason why kept the faith that he’ll do so one day despite the many heartbreaks.

Manuel finally did. And he accomplished as much by playing an integral role in the clincher, contributing 16 points and seven rebounds.

Now that he has, at last, felt how it’s like winning a championship, Manuel isn’t settling just for one as he guns for more moving forward.