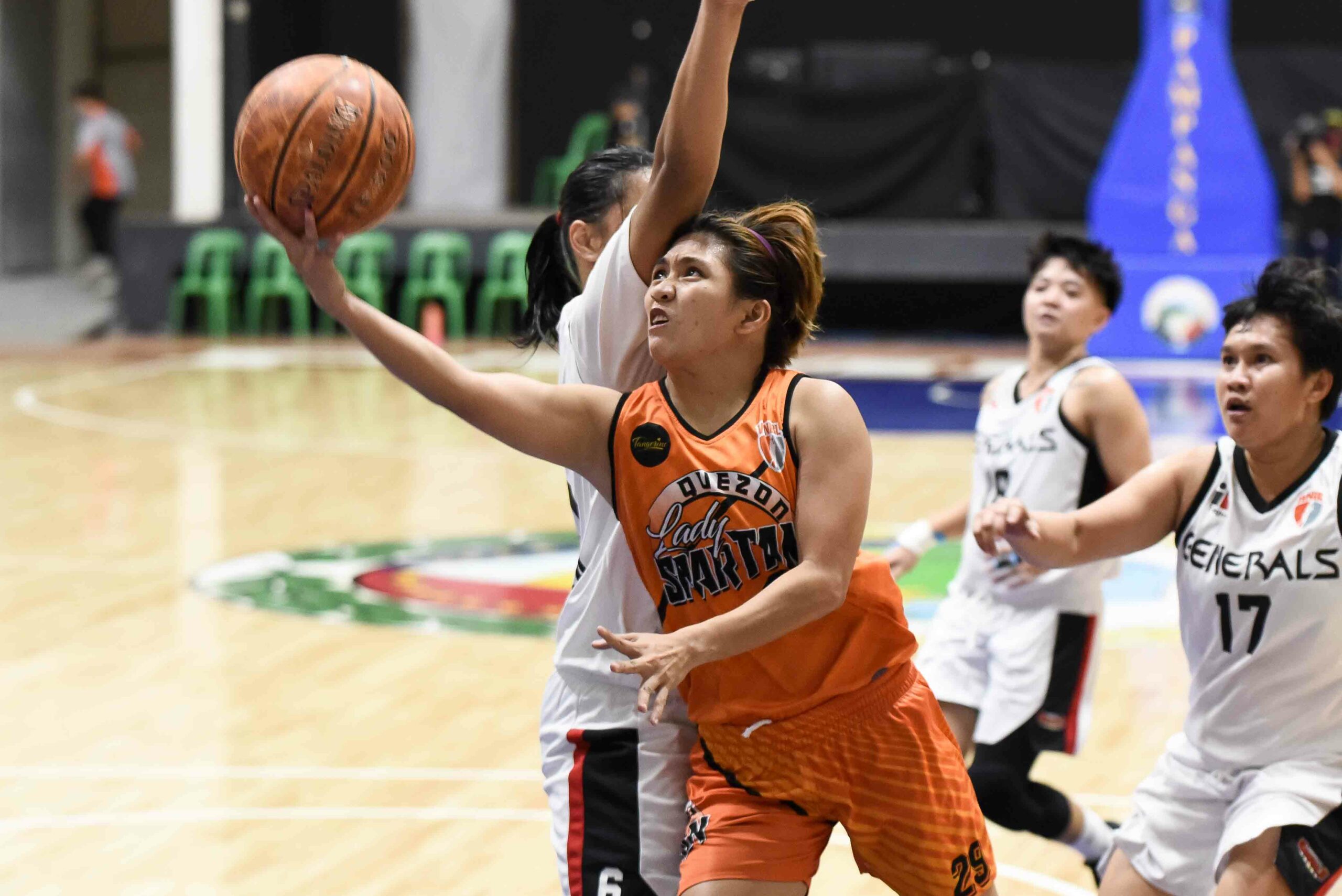 The Lady SparTANs used a huge second half to turn back Taguig and remain in the running for the final playoff spot, 72-59, Sunday in the Pia Cayetano WNBL Season 2021 at the Bren Z. Guiao Convention Center in San Fernando, Pampanga.

Quezon will face Parañaque in the best-of-three semifinals.

Down by two at halftime, the Lady SparTANs started the third period with 10 straight points to grab a 39-31 lead with 6:18 to go.

Then they did it again come the fourth quarter, but even better and stronger.

A jumper by Kath Araja gave Quezon its biggest margin of the game at 18, 68-50, with three minutes remaining. 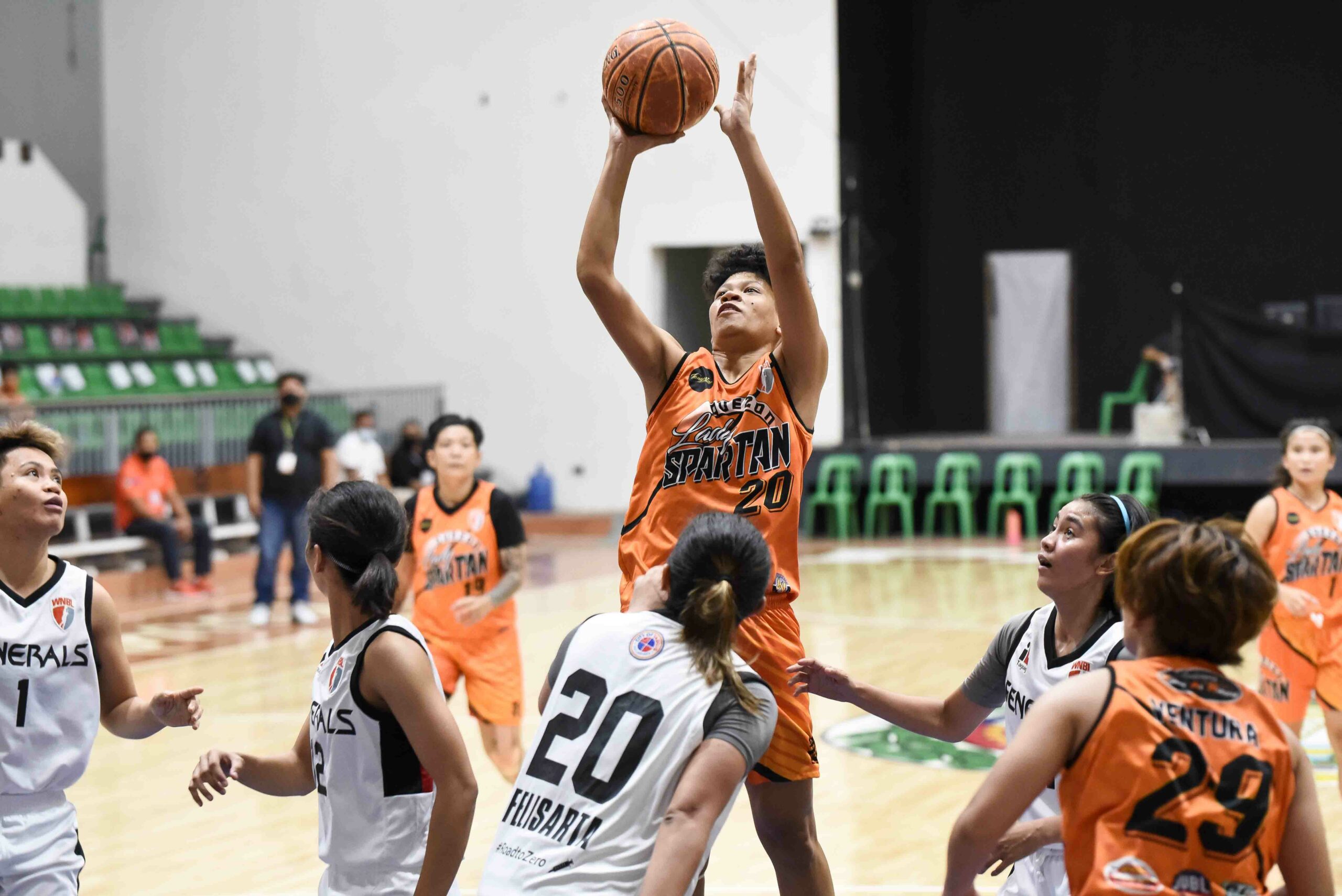 Chicky Faraon bounced back from her five-point effort yesterday with 18 points, nine rebounds, and four steals.

Jo Razalo added 13 points and 12 rebounds of her own. 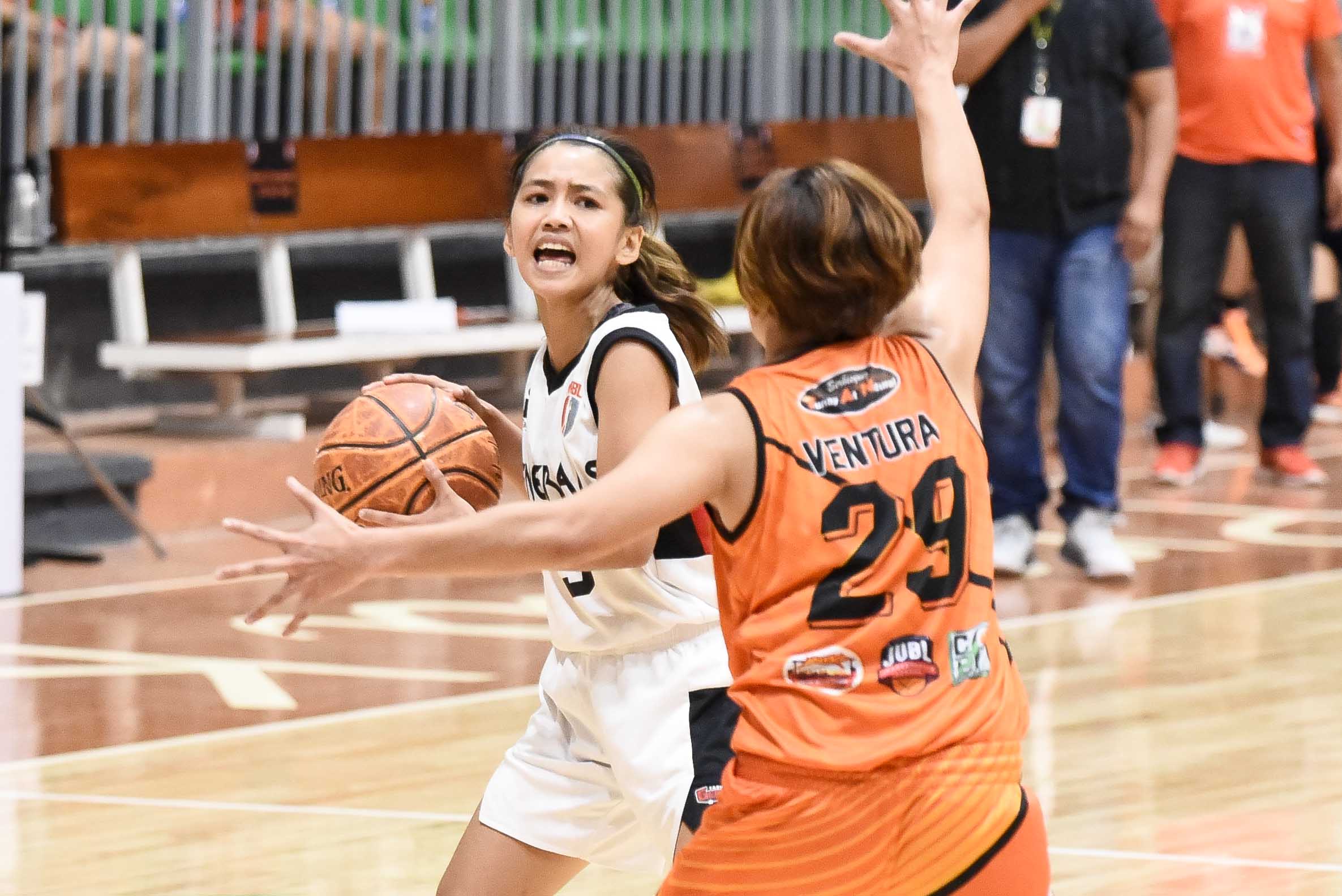 Tin Capilit did everything in her power to lift Taguig in the losing cause with 22 points and five assists.

Wiz Duazo chimed in nine points while Chu Bacaro was held to just eight points after going for 21 in their last game.

The Lady Generals stayed at third place at 4-4 and will face Glutagence in the semis.