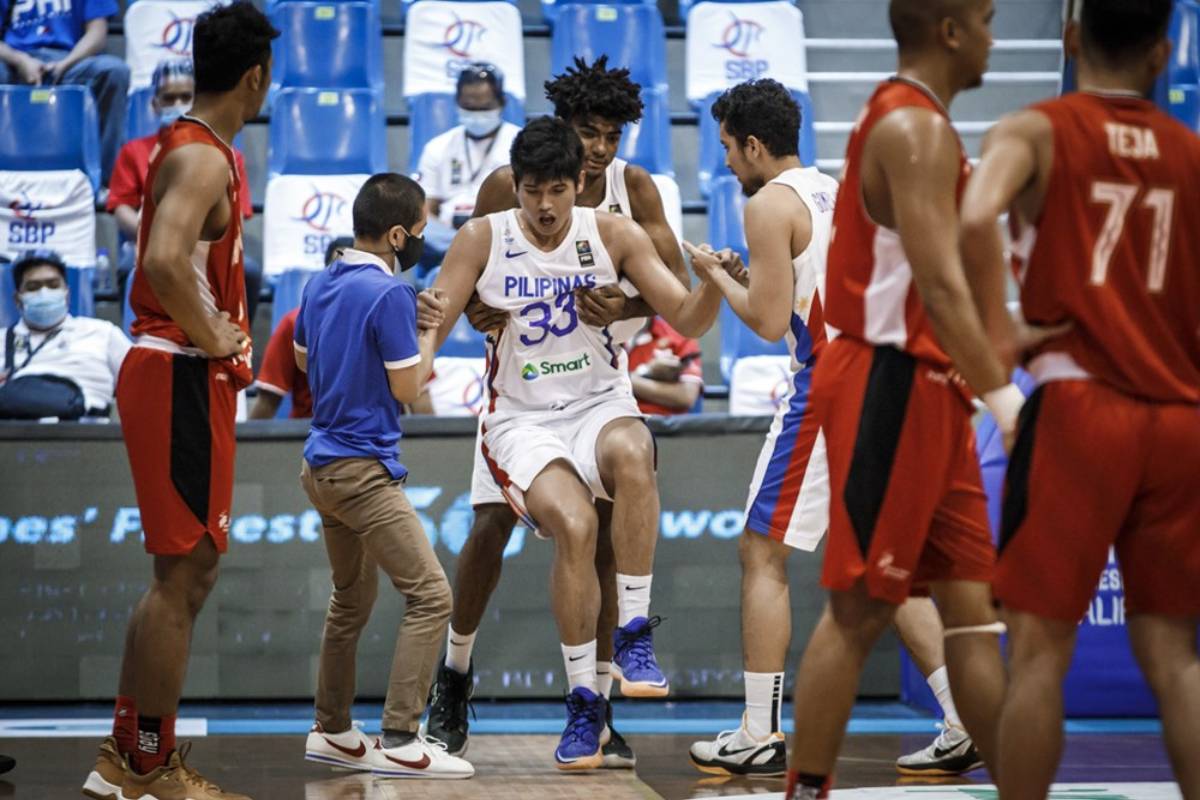 Carl Tamayo has become doubtful for Gilas Pilipinas’ round two game versus South Korea on Sunday in the final day of the 2021 FIBA Asia Cup Qualifiers’ Clark window.

The 20-year-old forward was wheelchaired out of the AUF Sports & Cultural Center.

According to head coach Tab Baldwin, Tamayo’s injury is a Grade One left ankle sprain.

“But it might be upgraded once the swelling subsides.”

Tamayo has been a pivotal rotation player for Baldwin in this window.

Against Korea, he logged 11 minutes and finished with 10 points. Against Indonesia, he had six points, four rebounds, two assists, and two steals, and was a plus-12 before going down with the injury.

Baldwin bared that Tamayo will not be practicing tomorrow while they await the advice of the team’s doctor.

“He won’t be active tomorrow. On Sunday, I don’t think it’s probable, but I will have to wait for the doctor’s advice.”