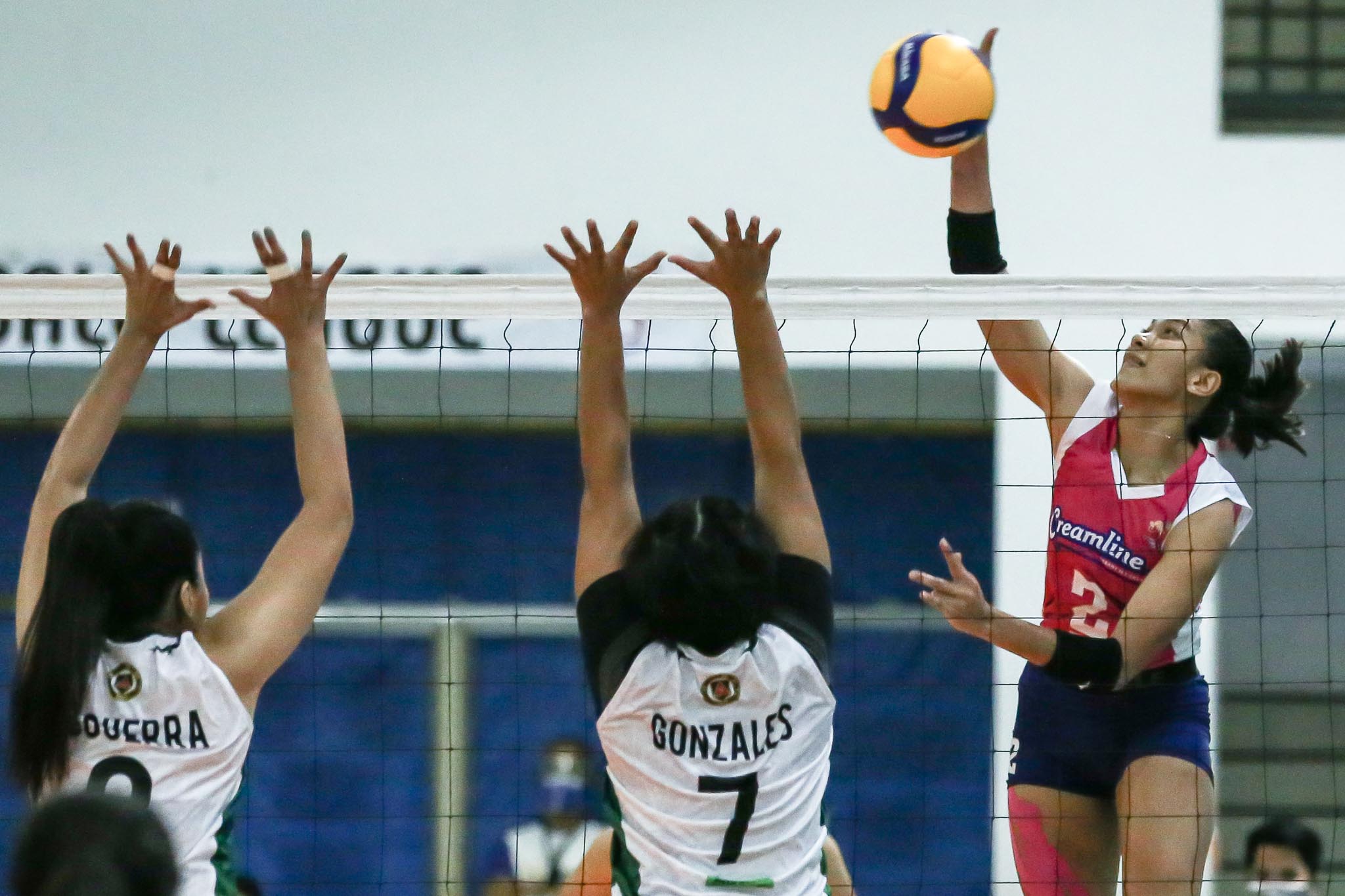 With the Cool Smashers scoring the first two points of the fifth set, the Lady Troopers made sure to answer with a 9-1 outburst to take a commanding 9-3 advantage.

Michelle Gumabao stopped the bleeding for Creamline with a cross-court kill and a hit from Jeanette Panaga, followed by two errors from Army, sliced the lead to just two points.

Ging Balse-Pabayo restored order for the Lady Troopers but Gumabao and Tots Carlos willed the Cool Smashers to just one, 9-10.

A Balse-Pabayo block and an attack error on Creamline’s side stretched the lead to three, 12-9, before Carlos, Panaga, and Alyssa Valdez, respectively, tied the scores at 12.

Carlos put the Cool Smashers ahead with a soft touch before Jean Delos Reyes locked the scores once more.

Valdez pulled Creamline at match-point before Army botched an attempt to seal the 15-13 win for the Cool Smashers.

Carlos fired a game-high 26 points built on 24 attacks and two aces while Valdez still found a way to collect 20 markers along with 17 excellent digs for the 3-0 Creamline.

Kyla Atienza ended up with 23 excellent digs and 17 excellent receptions while Jia Morado churned the offense with 37 sets along with three points.

Army tripped a sleeping Creamline in the opener, zooming to a 1-0 advantage after a surprise 25-20 win in the first set.

The Rebisco-backed squad then surged to a 25-15 win in the second set before the Lady Troopers survived a deuce in the third to take a 2-1 lead.

Jema Galanza, who is still not at a hundred percent due to a right knee injury, provided the spark in the fourth set as Valdez and Carlos scored the final hits to send the game to a 2-2 deadlock through a 25-19 performance.

Jovelyn Gonzaga finished with 18 points and 20 excellent digs while Royse Tubino had 14 markers, 17 excellent digs, and 18 excellent receptions for Army, who dropped to a 1-2 card.

Creamline will take on a struggling PLDT squad on Sunday at 1:00 PM while Black Mamba-Army will have a two-day break before facing Sta. Lucia on Monday at 6:00 PM.